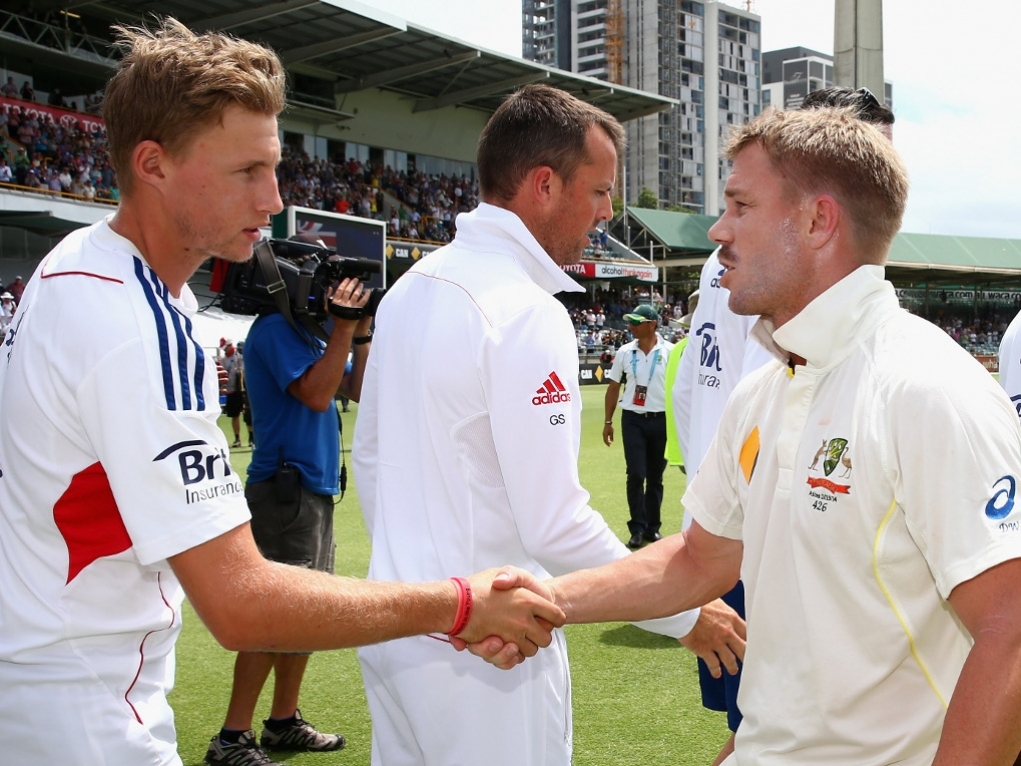 England batsman Joe Root has responded to Australia batsman David Warner's accusations of racism, saying that anyone who knows him would agree that such allegations are 'ridiculous'.

Warner told the Sydney Morning Herald that he punched Root in a Birmingham bar in 2013 because, while drunk, he felt that the England man was making fun of Muslims by wearing a wig as a beard.

At the time, it was reported that Warner thought Root was making fun of South Africa's bearded batsman Hashim Amla, and this interview confirmed that, with Warner saying: "When people are drunk that's what they do but I thought it was a bit inappropriate the way he went about that stuff so I went over and tried to take it off him.

"I just think in today's society you shouldn't be fooling around with that kind of stuff. And he probably didn't mean anything by it at all but I just thought… actually I can't say I thought…

Root responded to the allegation on Twitter, writing: "Disappointing to have my character questioned – those who know me realise how ridiculous Warner's excuse for hitting me sounds but that's his choice to try and justify his actions.

"I'm just extremely excited about next week and getting back out there."