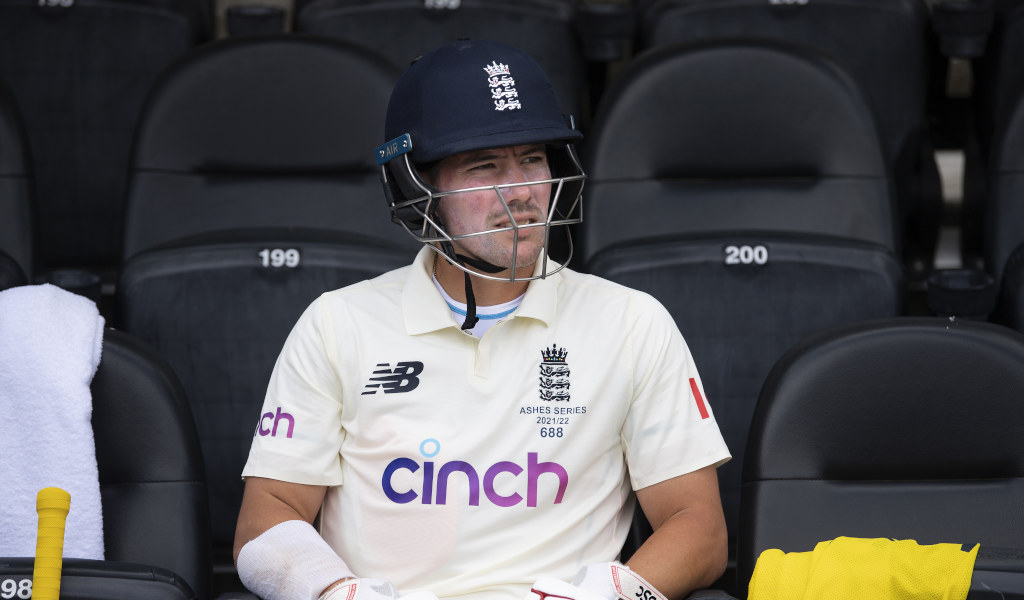 Opener Rory Burns suffered a second failure of the match as England began the mammoth task of batting their way back from the brink in the first Ashes Test.

Faced with a first-innings deficit of 278 after they finally dismissed the hosts for 425 at The Gabba, England knew they needed a huge rearguard action to avert defeat.

At tea they were 107 for two, Dawid Malan and captain Joe Root holding the fort for their side with a bright stand worth 46. Burns, who lost his leg stump to the first ball of the series, was spared the ignominy of a pair when DRS overturned an lbw decision in the opening over but fell for 13 to a brutish delivery from Pat Cummins.

Haseeb Hameed also succumbed for 27, leaving Malan (35no) to dig in alongside key man Root (26no).

England had earlier taken the last three Australian wickets for 82, Mark Wood finally ending a remarkable knock of 152 from Travis Head to close the innings with a decisive yorker. Wood took each of the last two wickets after another gruelling morning for the bowlers, finishing with three for 85.

All eyes were trained on Burns given his day one debacle and he appeared to bow to the pressure by allowing Hameed to take the first ball. The left-hander usually prefers to face up, having done so in 52 of his previous 54 Test outings, but he was soon in Starc’s sights.

Shuffling across the stumps to his third ball he was pinned in front by the left-armer, whose loud lbw shout was upheld. Burns signalled for a review and was relieved when ball-tracking showed the delivery sneaking over the top.

Aside from one nice pull he never looked secure and having reached lunch intact he was gone immediately after the restart. Cummins got one to spit angrily off a length and Burns could not stop it brushing his glove as he backed off.

Australia kept asking questions, Cummins probing Hameed’s technique with quick inswing and Nathan Lyon targeting new man Malan. With eight to his name the number three left a ball that scooted on and missed his off stump by little more than a coat of varnish.

The pair held out for 12 trying overs until a minor misjudgement from Hameed saw him flick Starc off his hip and into Alex Carey’s gloves. A third breakthrough before tea would have knocked the stuffing out of England, but Malan saw a thick edge land safe and Root was grateful when a sweep just evaded the short-leg catcher.

As tea came into view, England moved up a gear with Root starting to unpack his repertoire of scoring options, timing a couple nicely off the seamers and putting the pressure back on Lyon.

Malan came out of his shell too, powering the spinner to the off-side ropes twice in four balls as the stead reached 46 by the interval.