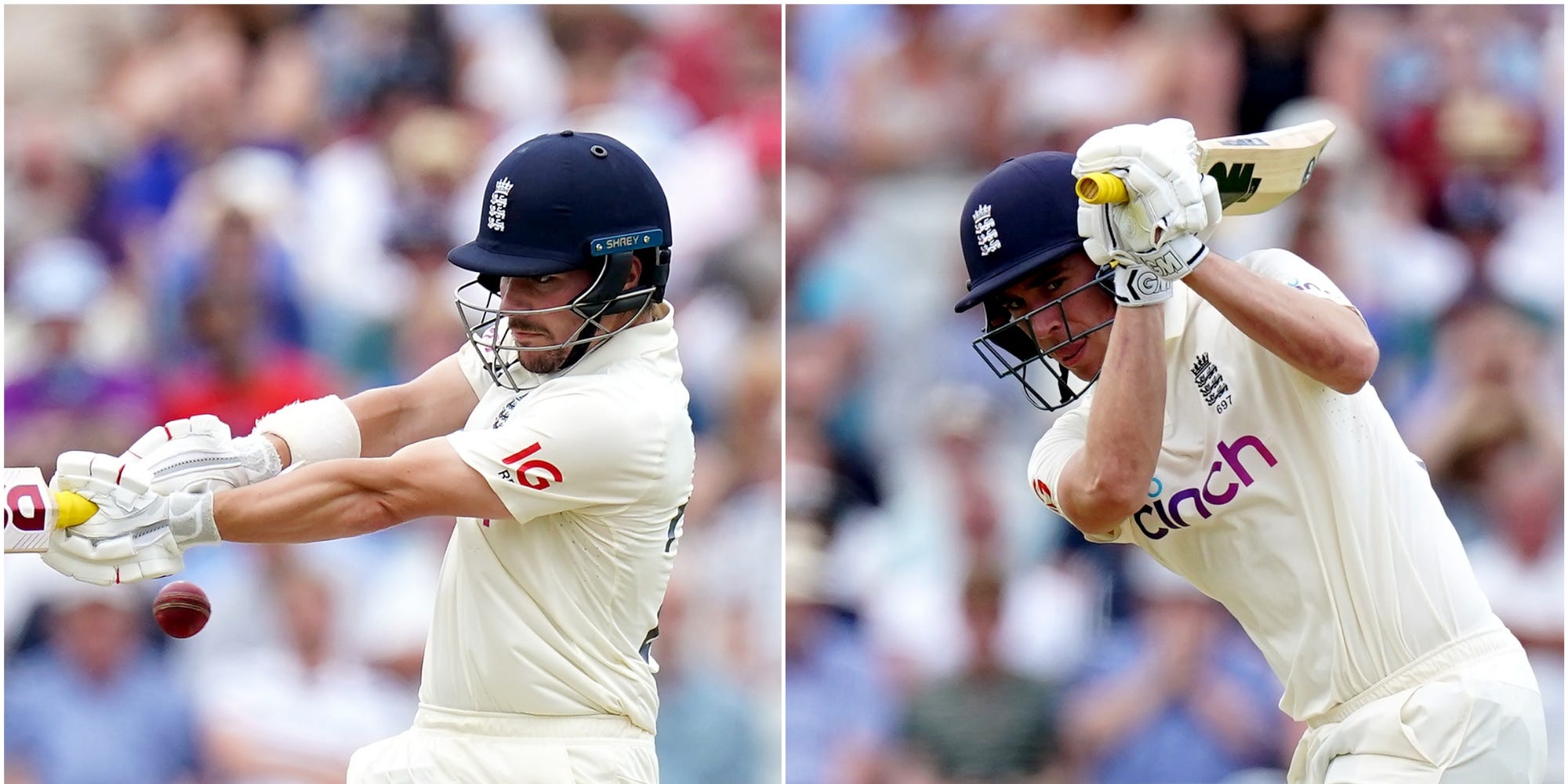 Rory Burns top-scored as England battled out an evenly-poised first day of the second Test against New Zealand, but was more impressed by a sparky knock from Dan Lawrence late in the day.

Burns put in a solid shift for his side at Edgbaston, batting out more than two full sessions and facing 187 balls for his 81 – a crucial component in the hosts’ 258 for seven.

But when he and James Bracey edged successive Trent Boult deliveries, things were looking dicey on 175 for five.

Enter Lawrence, who came through a streaky start to put together an increasingly authoritative 67 not out that helped rebalance the scales before stumps.

In all he hit 11 boundaries, including a couple of sweetly-struck fours through the off side and a trademark flick of the wrists that fuelled the festivities of the 18,000 in attendance. That was the largest home crowd for an England match since the pandemic started and Burns shared their audible approval of Lawrence’s efforts.

“It was good to watch wasn’t it? Loz played beautifully,” he said.

“It was slightly two-paced and lent itself to a good old-fashioned day of Test cricket really. He enjoys his flair and some of his shot-making was brilliant today. I was watching inside with Sibs (Dominic Sibley) and he hit a punchy cover drive…it was a dot in the end but I was like ‘what a shot that is’.

“How he played there and how he managed to be so fluent on that kind of surface was really impressive. We’ve got three wickets left to add as many runs as possible and hopefully Dan can keep going.”

While Burns was less explosive, he has tapped into a rich vein of form for both Surrey and England this summer and was beginning to entertain ideas of back-to-back centuries after a productive outing at Lord’s last week.

“It would have been nice wouldn’t it, but I fell slightly short today,” he said.

“To back up the runs at Lord’s with another good score is something I’m pretty happy with, but I’m disappointed not to get it home and hear my name sung a little bit louder.”

Warming to the theme of the stadium’s raucous atmosphere, which was a stark difference after a year of bio-secure bubbles and social distancing, Burns added: “It was brilliant. The Hollies Stand is impressive, as good as it gets definitely in this country and possibly in world cricket. The atmosphere was brilliant.”

Black Caps seamer Matt Henry, who dismissed Dom Sibley and captain Joe Root, was equally happy to hear some noise in the ground.

“Special mention to the crowd, they were fantastic. The Hollies Stand was just electric all day,” he said.

“They were phenomenal, you can see the excitement of everyone getting back into cricket and into stadiums. It was some impressive energy.”