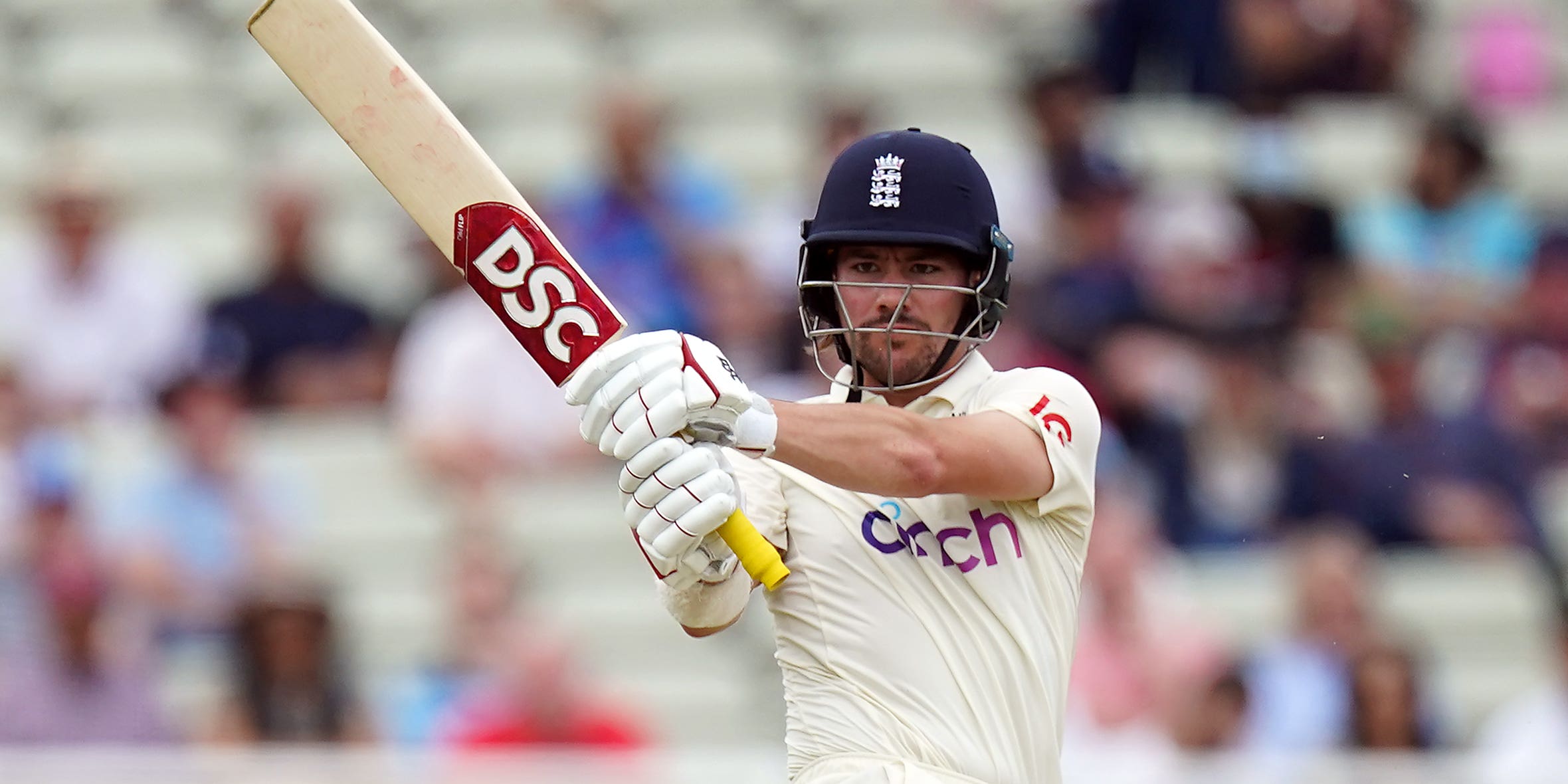 Rory Burns provided England with some much-needed backbone on day one of the second Test against New Zealand, making an unbeaten half-century in a tea score of 152 for four.

Burns, fresh from a century at Lord’s, reached 73 not out after two sessions, as a heavily rotated New Zealand attack pressed the hosts hard at Edgbaston.

Burns had shared an opening stand of 72 with Dom Sibley before England lost three wickets for 13 runs to lose their grip on proceedings. The game was unfolding in front of 18,000 increasingly raucous fans, the largest home crowd since the coronavirus pandemic took hold.

The Hollies Stand was in particularly fine voice, even as England struggled, with the sounds and sights a timely throwback to more normal times.

After choosing to bat first captain Joe Root would have been more than happy with a slow-burning first hour, during which Burns and Sibley added a modest 25 runs. There was almost no outright aggression, with the pair favouring the blocks and leaves that were required to shut down a new ball offering plenty of early swing.

Trent Boult was typically testing on his return to the side, while Henry barely erred from a nagging length. Having set a base, the opening batsmen spread their wings after the drinks break, more than doubling the total in a six-over spell.

Things quietened down again before lunch, in the middle if not in the stands, but the notable lack of chances made it England’s session. New Zealand wasted no time rebalancing the books after the restart, picking up three wickets in the space of five overs.

Sibley, who had batted with his usual care and attention in the morning, lasted just five balls in the afternoon, feeling outside off stump and feathering Henry through to stand-in wicketkeeper Tom Blundell for 35.

That brought the out-of-form Zak Crawley to the middle and he was unable to brush away the cobwebs, bagging a four-ball duck. Having already come to close to losing his off stump to a Neil Wagner inswinger, the Kent batsman aimed a crooked bat at the next ball and sprayed to third slip as it slanted away from him.

Since the career-high of his 267 against Pakistan last August, Crawley has now been dismissed in single figures in nine of his next 11 innings. With England’s steadfast start undermined, Henry dragged them further down with cheap dismissal of captain Root.

He managed just four runs, courtesy of a big edge off Henry, who came back with the very next ball and got a thinner nick that ran through easily to Blundell.

Burns was a calm observer to the drama, sticking to his guns as he guided the total past three figures with his fifth boundary of the day and then bringing up his own half-century in 141 balls. The left-hander was giving the innings some much-needed ballast, sharing a stand of 42 with Surrey team-mate Ollie Pope.

The latter is acquiring an unwanted habit for giving his wicket away after getting started and his departure for 19 – edging an attempted cut off Ajaz Patel’s left-arm spin – did nothing to change that.

James Anderson had earlier celebrated overtaking Sir Alastair Cook as England’s most capped Test cricketer, making the team-sheet for the 162nd time to cap 18 years at the highest level.