Rubel ruled out of second Test against Pakistan 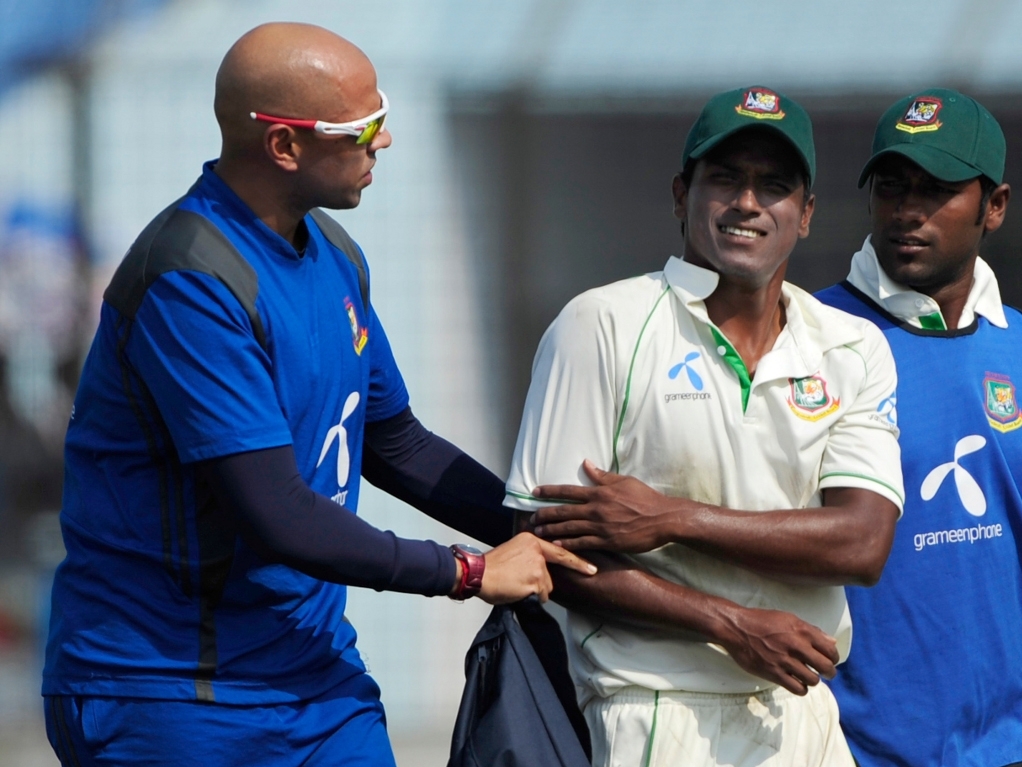 Bangladesh fast bowler Rubel Hossain has been ruled out of the second Test against Pakistan, starting on Wednesday, due to a side strain he picked up in the drawn first match in Khulna.

Rubel, who bowled 22 overs in Pakistan's only innings in the match, showed some discomfort on the fourth day of the Test and a scan has confirmed a Grade 1 side strain.

Bangladesh physio Bayjedul Islam said: "The results confirmed a Grade 1 left side strain. It takes about three to four weeks to recover from such injuries. He (Hossain) will begin his rehab in the next couple of days."

Medium-pacer Abul Hasan has been called up to replace Rubel in the Tigers' squad for the second Test in Mirpur even though he has not played in a five-day match in more than two years.

Bangladesh go into the match high on confidence after achieving their first draw against Pakistan after eight previous losses. They also whitewashed their visitors in the three-match ODI series and won the one-off T20 International.