Russell happy to have proved a point in WC 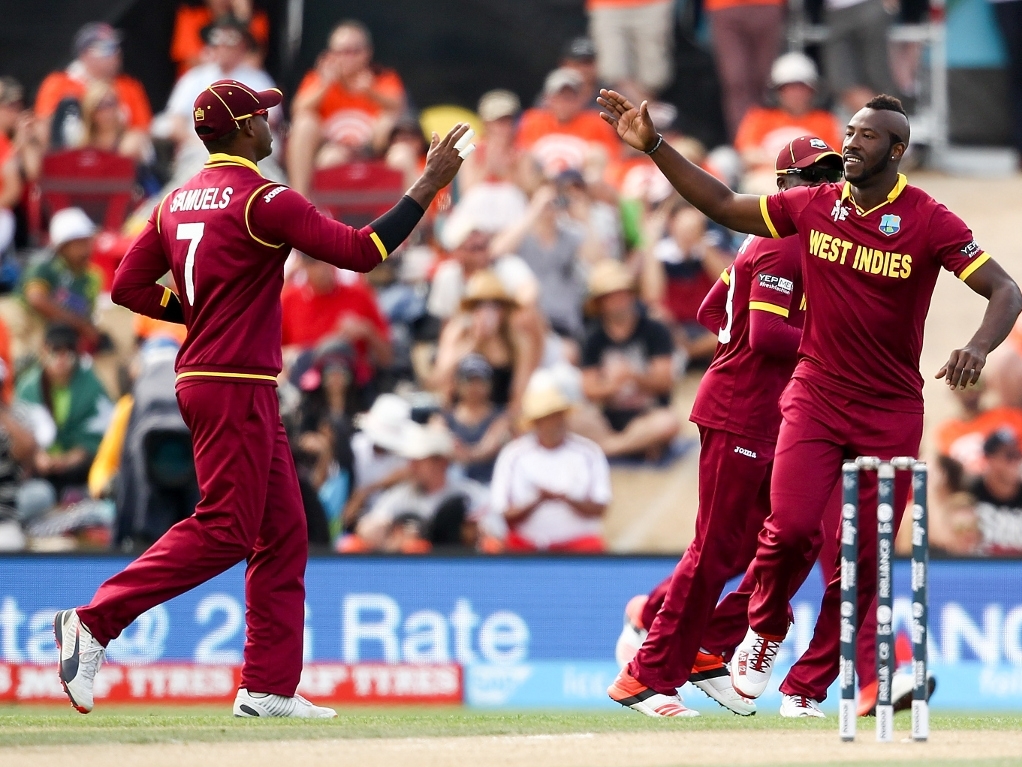 After their convincing win over Pakistan in the World Cup on Saturday, West Indies allrounder Andre Russell said the men from the Caribbean wanted to prove a point after they suffered a shock loss to Ireland in their opening match of the global tournament.

Man of the match Russell starred with both bat and ball as the Windies beat Pakistan by 150 runs at the Hagley Oval in Christchurch. First he struck a 13-ball 42 as his team posted 310 for six, then took three wickets with his pace bowling.

"It's just always a fun dressing room, and I think from the last game things didn't go well for us, and we just turned up today and wanted to show the world that we are not just a pushover.

"We are always a good team and we can fight. It happened today, so it was a very good performance."

Meanwhile, the West Indies suffered an injury blow when it was confirmed that batsman Darren Bravo will miss at least the next two matches after tearing his hamstring while batting in the match. He was forced to retire hurt on 49.

Bravo retired hurt when he was on 49 and never returned to the crease again.