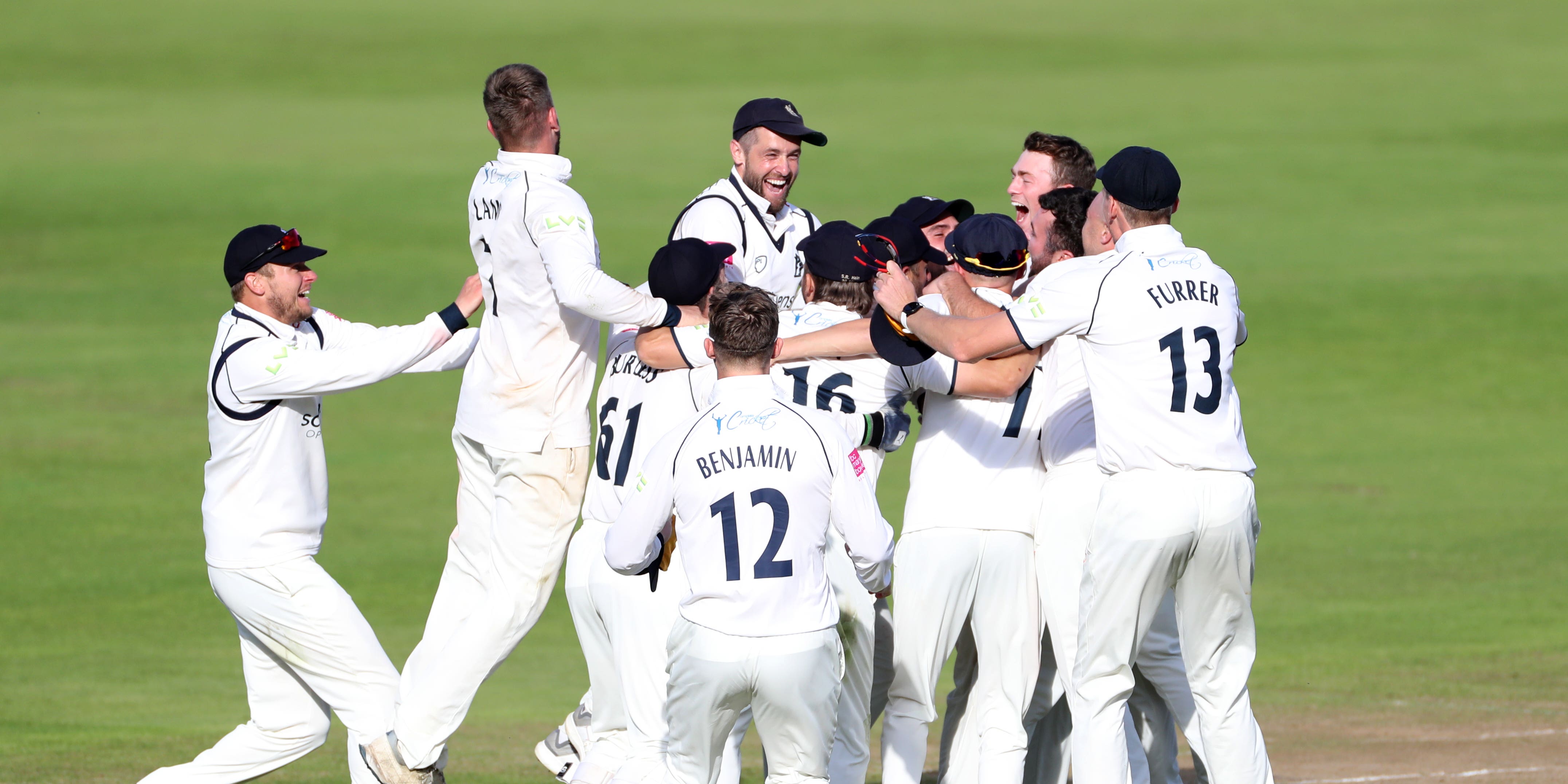 Warwickshire finished off Somerset in ruthless fashion to claim the LV= Insurance County Championship and pip Lancashire to the title on the final day of the season.

The Red Rose were watching on nervously from Emirates Old Trafford after edging a nail-biter against Hampshire on Thursday evening to give themselves a chance, but they were powerless to prevent the silverware being torn from their grasp at Edgbaston.

Liam Norwell dismissed Jack Brooks just before 4.30pm to seal a 118-run win and, with it, Warwickshire’s first championship triumph since 2012 and only the eighth in their history.

Skipper Will Rhodes made a competitive declaration after little more than an hour’s play in order to give his side 79 overs to take all 10 wickets, inviting the Cidermen to chase down 273 at a required rate of 3.45.

But with the Division One title on the line, Warwickshire were not to be denied in the field as they dismissed the visitors for 154 in 52 overs.

Nottinghamshire had earlier completed a five-wicket victory over Yorkshire in their final match but ultimately missed out on the Bob Willis Trophy final.

After wrapping up their own match seven overs into the afternoon session, they were left waiting for the outcome of Warwickshire’s clash against Somerset but the Bears’ victory ensured it would be them and Lancashire to contest the end-of-season Lord’s final.

Nottinghamshire would be heading to Lord’s themselves if they had not fallen four runs short of a third batting point here when they were bowled out for 296 in their first innings, having needed only 18 more runs with three wickets in hand.

Kent claimed the Division Three title after a morning of high drama at Canterbury, where they beat Middlesex by two wickets.

Kent finished on 375 for eight, but they were in trouble early on after Toby Roland-Jones brilliantly ran out Tawanda Muyeye for 89, having began day four on 275 for five, needing another 98 to win.

They also lost Darren Stevens for 14, before Marcus O’Riordan (26) and Grant Stewart (37 not out) revived them with a stand of 48 and Matt Milnes hit the winning runs.

Also on Friday, Ollie Pope hit a career-best 274 and Hashim Amla 163 as Surrey’s run-filled Division Two match against Glamorgan at the Kia Oval ended in a high-scoring draw.

Surrey finished on 722 for four declared, their highest first-class total against Glamorgan, who themselves made 672 for six declared in their own first innings as batters dominated.

That match saw a number of batting records set as a total of 1,394 runs more scored and only 10 wickets lost over the four days, none of them to seam.