Rwanda carries the standard for Africa in World T20 Qualifiers 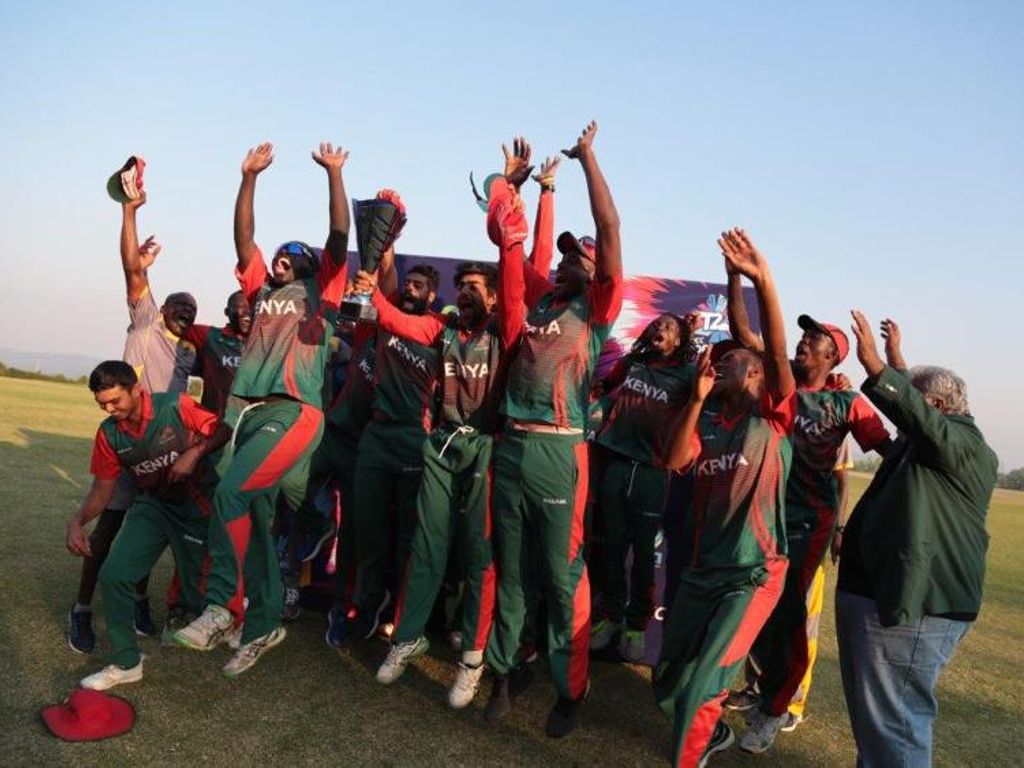 The World Twenty20 Africa B Qualifier ended on Saturday, after a week of excellent cricket and hospitality, in Kigali, Rwanda.

Pre-tournament favourites Kenya lived up to their billing, as they qualified for the Africa Finals with a game to spare. Their perfect record was spoilt on the final day, as Uganda bravely chased down a testing total, to close out the week in fine style.

There were a host of excellent, individual performances across the week, with Kenya’s Collins Obuya showing off his all-round capabilities, and Dinesh Nakrani featuring strongly for his country.

Shem Ngoche was also a regular wicket taker but ultimately, the player of the tournament award went to Riazat Ali Shah of Uganda.

Two half-centuries, including a 96 not out, gave him an aggregate of 247 runs over the week. He was only dismissed twice, giving the 20-year-old an average of 123.5 for the tournament. He also chipped in with eight wickets to complete a very good week’s work.

In all, the week in Rwanda will be fondly remembered by all who participated. The hospitality and organisation from the Rwanda Cricket Association was first-class, as they showcased their wonderful new venue, the Gahanga Cricket Stadium.

A feature of the cricket was the fine stroke-play and massive scores on superb batting wickets.

The tournament started off with a bang, as Kenya were very nearly upset by Uganda on the first day. Uganda scored a mighty 240, and Kenya got home with just three balls to spare, thanks to three late sixes from Ngoche.

There were two centuries scored in the tournament, with Kenyan opener Alex Obanda breaking the shackles, before he was joined in the centurions’ circle by Dinesh Nakrani of Uganda. Dhiren Gondaria (90) and Ali Shah also got very close to the three-figure mark.

Remarkably, the groundsman who produced the excellent batting tracks also doubled up as a player for Rwanda, too. Eric Dusingizimana performed both roles with aplomb, and he can be justifiably be proud of the playing conditions that he and his team produced over the course of  the 12 matches.

Rwanda themselves were given a tough task on the field of play, as they took on experienced and powerful opposition. They would have taken on plenty of lessons, and will come back for future tournaments all the better for their experiences.