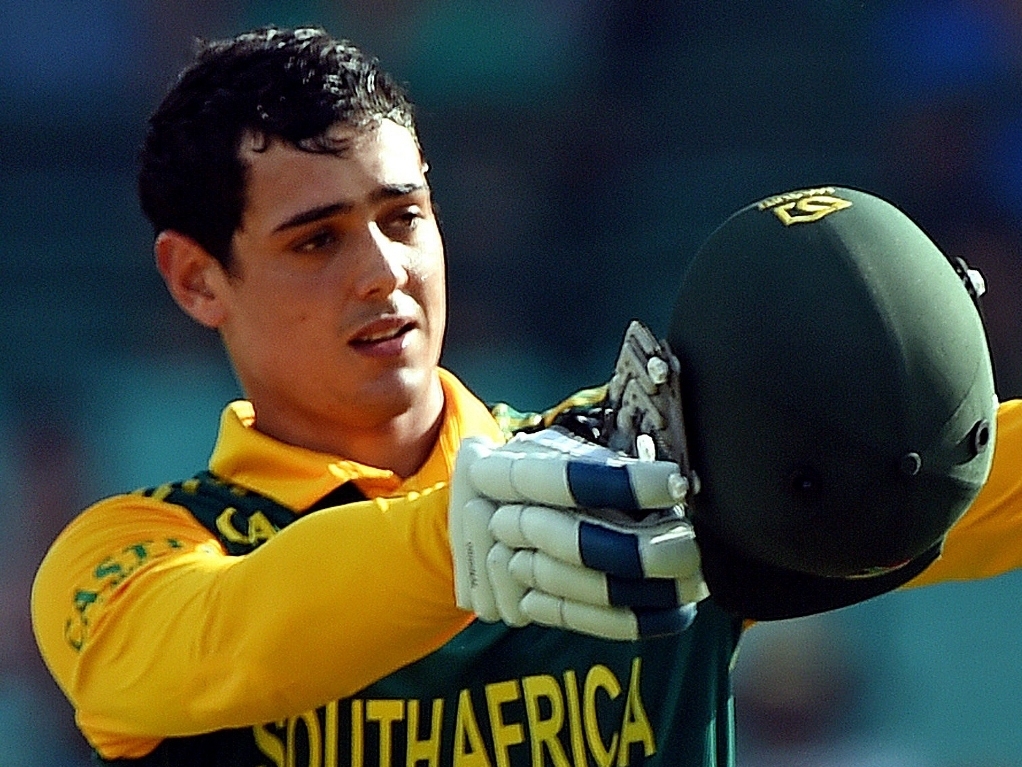 South Africa will name their 15-man World Cup squad on Wednesday evening in Cape Town, with wicketkeeper-batsman Quinton de Kock expected to be named despite being seriously injured a few weeks ago, according to reports.

De Kock picked up an ankle ligament injury in the first Test against the West Indies and was ruled out of the series, and even then it was doubtful that he would be fit for the start of the World Cup.

But with the rules allowing for a replacement to be called up should he not be OK, the Proteas are likely to include the opening batsman, as he is one of their best scorers in the format, and will be valuable even if he misses the first few games.

This means skipper AB de Villiers is set to keep wicket initially, and if De Kock does not recover then Morne van Wyk is thought to be standing by for a call to fly to Australia.

Australia are following the same trend, according to reports, and are going to name skipper Michael Clarke in the side in the hopes that he'll be fit for the latter stages of the event, given it's six weeks long.

Otherwise, spinners Imran Tahir and Aaron Phangiso (despite a finger injury) are both expected to be named at the V and A Waterfront in Cape Town, while JP Duminy will make his return after missing the Windies Tests due to injury.