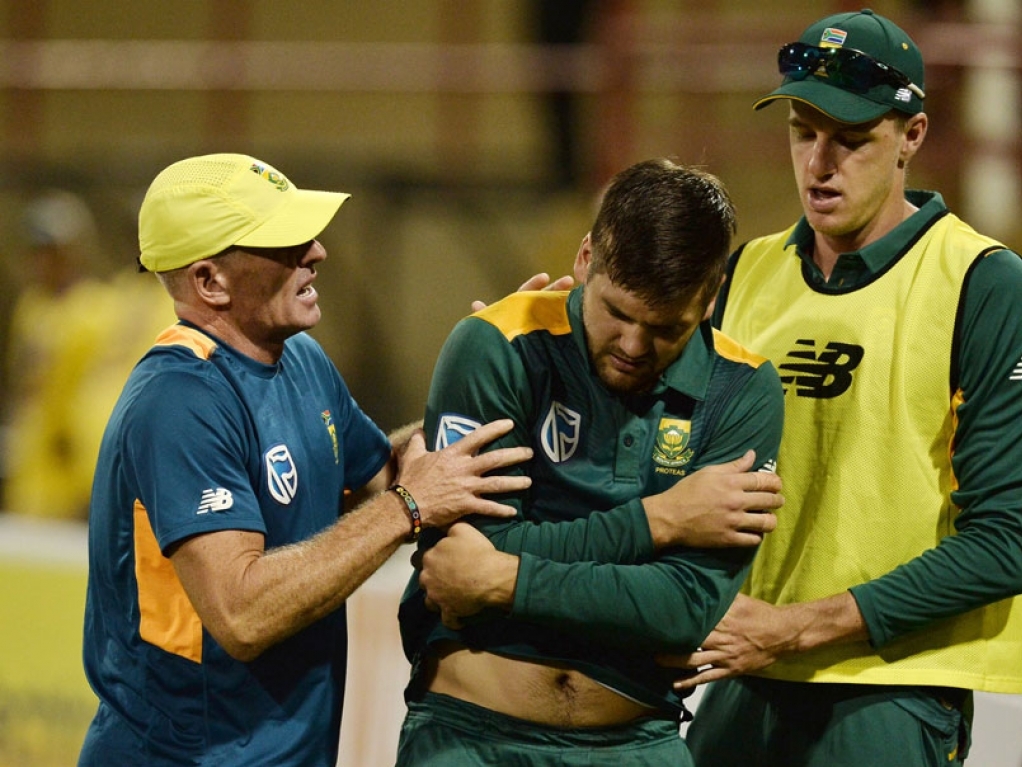 Batsman Rilee Rossouw has been ruled out of the remainder of South Africa's ODI tri-series with West Indies and Australia in the Caribbean.

Rossouw sustained a shoulder injury during an important victory over the Aussies earlier this week.

"Rilee fell awkwardly on his shoulder while fielding the ball on the boundary during the match against Australia. He was immediately taken to the local hospital for x-rays which confirmed he had dislocated the AC joint of his right shoulder," said team manager, doctor Mohammed Moosajee.

"He will be unable to take further part in this series and will return back to South Africa as soon as possible. The extent of the injury and the recovery period will only be known once he has been assessed and managed by one of Cricket South Africa’s panel of shoulder specialists."

Spinning all-rounder Dean Elgar has been called up as a replacement.