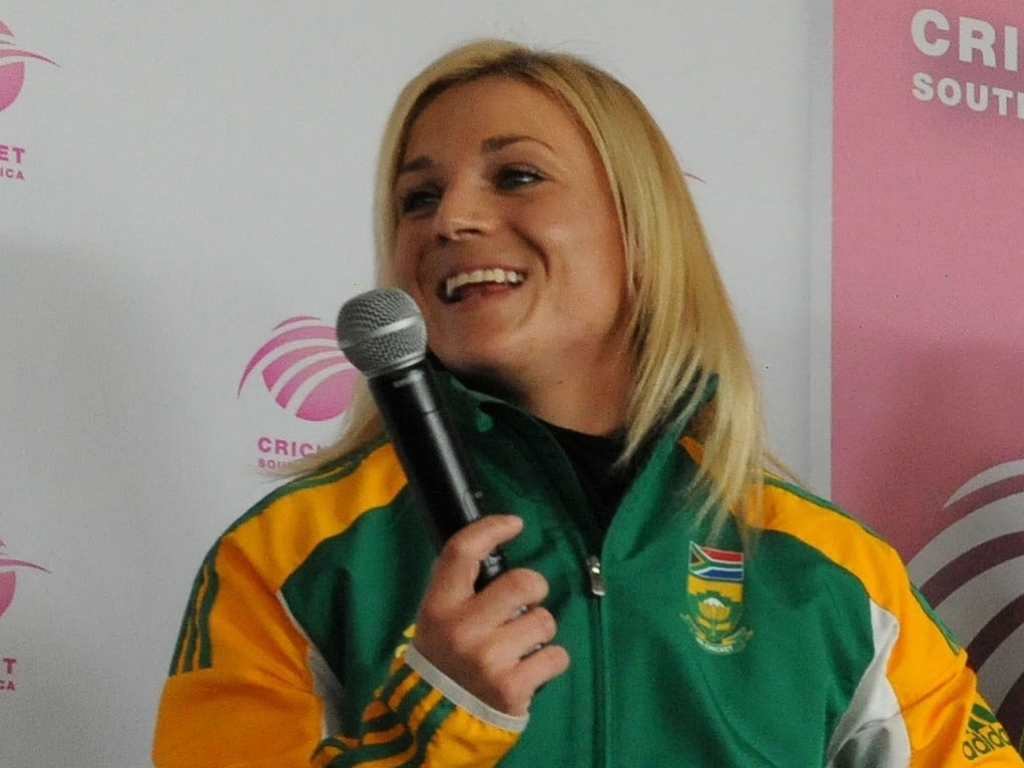 The televised match, which suffered two rain delays, saw the hosts secure a win via the Duckworth/Lewis method to level the series one-all. The decider, which will take place at the Wanderers Stadium on Sunday, will also be a televised double-header with their male counterparts.

England posted a hefty 156/6 after they were put in to bat by the hosts. Skipper Charlotte Edwards got the innings off to a flyer after losing Tammy Beaumont for one. She was eventually defeated by a good ball by Suné Luus (2/26) for 34 in the ninth over.

Sarah Taylor was once again the star for England with the bat. She hit 66 runs from 52 balls and shared a 63-run, fourth-wicket partnership with Heather Knight (29) to give their side a firm grip on the innings.

South Africa’s batting response started with a 30-run opening stand between Dané van Niekerk and Trisha Chetty, before the latter was run out for eight in the fourth over.

Van Niekerk played a Player of the Match innings, scoring 63 from just 43 balls, including seven fours and two sixes, to give her side a winning foundation.

The match was twice delayed by rain, but at both points, the hosts were comfortably ahead of the Duckworth/Lewis par score. The second disruption saw an end to the match, giving the hosts a confidence-boosting victory to see them into Sunday’s series decider.

Captain Mignon du Preez was delighted to beat England and level the series.

“We haven’t beaten England in a T20 before, so to do that today at Newlands was really special,” she said. “We got really close yesterday, but we let the game slip out of our hands.

“We weren’t too worried when they got to 156 because we knew that Dané would set up the match for us. We knew that if we allowed her to play her natural game and score freely that we would get there in the end.”

Du Preez contributed an impressive knock herself, returning unbeaten for 47 off 41 balls to help steer her side towards victory. Her 46-run partnership for the third wicket with Marizanne Kapp (21) was the difference between the sides.

“I think everyone chipped in to this win, which is what makes this match really special,” du Preez continued. “There’s always something that can be done better next time or a lesson to be learned and we will make sure we are in top form on Sunday in Johannesburg.

“We are really keen on giving England a run for their money and hopefully secure a series win in front of another home crowd.”