Home Countries Australia ‘Sachin for President!’ and other candidates

‘Sachin for President!’ and other candidates 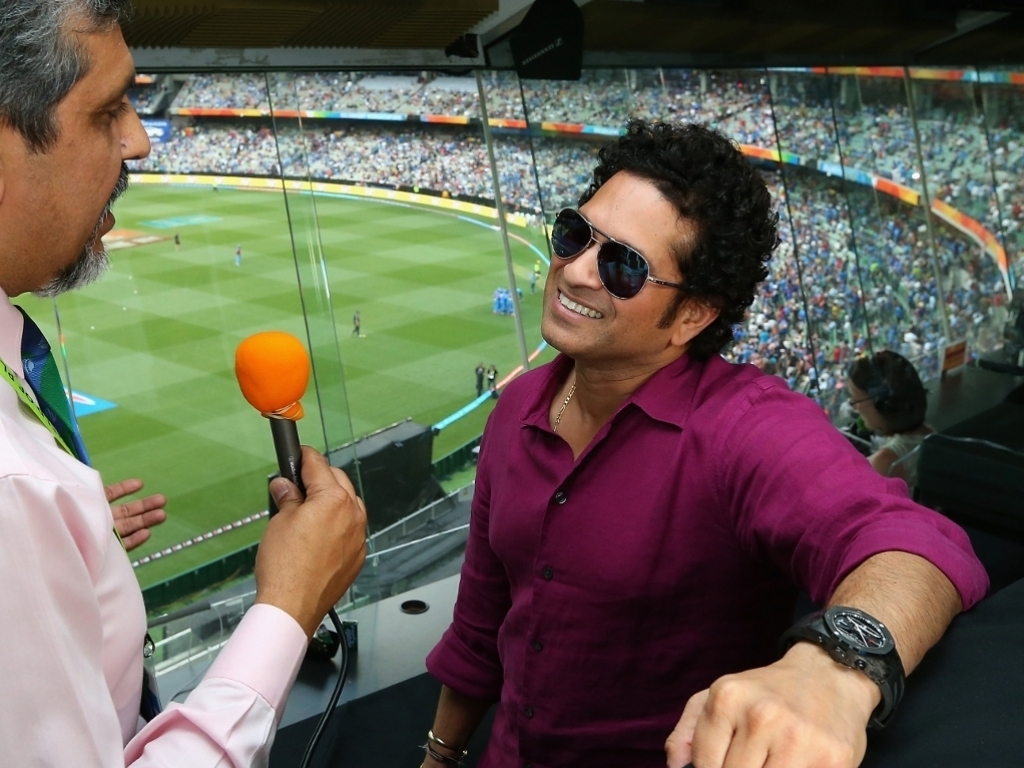 This week has brought some amusing news in the US political arena, with rapper Kanye West saying at an awards show that he wants to run for president in 2020, and wrester Hulk Hogan aiming to run alongside Donald Trump.

With celebrities looking to follow in Ronald Reagan and Arnold Schwarzenegger's actor-turned-politician footsteps, we pondered which cricketers could do the same. If Imran Khan could do it, why not others?

The former England all-rounder has done everything under the sun since his retirement, including coming out of retirement. He's been a boxer, and Guinness World Record-chaser, a commentator, and a reality TV show winner. Politics will be just another point on the CV.

He's got a bit of a past, with alcohol and body image problems to contend with, so the man and woman on the street will be able to relate on a human level, despite his celebrity (get me out of here) status.

But his fighting spirit can inspire, and he's not that much of a bad boy that his personal-slash-family life has come into question. As we know, what a politician does behind closed doors is directly related to how well they can run a country. So he's safe there.

Running mate: Kevin Pietersen. They won an Ashes series together, got drunk on a bus together, and have both become expert players of the PR game. And as Barack Obama has shown, a Twitter-savvy politician is #whereitsat.

Want passion? Want a rousing speech, with red face and flying spittle to rally the masses? Then look no further than the former South Africa fast bowler, famous for his alter-ego, 'Gunter'. Nella will take no shit, that's for sure.

One characteristic voters will be able to count on is his determination. He was a player constantly in trouble, for bouncing Allan Donald in the head in a domestic match, to smoking dope on tour (we can assume he did inhale, unlike Bill Clinton), but kept working hard until retirement.

Running mate: Makhaya Ntini. Given Nel was controversially dropped for quota purposes in 2008, Makkie will be the perfect running mate, to cater to a broad demographic and appease voters. Like FW de Klerk and Nelson Mandela, they will join forces to unite the nation.*

Rising from the ashes of corruption and crime, like so many politicians before him, the former India paceman will run on a platform of forgiveness and second chances. From tears of pain on the field, to tears of joy at the Bharatiy Sansad!

Science has shown that a large number of world leaders and CEOs are actually sociopaths, able to walk over other people to get to the top, and while we're not saying Sreesanth is a sociopath, it would be handy. Imagine if all those emotional outburst were fake?

He always maintained his innocence in the spot-fixing charges against him, and stuck to that story for years. Teflon skin, and the perfect political wheeler-dealer.

Running mate: Harbhajan Singh. Continuing the theme of forgiveness, Sreesanth will ask Bhajji, the man who slapped him in the middle of the pitch, to run alongside him, and garner the sympathy vote. And then sack him in favour of N. Srinivasan once elected.

Warney and Donald Trump could be twins. Fake hair, orange spray tans, women way younger and hotter than them, interests in gambling, a lot of hot air released in the media… Let's hope Warne doesn't cater to the Right Wing racists like Trump does, mind you.

Being a legend in a sport does much for an athlete's post-retirement agenda, and Warne could win an election based on his stats alone. Never accused of chucking, ripping through line-ups, and a slightly cavalier attitude that the youngsters can still relate to will see him top the polls.

Running mate: Brett Lee. Big, blonde, strong, a showman loved by fans. Hulk Hogan 2.0, but with a fan base in India and the ability to sing.

This one isn't even outside the realms of possibility. The God of Cricket has been a member of India's parliament for years, even before his retirement from Test cricket, and would get votes based on his name alone.

Cynics are still waiting for the day that a skeleton falls out of Sachin's closet, but in more than 20 years in the public eye, none has emerged yet. He seems to be the perfect cricketer, person, politician, family man, public speaker. There must be something wrong with him, surely?

One thing that could count against him is his astonishing ability to sit on the fence. He rarely says anything controversial, which will make him tough to pigeonhole for a political party. Slightly left of centre, perhaps? He could be a raging homophobe, xenophobe, sexist bastard behind the scenes, but he's never indicated that, one way or the other. Maybe he's the sociopath…*

Running mate: Virat Kohli. While Sachin can be the steady middle of the road leading man, Virat will go after the younger vote with a few controversial pressers, which will be forgiven because he'll smile beautifully. He'll have to get rid of Anushka though, everyone hates her.

Again, not entirely ludicrous. Sangakkara, only recently retired, was offered the post of Sri Lanka High Commissioner to the UK by the country's president before he'd even stepped off the field after his final Test.

Sanga said he would have to 'think about it' as he had exactly zero political experience, but when has that ever stopped anyone? Plenty of people run for office with little more than a Terminator franchise behind their name.

*Not really. Let's not get grumpy.