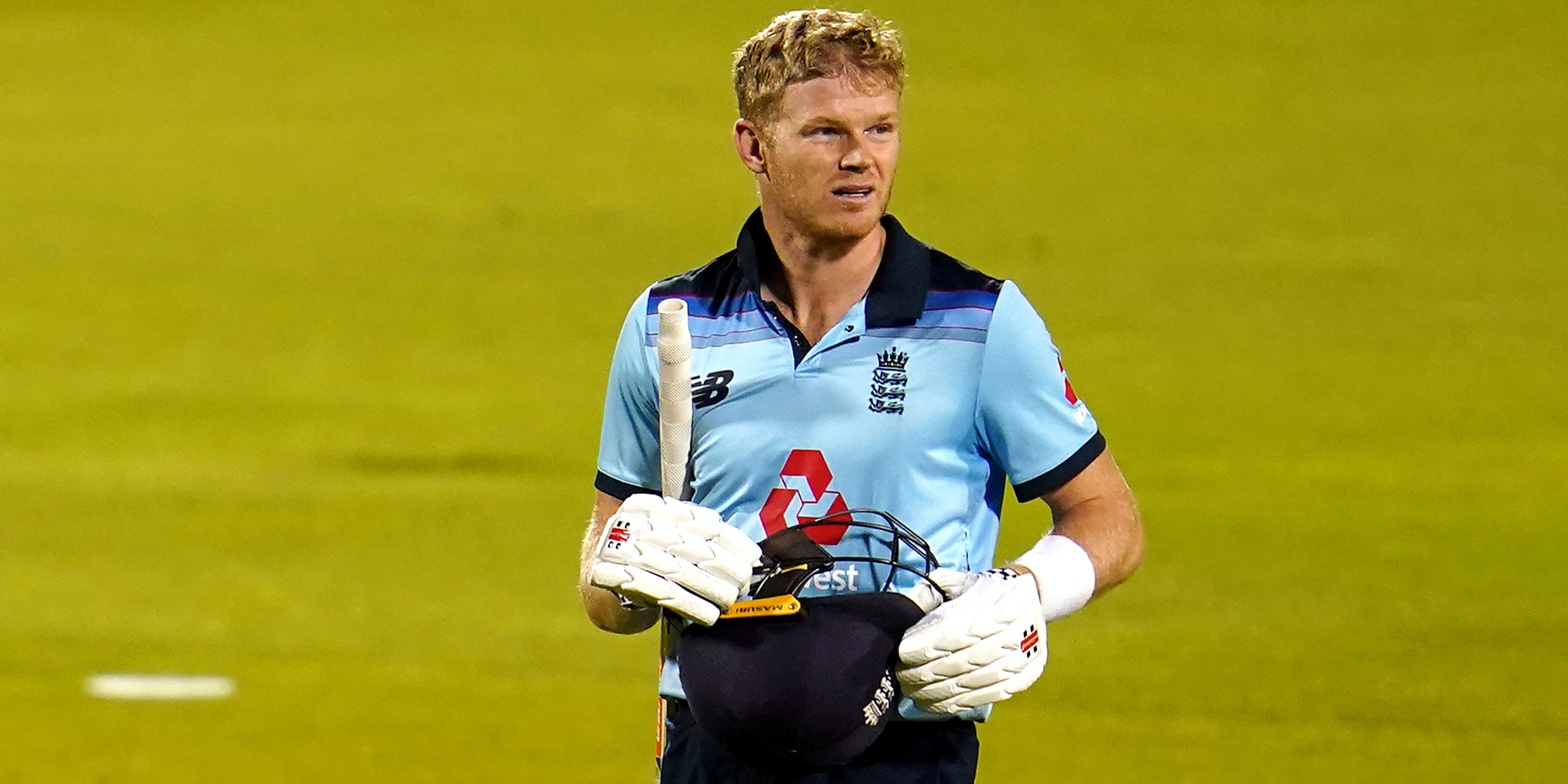 Sam Billings hopes his maiden international century can be his ticket to tournament cricket with England after injury cost him a chance to be part of last year’s World Cup triumph.

Billings took centre stage in a losing cause on Friday as Australia established a 1-0 lead in the Royal London one-day series, scoring a fine 118 against a high-class attack to end a five-year wait.

That he has been around that long and only earned 19 caps, as well as 30 in Twenty20s, shows just how hard it has been to find a space in Eoin Morgan’s all-conquering side in recent times.

Yet he might well have snuck into the squad which became world champions in 2019, challenging for a role that eventually went to James Vince, had he not dislocated a shoulder at the start of the season.

With little to be gained from looking back on missed chances, the 29-year-old is instead hoping he can still get his chance on the biggest stage – with two T20 World Cups and a defence of the 50-over crown all coming up between now and 2023.

“The injury last year was easily the toughest of my career – missing out potentially on the World Cup squad and that whole experience. That was really tough to go through,” he said ahead of Sunday’s must-win second ODI.

“If I hadn’t been injured I would have backed myself against anyone to be in that squad, maybe as the spare batsman. Those things were out of my control, but to see how the side has developed over the past five years – which I’ve been a part of – has been phenomenal.

“There’s three more World Cups coming up, the lads are very keen to add to that one last year and I really want to be part of it. I think it’s a huge incentive to the guys coming in to really put your marker down.”

Billings has certainly done that, facing down some of the best bowlers on the planet and peppering his hundred with 14 boundaries and two sixes as he turned a desperate chase into a viable one.

The manner in which he compiled his innings, holding his nerve from a sticky start that saw him make just 11 from his first 32 deliveries, was a particularly satisfying aspect. As a younger man, Billings might have given his wicket away under that kind of pressure.

“I think I’ve kind of threatened to get a score of substance for quite a while and it’s just nice to kick on and get a big score and stake a claim,” he said.

“You never know when the opportunities arise. In the past, when they have, I’ve put too much pressure on myself and for me, that was the difference yesterday.

“Their players reminded me I was 11 off 32 balls pretty consistently, (previously) I probably would have done something stupid and chipped one up in the air. Maybe there’s a little more experience, a little more confidence in my ability at this level, that I can soak up that pressure.

“I definitely wasn’t at my most fluent but instead of trying to force the issue and giving away an opportunity I managed to kick on. You could just see the change a little bit – they went from ‘the game’s won’ to ‘actually, right they might just have a little bit of a sniff’.”

If he can perform to the same high standards over the next two matches Billings has half a chance of shaking up the pecking order, but even he does not expect to usurp the man whose place he currently holds.

“Ben Stokes isn’t here and I don’t think, however many runs I get, that I’ll keep that spot,” said Billings.

“Form and injury – as I found out the hard way last year – can happen. As long as you are putting yourself in the right position to be the next cab off the rank, that’s all you can do.”