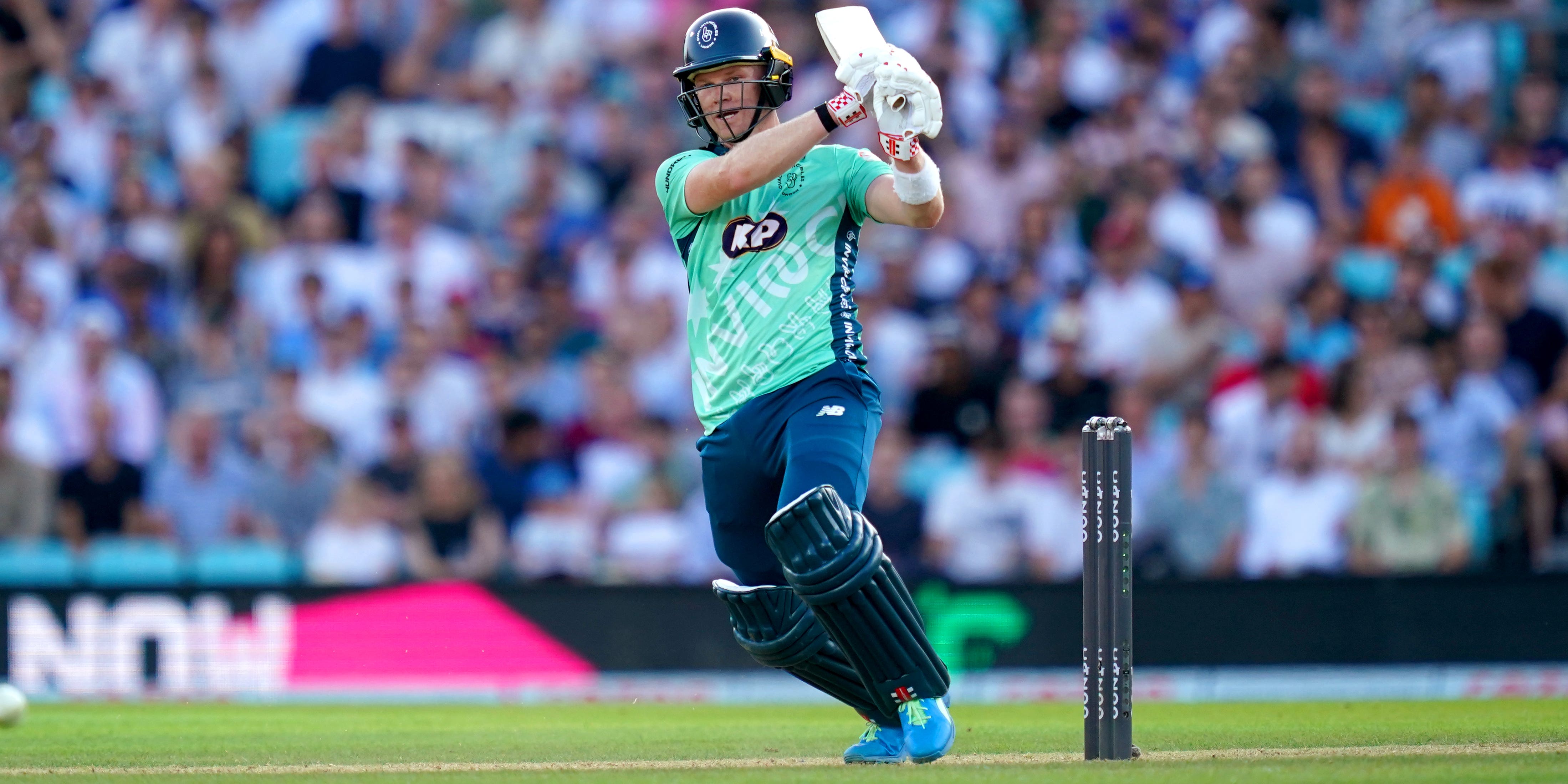 Oval Invincibles captain Sam Billings was happy to end a frustrating couple of weeks with a match-winning knock to ensure the second night of The Hundred produced more fireworks.

The England international hit 49 to help the Kia Oval-based team post 145 for eight off their 100 balls, which proved enough for a nine-run victory against the Manchester Originals.

Billings tested positive for coronavirus earlier this month, which saw Eoin Morgan’s white-ball squad put into isolation ahead of the one-day series with Pakistan, but he recovered in time to lead the Invincibles out in the opening men’s fixture in the new eight-team franchise league.

“It has been a pretty deflating month if I am honest, getting Covid and being pretty ill then missing more cricket because of the protocols,” the Kent batter said.

“To be out there, in front of a packed Oval, it doesn’t get any better than that.”

Following on from a thrilling women’s match between the Invincibles and Originals on Wednesday, the early departures of Jason Roy and Sunil Narine failed to dampen an atmosphere which was more like a Vitality Blast night than day one of The Hundred.

But on a used wicket which made scoring difficult, Billings batted with class in a 30-ball innings that contained two maximums and four boundaries before Tom Curran provided a decent finale with 29 not out to set 146 for victory.

With Originals captain Jos Buttler sent back to the pavilion cheaply after being one of many to struggle for timing, it was left to Carlos Brathwaite which evoked memories of his remarkable 2016 T20 World Cup final chase.

In the end the West Indies all-rounder was out for 37 off the 96th ball of the innings to give Sam Curran his second wicket on his way to figures of two for 27 as the visitors were restricted to 136 for seven.

Billings added: “Absolutely you want good wickets but it was a fair cricket wicket. We saw Narine turn it both ways and Nathan Sowter bowled beautiful and Will Jacks got in the game.

“The hot weather hasn’t helped the last couple of days and to be fair it can play like that at the Oval. Again this format, not only with the bat but tactically, it really forces you to think on your feet and be adaptable. I thought we did pretty well today.

“I watched the whole women’s game just to see the format, how it flowed and the different tactical options you can do as a captain. It was great to see them get off to a flyer so it has been a good start to Oval Invincibles campaign.”

Like on Wednesday, Originals had come up short in a close game and captain Buttler unable to make the most of the first of two appearances in the new tournament before he joins Sam Curran in linking up with the England Test squad for next month’s series with India.

Head coach Simon Katich admitted it was a shame to see the destructive batter out early for a scratchy 10-ball eight, but praised his captaincy.

“I thought Jos did a fantastic job as skipper, he really relished the opportunity,” the Australian saod.

“He has been vice-captain under Eoin for a long time but showed what he was capable of and looked after our young spinners.

“I thought he was really attacking with his captaincy and we did a lot right, but just couldn’t string a partnership together from the top four and it cost us.”