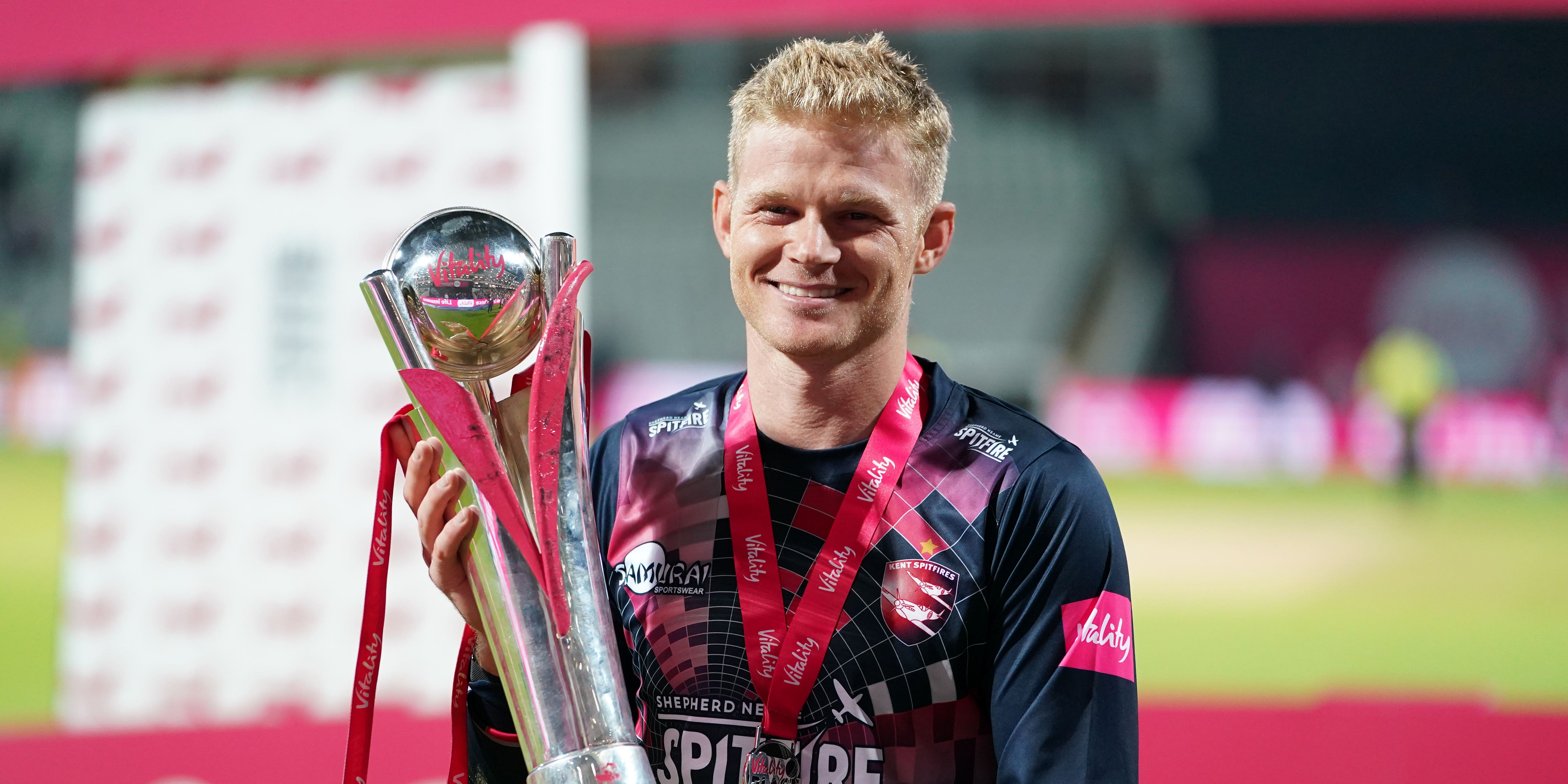 Sam Billings accepted Kent will have a target on their backs in this year’s Vitality Blast but insisted defending their crown is a “very realistic” ambition.

No team has ever retained the title in the competition’s history, which embarks upon its 20th season on Wednesday evening as Kent go up against Somerset in a repeat of last September’s final.

Jordan Cox had a breakout display in the showpiece as an unbeaten 58 from 28 balls was followed by a breath-taking piece of fielding that helped team-mate Matt Milnes complete a remarkable relay catch.

While Cox, 21, is one of several exciting prospects at Canterbury, Kent can count on the experience of former England international Joe Denly and evergreen 46-year-old all-rounder Darren Stevens.

Billings, too, is another big player and the Kent captain is available to face Somerset, having trained on Tuesday following his return from a stint with Kolkata Knight Riders in the Indian Premier League.

The England wicketkeeper-batter knows teams may approach Kent differently in light of last year’s success but is confident about their prospects.

Asked about the incentive to become the first team to successfully defend their title, Billings told the PA news agency: “There is motivation, of course, but it’s very realistic as well.

“Apart from that evergreen 46-year-old we’ve got, we have a pretty young team which should in theory get stronger and stronger so we’re really looking forward to that.

“Another year on and more guys can kick on and we stick to what we do, we know how people are going to approach us and maybe play a bit differently against us.

“We can prepare for that and ultimately, hopefully win the title again.”

England’s domestic T20 competition first launched in 2003, with Billings then part of the young and impressionable demographic the England and Wales Cricket Board was trying to tap into.

Billings added: “We were in this country the frontrunners and the pioneers of Twenty20 cricket and the England team has showed that we are still doing that on an international basis.

“It was always one of those things that, ‘I want to be there and win stuff for Kent when I grow up’. It means a hell of a lot.”