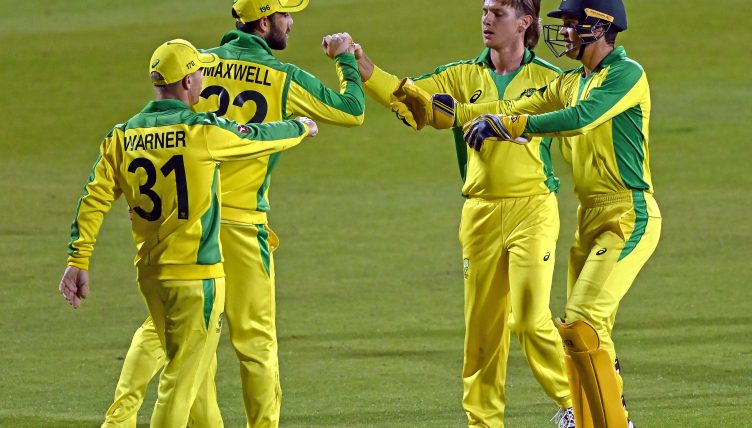 Sam Billings’ maiden England hundred was not enough as Australia closed out a 19-run victory in the 150th one-day international between the rivals – and the first since last year’s World Cup semi-final.

England won that high-stakes game at a canter – romping home with 107 balls remaining en route to lifting the trophy at Lord’s – and although nine of the side which lifted the trophy at Lord’s were back together in a partial reunion, the old magic was in short supply in the Royal London series opener.

It was Australia who turned in a champion performance, recovering from early losses to post 294 for nine and holding England to 275 for nine in response.

If England needed any reminder that this was was a fresh chapter for all concerned it came in the form of their star performer, Billings, who missed the World Cup with a shoulder injury.

The 29-year-old has won just 19 caps since debuting five years ago but with Eoin Morgan’s team beginning the process of moving away from past glories and towards future challenges, he looks ready to be part of next phase.

Billings made 118 in 110 balls, with 14 boundaries and two sixes, and was out to the final delivery of the match having bravely tried to haul his team over the line.

Australia had Josh Hazlewood to thank for an imperious return of three for 26 in 10 excellent overs, with leg-spinner Adam Zampa picking up four for 55.

England looked to be in control after sending their rivals in and reducing them to 123 for five, particularly with Steve Smith missing out after being hit in the head during nets on the eve of the match.

But Mitch Marsh (73) and Glenn Maxwell (77) more than doubled their side’s score with a game-changing partnership that left England needing a record chase at the ground.

Ordinarily the burden would fall on Smith to put things right but in his absence – which could continue on Sunday pending a second concussion test – Marcus Stoinis took up the task. He batted positively for 43 and looked good for even more until Wood’s skiddy pace and Jos Buttler’s diving catch did the trick.

Adil Rashid promptly snapped up two wickets – Marnus Labuschagne lbw with a googly and Alex Carey top-edging a sweep – and one more breakthrough might have been enough.

Instead the solid Marsh and the expressive Maxwell piled on 126 in 20 overs. Maxwell lit things up with four sixes, including two in a row from Archer immediately before a well-hidden slower ball saw the batsman drag down his stumps.

Archer was too good for Pat Cummins and Marsh fell lbw to Wood before the end but by setting England 295, a handy salvage job had been performed.

What looked a stiff chase soon became a gargantuan one, with Mitchell Starc and Hazlewood magnificent first up. Jonny Bairstow and Jason Roy have become one of the most destructive opening pairs in history but they were reduced to blindly swishing for contact as the fresh Kookburras beat their bats at will.

When Roy did connect well with a punchy drive it cost him his wicket, Hazlewood thrusting a hand out and plucking a one-handed return catch. Joe Root fared no better, feeling in the channel and feathering Hazlewood through to Carey after taking a solitary single off 11 balls.

England scraped to 22 for two in the 10-over powerplay, with just two boundaries. Eoin Morgan feigned a fightback, launching Hazlewood for six over long-off after the seamer’s first six overs had cost only five runs, but he and Buttler both donated their wickets to Zampa.

At 57 for four it looked doomed, only for Bairstow and Billings to bounce back valiantly to the tune of 113 at just under a run-a-ball.

Bairstow’s knock became a triumph of forebearance as he began to find the middle of his bat, crashing Zampa for a pair of sixes to bring up a 78-ball half-century then sending Cummins over midwicket for more of the same.

Billings added a lucky six off a top-edge but matured quickly against high-class bowling. The asking rate stalled as the pair entertained thoughts of a heroic chase but the key moment came when Bairstow underhit a slog off Zampa and Hazlewood gathered a pressure catch at wide long-on.

Billings kept up the fight, going toe-to-toe with pedigree pacemen and showing his prowess against spin, but lost his next three partners – Moeen Ali, Woakes and Rashid – in a hurry.

The winning line began to seem a distant hope but by reaching three figures and finding a way to punch back against quality death bowling, Billings ensured a memorable contribution.