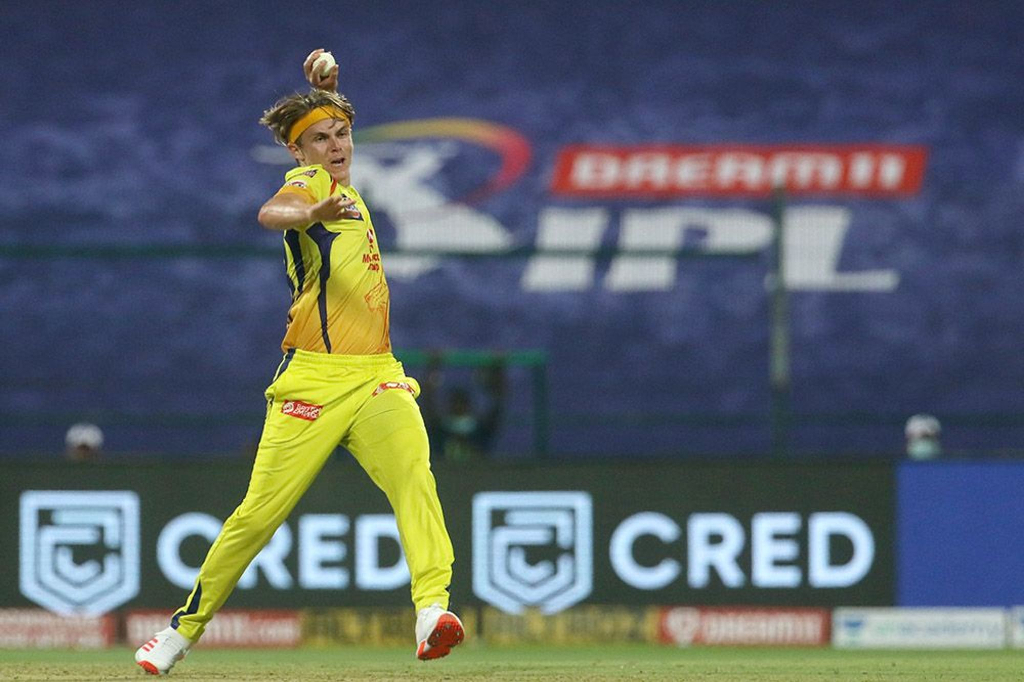 Chennai Super Kings coach Stephen Fleming was delighted with Sam Curran’s debut for the franchise in the IPL curtain-raiser in Abud Dhabi on Saturday 19 September.

Fleming had been anxious about the balance of the side with veteran West Indies allrounder Dwayne Bravo arriving in the bio-bubble with an injury picked up during the CPL.

Curran makes an impression on Fleming

Curran’s allround display ensured that Bravo’s absence was not felt too acutely and should allow CSK to ease the Trinidadian back into action.

“Bravo is progressing; we are working closely to get him up to 100 per cent,” Fleming told the team’s website. “We’ve got three quick games in a row [including the opening fixture], so we’ll look at each game and monitor him each time we train.

“With Sam’s performance, it takes a bit of pressure off rushing Bravo back, but he’s one of the world’s best and to have him in the selection equation is very important to us.”

Despite being just 22-years-old Curran has already pulled England out of difficult situations in Test cricket and showed the same appetite for the fight in his first appearance for CSK.

“The things that impressed us with Sam is his attitude first and foremost, almost the harder it gets, the better he gets, his all-round skill component and the fact that the captain was able to trust him straightaway to go in at a crucial time and hit the way he did.

“Also with the ball, to be a part of it straightaway, almost stepping straight off the plane was a sign of his attitude and what he is going to bring to CSK for the next few years.”

Curran was the youngest member of CSK’s first XI of the 2020 IPL and one of just three men in the team under the age of 30. What the young left-hander lacks in experience he makes up for in temperament according to his Kiwi coach.

“Losing Dwayne was a big loss and Sam went a long way in filling that,” Fleming said.

Curran stands a good chance of being in the XI again when CSK clash with his brother Tom’s Rajasthan Royals on Tuesday 22 September.