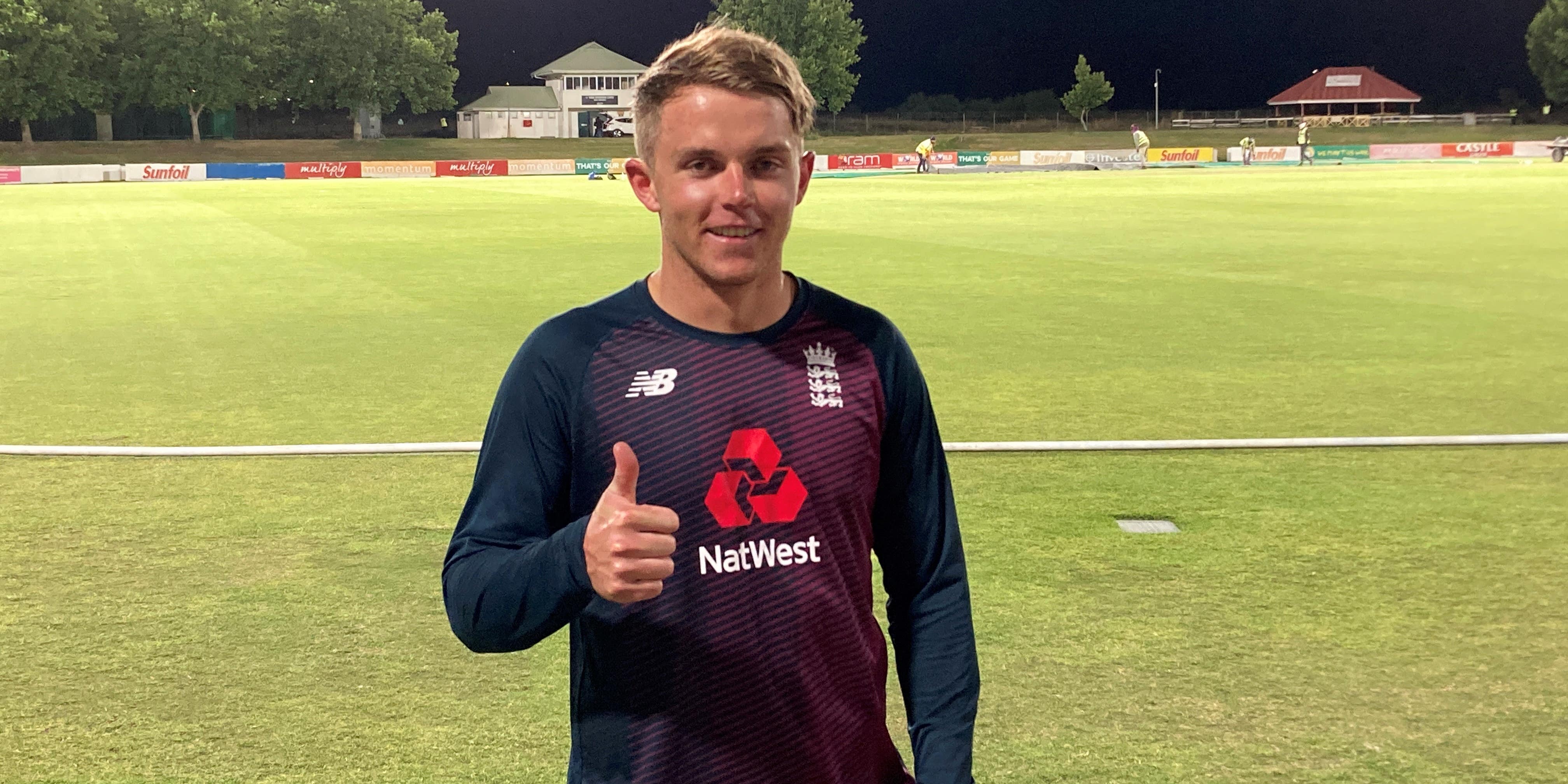 England all-rounder Sam Curran was there at the start and the end of his first Twenty20 international in more than a year and relished the new-found sense of responsibility.

Jonny Bairstow was the undisputed man-of-the-match as England took a 1-0 series lead over South Africa at Newlands, smashing an unbeaten 86 to see the chasers home, but Curran was another integral part of the performance.

He had missed England’s last nine T20s, partially due to workload management and partially as a result of the the separation of red- and white-ball squads over the summer, but following a strong IPL season with Chennai Super Kings he was back with a bang in Cape Town.

He was handed the first over the match and promptly removed opener Temba Bavuma with his sixth delivery, and also picked up top-scorer Faf du Plessis and Heinrich Klaasen en route to personal-best figures of three for 28.

When he re-emerged in the England innings he was nerveless in helping Bairstow over the line, launching his second ball from Kagiso Rabada for six down the ground.

“It was a good day, obviously I took the new ball and tried to set the tone for the team and to get a wicket in the first over was pleasing,” he said.

“Any time you’re asked to take the new ball in a T20 game for England is really great responsibility to have, to set the tone from ball one.

“It thought it was was a really nice performance, using the skills I have been working on for the past year and luckily enough it came out alright. Most importantly it was a good win and a pretty special knock from Jonny as well.”

Curran feels his performances at CSK, where he became an increasingly influential figure over the course of the recent tournament, have helped him evolve his game.

Not only did he finish top of the wicket-taking charts with 13, he also scored important runs and was briefly trialled as a pinch-hitting opener.

“I really enjoyed the IPL and feel I have taken my game to a different standard in terms of my learning,” he said.

“I took a lot away from that group and coaching staff at Chennai, I feel my game has improved since I went there and I want to keep trying to improve and become a regular for England. But for now I’ll just keep trying to take my opportunities and contribute.”

Eoin Morgan’s side can wrap up the series in short order with victory in Paarl on Sunday, but will know they were second best for large periods in the first match against a side with considerably less match practice under their belts.

One player to feel the heat was Curran’s brother Tom, who was taken for a bruising 55 in his four overs, including 24 in his second as Du Plessis cut loose.

He could well make way for the faster option of Mark Wood, who will have been frustrated to be kept on the sidelines, but the younger Curran is confident things will soon even out.

“I think as bowlers we all know you’re going to have days when it’s not your day, and days when it is,” he said.

“You have to ride the ups and downs. Tom is a very competitive and relaxed guy who will move on really quickly and the fact we won makes it a nicer feeling for the bowling group as well. I’m sure we’ll all be fine come Sunday to go again.”