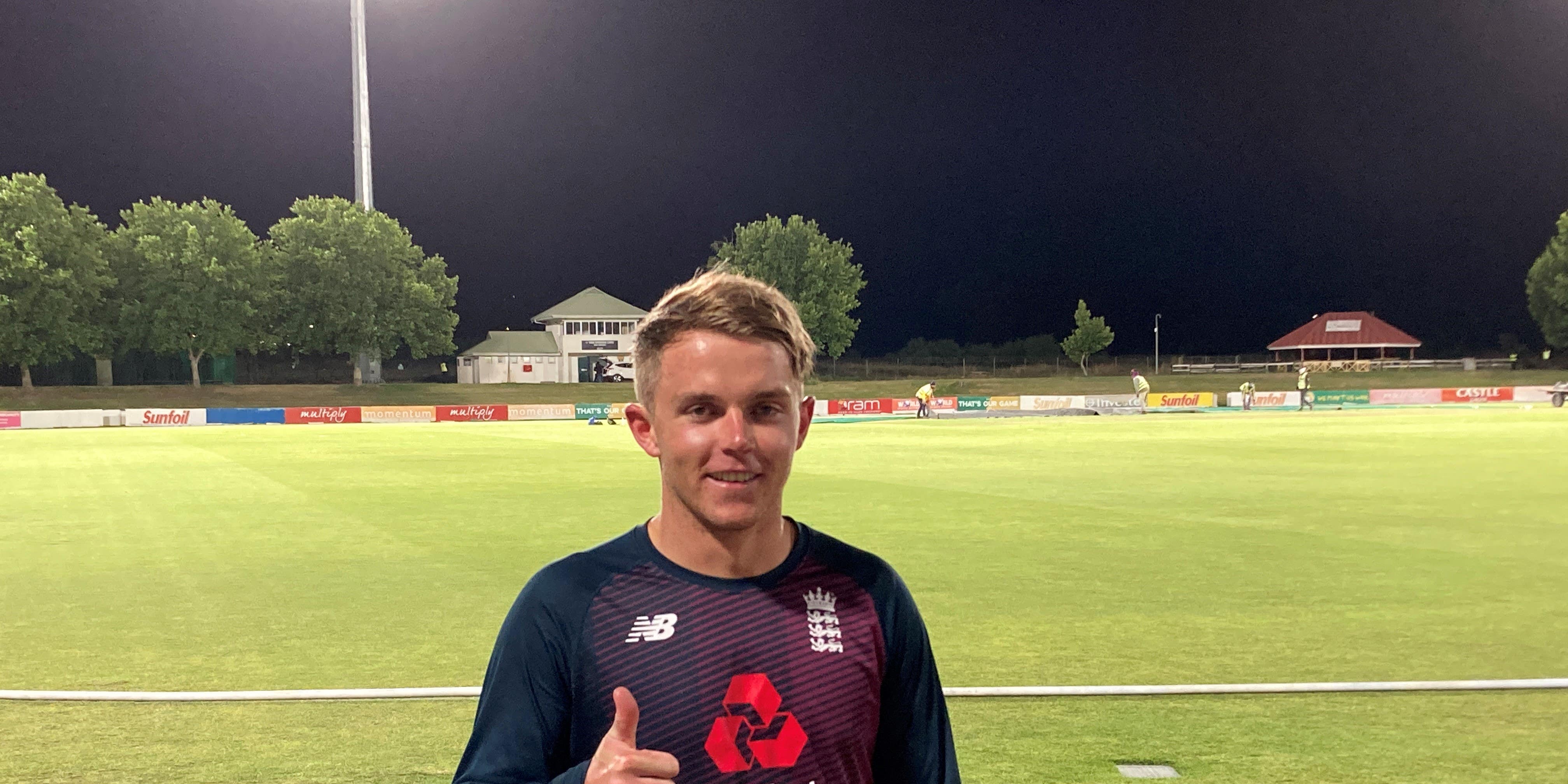 Sam Curran had the rare opportunity of chasing down two winning targets in one innings as England got creative to make the most of their final preparations to face South Africa.

The tourists had initially scheduled two internal Twenty20 matches in Paarl but, having scrapped the early game, ended up hastily initiating a second target after Jos Buttler’s XI coasted to victory over Eoin Morgan’s team.

Curran made 45 not out in just 18 balls as he and Joe Root (45no off 26) saw their side past the original winning mark of 140 in just 12.4 overs. With so much of time left, head coach Chris Silverwood headed out to the pitch for a chat with Morgan and the pair offered up a new equation – 65 off six overs.

Root had once again poured fuel on the debate about his absence from the T20 squad – he is only officially a member of the 50-over group and is not available for Friday’s series opener against the Proteas – and promptly retired while Curran took the chance to go to the well again.

This time he clubbed 35 more off 19 balls to achieve another win alongside Chris Jordan, eventually walking off with seven fours and four sixes to his name.

While his form will be a big lift, the day’s other dominant performance came from Olly Stone who, like Root, has not been included in the 20-over squad. After bowling with good pace in Saturday’s 40-over warm-up he turned in two superb overs here – finishing with three for 12 and the prize scalps of Ben Stokes and Jonny Bairstow as well as that of Liam Livingstone. Stokes and Bairstow both made brief second appearances at the crease later on as England bent the playing conditions to their purpose.

Stone’s fine figures might have been even better had an earlier Bairstow chance not been dropped over the boundary rope for six and it is tempting to think he was removed from the attack with half of his allocation unused to avoid any further awkwardness for the selectors.

Speaking after leading two astute chases, Curran said: “I’ve never done that before. Morgs just said, ‘Are you guys happy chasing a (new) target?’ and we were.

“So the death bowlers and those of us in the middle order went again and it was great practice in the middle. Any time you’re out in the middle is great training, you’ve just got to focus and put it into game scenarios. I think we’ll be ready for Friday and we’ll need to be because South Africa will come hard at us.”

“The best bit? Probably getting my brother out. It’s got to be, hasn’t it? I’ll hold that over him for a while for a bit of banter with the family,” he said.

“There’s always a bit of back-garden rivalry against my brother and the boys were stirring that up out there.”

As for the stand-out displays from Root and Stone, who have pushed their cases for further attention ahead of next year’s T20 World Cup, he added: “The competition is great for us. The net sessions aren’t easy because you have bowlers steaming in and the batters coming back at you. It’s just really good practice.”

Of the 23 players used over the course of the day, Livingstone and Sam Billings had outings to forget. Having made 23 with the bat, Livingstone was pulverised for 33 in just 10 balls by Root and Sam Curran, while Billings was dismissed twice for a combined five runs.