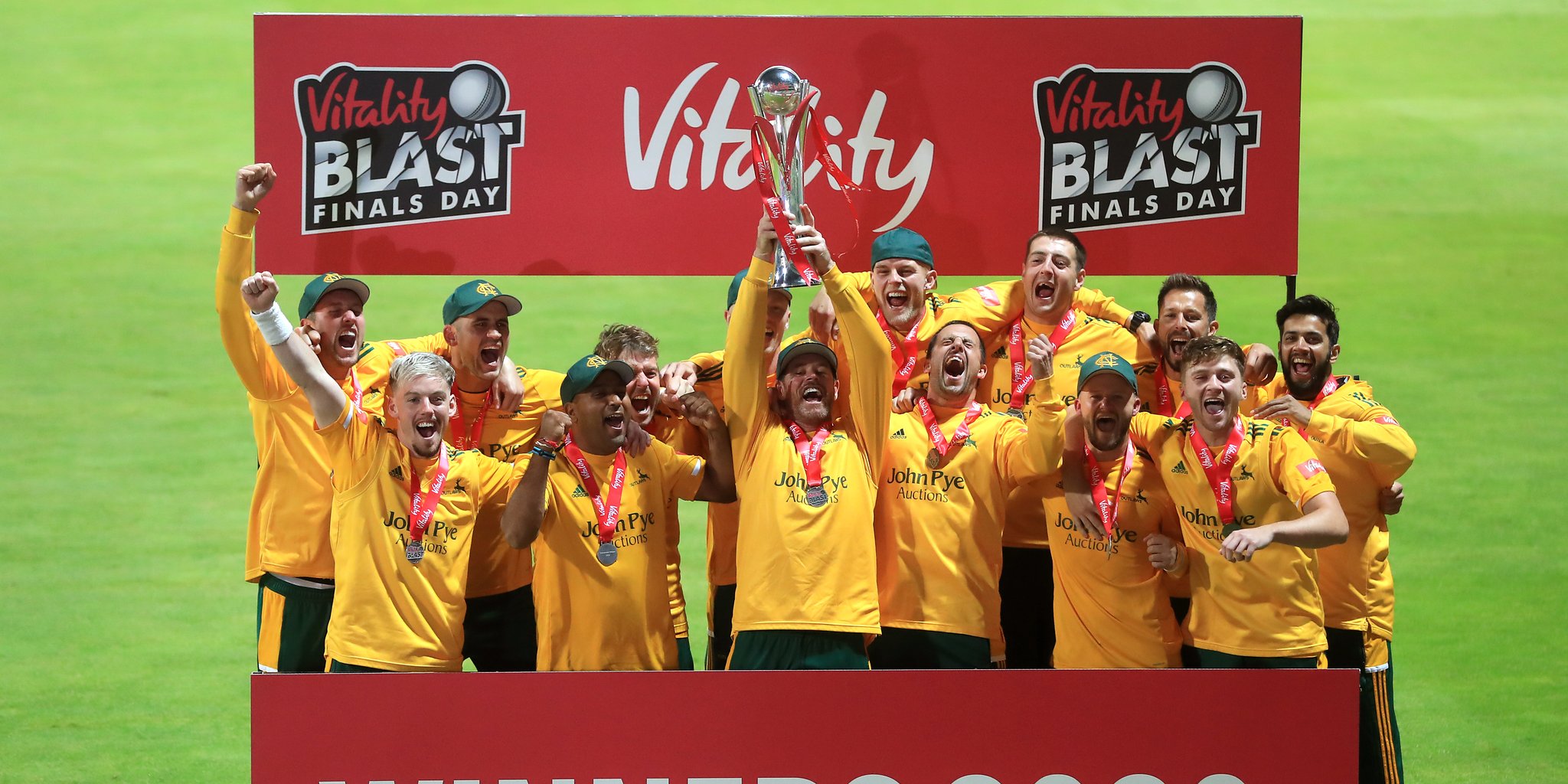 Samit Patel believes Nottinghamshire can create history in this year’s Vitality Blast by becoming the first team to retain the Twenty20 crown.

The Outlaws lived up to their white-ball pedigree by losing only once in the 2020 tournament and held their nerve during a rain-affected finals day to firstly beat Lancashire and then Surrey to clinch the title for a second time in four years.

Notts, who have reached the semi-finals in four of the last five years, did the double in 2017 when sealing Royal London One-Day Cup success, but the next challenge for Peter Moores’ side is to break the curse of Vitality Blast winners not being able to defend their T20 trophy.

“We pride ourselves at Notts on having a good white-ball team and everyone knows each others role, so hopefully we can perform to the best of our abilities to try and get to finals day again,” Patel told the PA news agency.

“One of our goals is to try and retain the title. We know at Notts the brand of cricket we want to play and T20 can be the kind of format where it doesn’t always go for you and you lose crucial moments.

“So if we can get on a roll and win the crucial periods, I think we’ll go really well again because we have some really experienced players. We all know our roles, which is important, and hopefully we have 11 match-winners who can do the job.”

It proved the case last year with Patel, Dan Christian, Ben Duckett, Jake Ball and Joe Clarke all stepping up when Nottinghamshire needed them.

By his own high standards, it was a modest Vitality Blast for destructive batsman Alex Hales, who scored 202 runs at an average of 18.36.

The England international, who has not played for his country since March 2019 following a failed drug test on the eve of the 50-over World Cup, more than made up for it at the Big Bash League in Australia where he topped the scoring charts with 543 runs at an outstanding strike-rate of 160.60.

An England recall for Hales has been mooted over recent months, with former national team selector Ed Smith and current director of cricket Ashley Giles both making it clear the door could not stay closed forever while one-day captain Eoin Morgan admitted the 32-year-old could train with the squad this summer.

County team-mate Patel said: “I think Alex will certainly be knocking on the door and putting pressure on the selectors if he carries on his good form. We shall see what happens later this summer when squads do get announced but hopefully he is in the mix.

“You would hope so. A talent like Alex, you don’t really get. If you look at his record in England colours, it’s outstanding. I think he has been treated a little bit harshly but if he does get another chance, you will see the real Alex Hales.

“He will be clinical in his performance because if you see how he bats for us, he is obviously a pure match-winner and that is exactly what England will be looking for if and when he gets a chance.”

Patel and Hales were rivals at the Pakistan Super League in February before the tournament was suspended due to rising coronavirus cases and with the competition set to resume this month, both will miss out due to their Vitality Blast commitments with Nottinghamshire.

While the pandemic has caused huge disruption to cricket around the world, the former England all-rounder remains grateful that he has still been able to feature in numerous franchise leagues during the last 12 months, including the Lanka Premier League and Abu Dhabi T10 League.

He is set to add the Caribbean Premier League to his CV later this year and admitted: “Playing against the best in the world is a privilege in itself and in the different leagues, so I was really happy with the way things went in the winter.

“It was pretty tough mentally with quarantine but obviously it’s been great to play some cricket in the times we are living in so really grateful to get the opportunity to play.”

Nottinghamshire start their Vitality Blast defence on Wednesday at Worcestershire Rapids in the first of nine North Group fixtures.

It will kick off Patel’s 19th season at Trent Bridge and after he signed a new two-year deal in November, the 36-year-old is set to take his association with the club into a second decade next term.

On the future, he said: “Playing up until I’m 40 in T20 cricket, for sure that will be a definite goal. Hopefully I keep myself fit and let the cricket do the talking.”