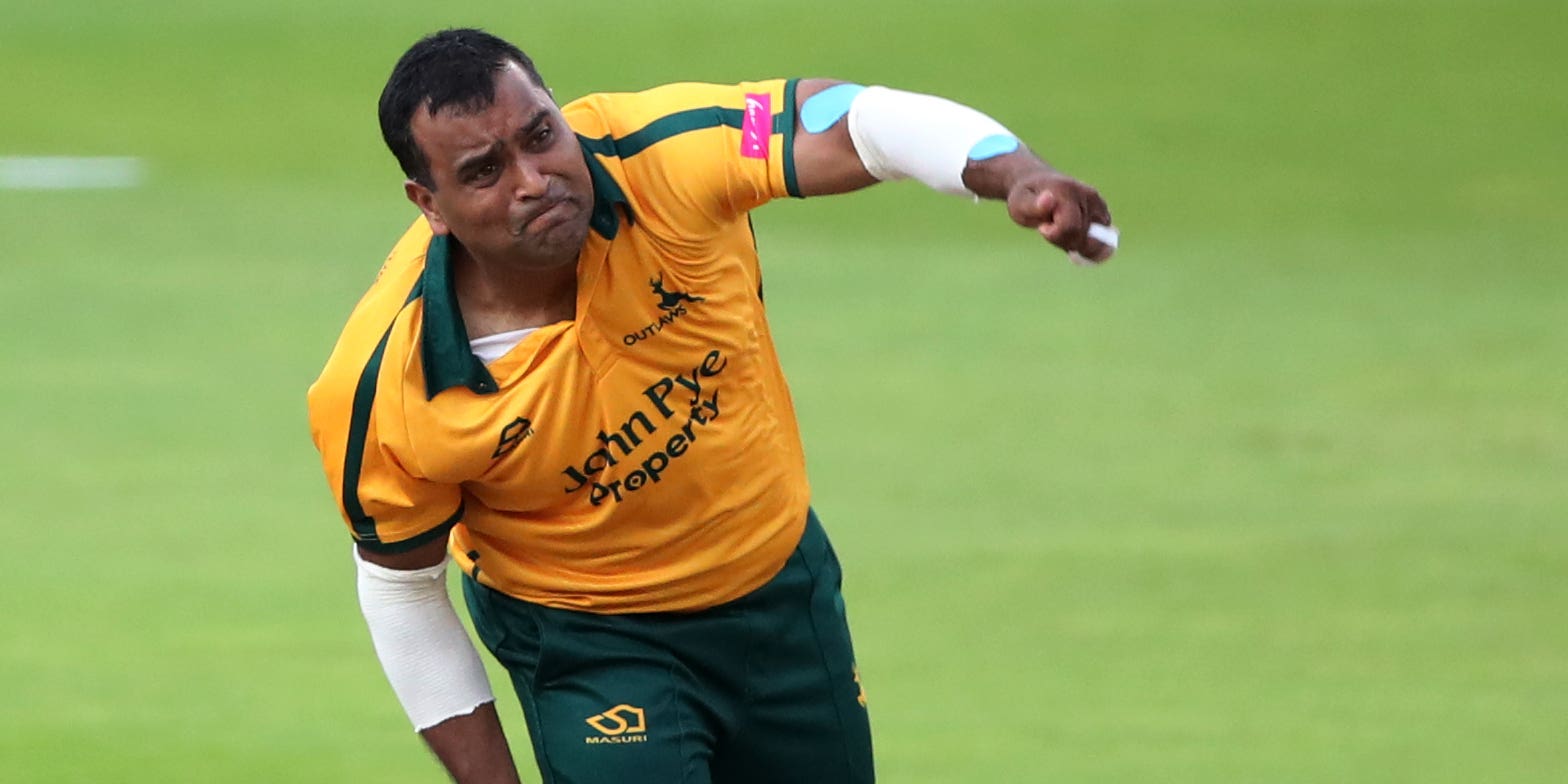 Samit Patel and Alex Hales led Nottinghamshire to a comprehensive 10-wicket win over Worcestershire in the Vitality Blast.

Worcestershire’s 20 overs yielded a meagre 86 for eight as Patel, taking the new ball with his left-arm spin, took three for four in the most economical four-over spell in Blast history.

Jake Ball added three for 17 and Steven Mullaney two for 15 while Jake Libby’s top score of 29 took him 33 balls.

Hales then hammered 60 not out from 24 balls, hitting more than half of them to the boundary with 11 fours and two sixes, while Joe Clarke was 26 not out as they accounted for the target in 6.2 overs.

Notts now lead the North Group, though three teams are within a point of them with Yorkshire and Durham each having a game in hand.

Leicestershire hammered Derbyshire by 42 runs after a spectacular half-century from Louis Kimber.

Batting at number seven in only his fifth county match, Kimber smashed 53 from 28 balls with three fours and three sixes to see his side to 174 for eight.

Derbyshire were bowled out for 132 in response with two wickets each for Naveen-ul-Haq, Callum Parkinson, Colin Ackermann and Scott Steel.

Kent’s 147 for seven, built around 43 from England’s Zak Crawley and Jordan Cox’s unbeaten 36, always looked insufficient, all the more so when Gloucestershire openers Miles Hammond (33) and Chris Dent (37) put on 54 in five overs.

Ian Cockbain retired hurt after hitting 30 from 17 balls but Phillips hit three fours and three sixes in his 25-ball blast to finish the job with more than six overs to spare.

Sussex’s game against Glamorgan was abandoned without a ball bowled as a wet outfield put paid to proceedings.