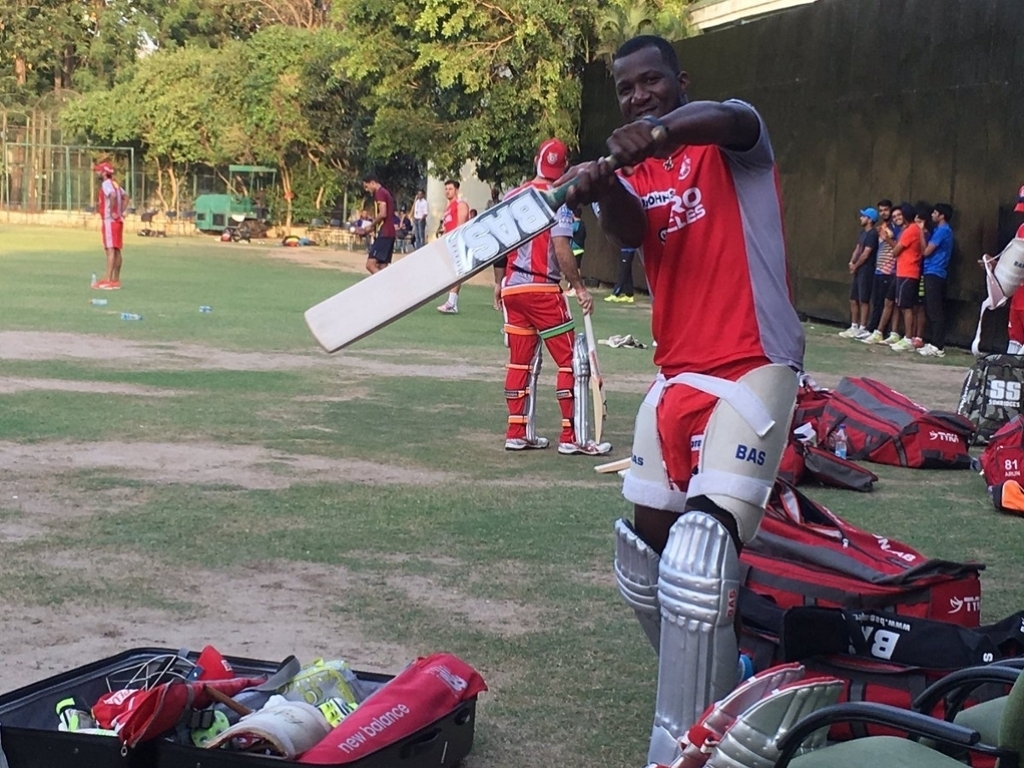 Sammy was bought at auction by the Kings XI for approximately US$46,000 but has missed the franchises first six games without any official reason being offered.

The former skipper has been performing a number of off-field duties during the time he has not been playing for the Kings XI but hasn’t played any professional cricket since the end of the Hong Kong T20 Blitz in March.

Sammy led Peshawar Zalmi to the Pakistan Super League title earlier this year endearing himself to cricket fans in the country by making the trip to Lahore to play the final under heavy security.

An icon in his native St Lucia where he has had the rare honour of having a stadium named after him while still playing Sammy was the first man from the island to captain the West Indies.

He has often been at odds with the WICB whom he lashed out at on social media when he was stripped of the captaincy and dropped from the T20 team soon after guiding the team to a second World T20 title.

Sammy joins the Kings XI at a time when they desperately need inspirational leaders like him, the Punjab franchise find themselves in mid-table having played six games and while a few wins will move them up into the playoff spots a few defeats will see them slip towards the foot of the table.

The side led by Glen Maxwell have blown hot and cold throughout the season but Sammy’s allround ability could provide the team with some much needed balance as they push for honours.