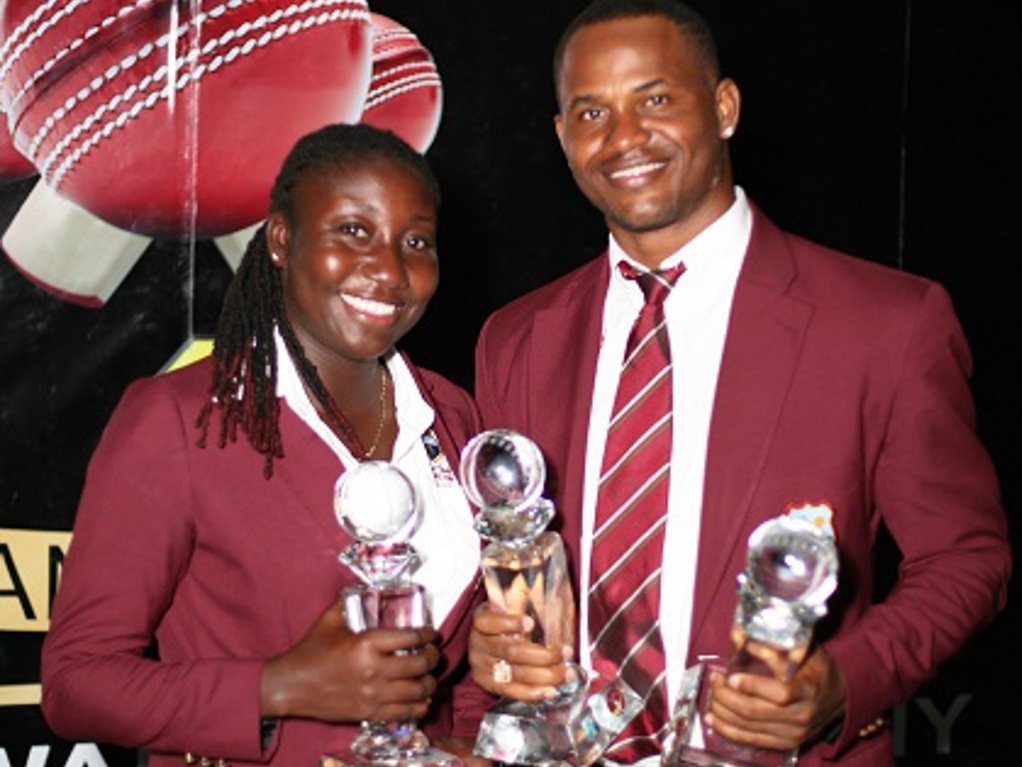 Samuels scored 484 runs from nine Tests while tallying 601 runs from 15 ODIs and 118 runs from five T20I outings in the last year.

The 35-year-old Jamaican also played a key role in West Indies’ capture of the Twenty20 World Cup in India, hammering an unbeaten 85 off 66 balls in the final to see off England.

He recently led West Indies’ batting in the recent Tri-Nations Series involving South Africa and Australia, carving out 258 runs at an average of 36.85.

She was also inspirational in guiding West Indies Women to the capture of their maiden T20 World Cup title in April, scoring 246 runs in six matches. Her half-century in the final was key to the Caribbean side’s victory over three-time defending champions Australia Women.

Darren Bravo, meanwhile, was adjudged Test Player-of-the-Year for his 644 runs at an average of 35, with one century and five half-centuries.