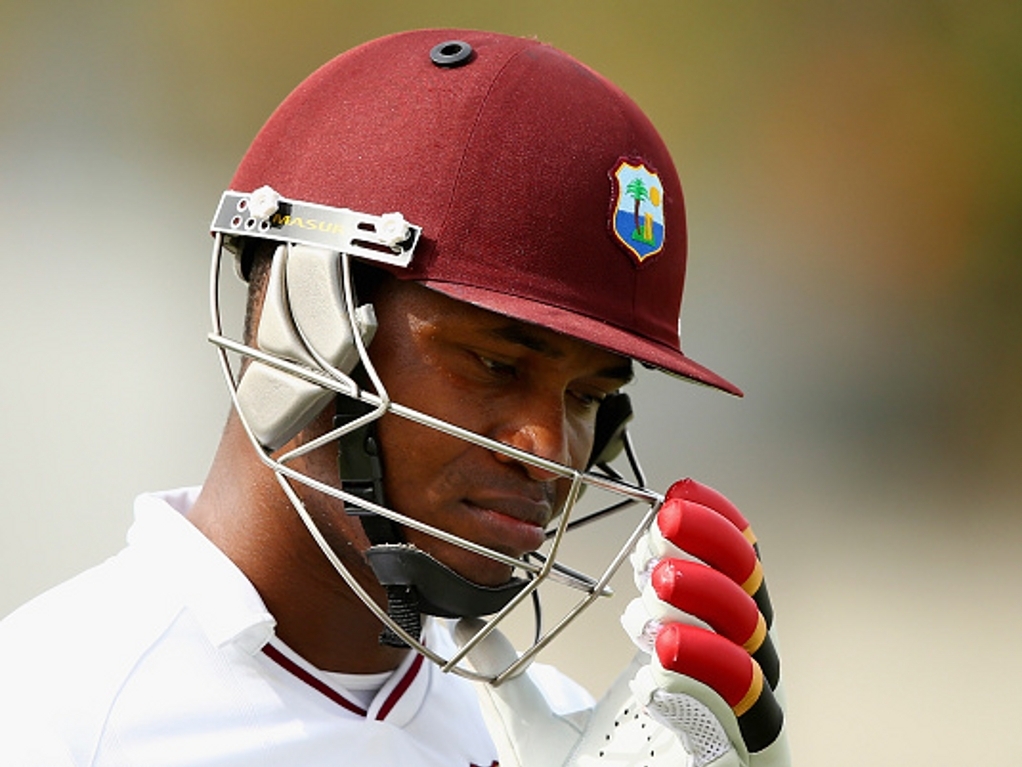 West Indies batsman, Marlon Samuels, says youth is no excuse for a Test team to underperform and has challenged his team to step up in the second Test against India at Sabina Park.

The West Indies were blown away by a classy India outfit in the first Test, powered by Virat Kohli and Ravichandran Ashwin.

Speaking to the media ahead of the second Test Samuels was his typical blunt self: "Well, first and foremost, I'm not going to be here to tell you that it's a young team,

For me to say that is like finding excuses for the team. It's a Test team, and Test cricket is big-man cricket, and the players should know that by now.

"They are here, playing Test cricket. So we all have to step up to the plate, and put up a very good challenge against the Indians.

"The Indians are a very good team, a very good unit, so what we want to try and build right now is a team spirit, and build a stronger unit in order [to move forward]. Yes, we have new players coming in, but they still have to deliver. At the end of the day, you have to do that to keep your job here."

Samuels is not satisfied with his fifty in the first Test: "You make a half-century, it's a milestone,

"You have to cherish it, but at the end of the day I always want more. I haven't been getting the runs that I'm looking for in the Test arena, but I've been making up in the shorter versions, so it augurs well that I'm doing well for the team as well.

"It's just, I need to start focusing more and putting in some big performances, so the team can benefit from my performances."

The opener is looking forward to turning out in front of his home crowd, saying: "It's a great opportunity for me,

"Not too many sportsmen get to play in front of their home crowd. I've got the opportunity more than one time, so I cherish it, playing in front of a Jamaican crowd.

"As I said, it's a great opportunity, not only for me, but for the team to make a turnaround and come here and play some positive cricket and put up, not just a challenge, but a fight."

Samuels has dismissed suggestions by Jeffrey Dujon that he is on the brink of retirement: "Jeffrey Dujon can say anything,

"But what I say is, I'm here to focus on the Test series and put my best foot forward, and make a significant contribution, so that whatever I do, the team can benefit from it. So that's my ultimate goal and that's my focus at the moment."