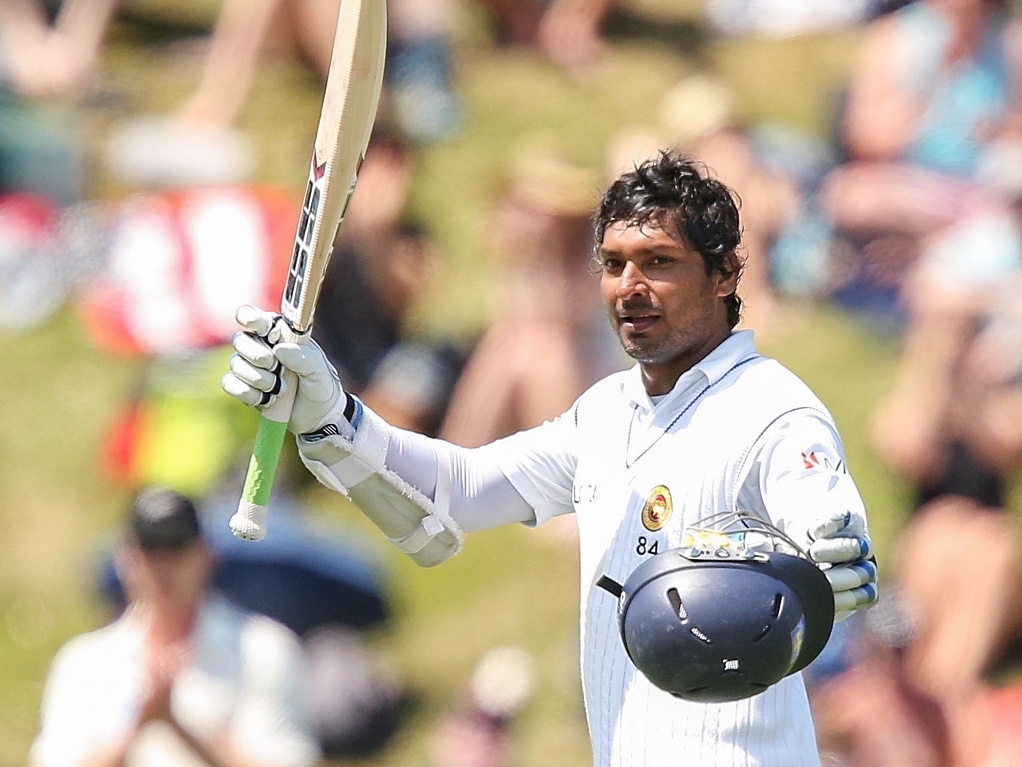 Sri Lanka veteran batsman Kumar Sangakkara says he is reconsidering his retirement timeline, originally slated for after the World Cup, in light of his current form, after he scored a double century against New Zealand.

Sangakkara's 203 was his 11th score over 200 in his Test career, just one short of Don Bradman's record, and he is now thinking of extending his Test career in order to equal that record. He also passed 12,000 Test runs in the Wellington Test.

Sangkkara was the top Test run-getter in 2014, and had said he would retire from all formats after the World Cup in February and March, but has been begged by selectors to reconsider and add a few more series onto his career.

Sangakkara: "I would love to equal Bradman. It just depends on how everything pans out after this World Cup. It's really hard to predict what will happen and what my thoughts will be about my future.

"I've promised the selectors that I'll really have a chat and reconsider to see if there are a few more months of cricket in me, Test-wise.

"I actually think the desire is always there. It's never the lack of desire or the lack of pride you take in playing for your country that makes you take a decision to say: 'That's enough'. It's just a case of sometimes just knowing it.

"It's a really tough decision to make, but the important thing is that that window of opportunity to walk out on top is really small. If you miss it, you don't know what will happen after that."

Of his innings, Sangakkara said he had to keep playing positively, even though there was the temptation to be defensive considering he started the second day on 33 and with his side on 78 for five.

He continued: "At 78 for 5 it was just a case of ensuring that we make sure to bat to score runs, rather than survive.

"It's really easy to go into a shell at that moment and go into a mindset where you think about just seeing tough times out rather than waiting to capitalise on loose balls.

"The moment you try and score, the pressure is always on the bowling side to keep bowling good balls.

"The Kiwi attack has been fantastic in both games, in the sense that they're very disciplined. But the difference comes when they're under pressure to keep bowling those good balls, and the moment they make a mistake, if that ball goes for a boundary, that changes momentum.

"That's what we did pretty well in the morning, and we tried to keep doing that right throughout the innings."