Home Blog Opinion Sangakkara a legend, on and off the field

Sangakkara a legend, on and off the field 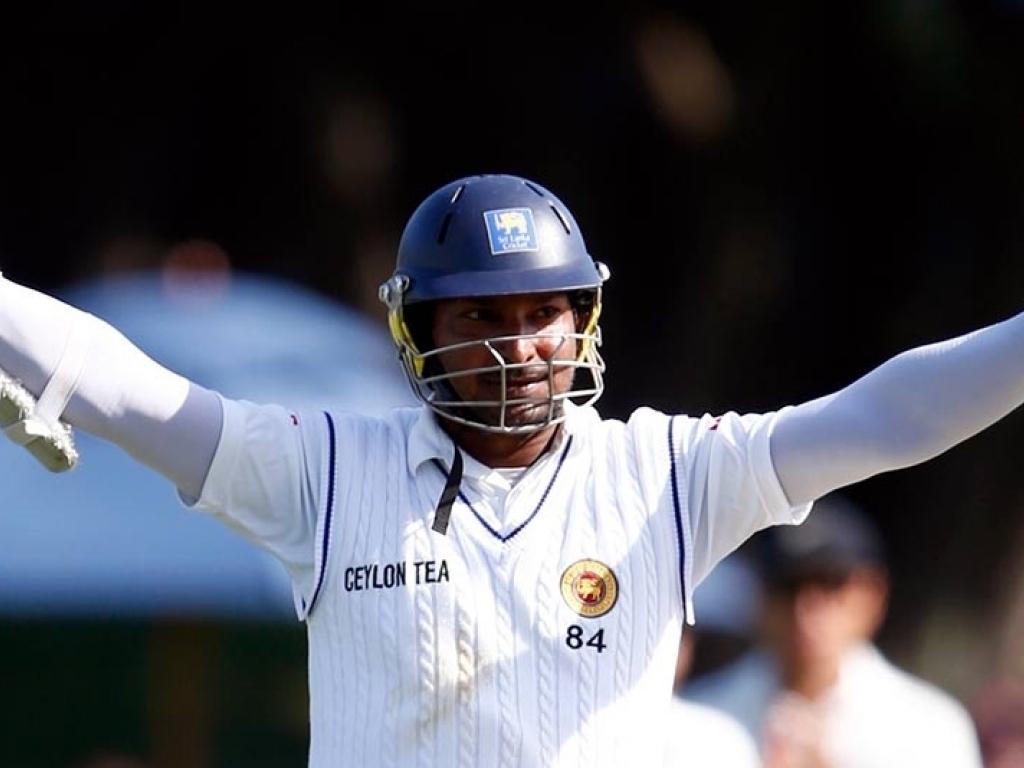 Sachin Tendulkar, Ricky Ponting, Jacques Kallis and Brian Lara. If you grew up watching international cricket in the late 1990’s, or early into this millennium, these were the batsmen, for the most part, that entertained you, made you cry, and made you sit at the edge of your seat, glued to our beloved game.

You would’ve debated fiercely with anyone on the merits of why ‘your player’ is the best in the world, and would probably have had solid reasons to back you up.

The one player not on that list, and maybe is it is a sign of how his career in general was summed up, is Sri Lanka’s Kumar Sangakkara.

The reason why Sangakkara is not talked about as one of the ‘greats’ is because throughout his awe-inspiring career he was always seen by the world as good, but not quite in the league of the four mentioned above.

It is only now that Sanga is retiring that people are taking note of is achievements. Forget the fact that he played in five finals at World events (Three WT20 and two World Cups).

Sangakkara, to me, will go down as the best player that I have watched. Better than Ponting, Kallis, Tendulkar, and Lara.

The exceptional Tendulkar scored 100 international centuries, a feat that will probably go unmatched for an eternity, and he always batted under the most intense pressure, carrying the hopes of a billion countrymen on his shoulders.

However for most of his career, Tendulkar played in the best India team to grace cricket fields around the world. He batted at number four, neatly tucked in between Rahul Dravid (who was desperately unlucky not to be mentioned in the first line) and Saurav Ganguly. They would be in the top 10 of the best Indian batsman of all time.

Kallis was, for almost two decades, the rock of the South Africa team, churning out century after century. And not forgetting his exploits with the ball, almost 300 wickets in Test cricket. Perhaps the best cricketer to have ever lived. But we are talking batting.

Kallis always had the criticism of never taking the attack to the opposition. Never dominating when required. Never showing any intent to move the game forward. All traits that everyone above had.

Ponting was everything an Australia cricketer aspires to be. He was confident, aggressive, he was a leader and he could bat. And bat he could. He was his county’s best batsman since Don Bradman.

However. the former Australia captain was not well-liked around the world. Respected on the field yes, but not loved off it. Again, it was a trait that the above mentioned players had.

What can we say about Lara, the West Indian genius? He was aggressive; he could take attacks apart in one session and swing the match in his teams favour, and he played in one of the worst Windies sides in history.

Lara, though, always had run-ins with the West Indies Cricket Board. And while the administrators played there part in the many fiascoes in West Indies cricket, Lara will always have a stain against him when he was captain of the team that almost did not tour South Africa in 1998 due to pay dispute.

It was only a letter from former South Africa president Nelson Mandela that saved the tour, but when the Windies arrived they were shocking to say the least. The Proteas won the Test series five-nil.

Although Sangakkara and his country’s Cricket Board were never on the best of terms, he would never refuse to play for his country.

He once told journalists: “My loyalty will be to the ordinary Sri Lankan fan, they are my foundation, they are my family. I will play my cricket for them. Their spirit is the true spirit of cricket.

“With me are all my people. I am Tamil, Sinhalese, Muslim and Burgher. I am a Buddhist, a Hindu, a follower of Islam and Christianity. I am today, and always, proudly Sri Lankan.”

In purely batting terms, he was better in his own country. Of course he was. Everyone is better in their own conditions, but he still boasts averages (in all formats) of 49 in Australia, 49 in New Zealand, 44 in England and 43 in India.

He can also say that he has centuries in every Test playing country, including one at Lord’s, the Home of Cricket.

Two more years and he could become the all-time-leading run scorer in Test history, or he could break Bradman’s record for the most double-centuries, which is 12 (Sangakkara has 11). But he is not interested.

There wouldn’t be a single person, teammate or opposition, that will have a bad word to say about Sangakkara, whether it is on or off the field.

It is that respect which he has earned that sets him apart for me. All we can say is: Thanks for the memories Sanga, you will be missed.