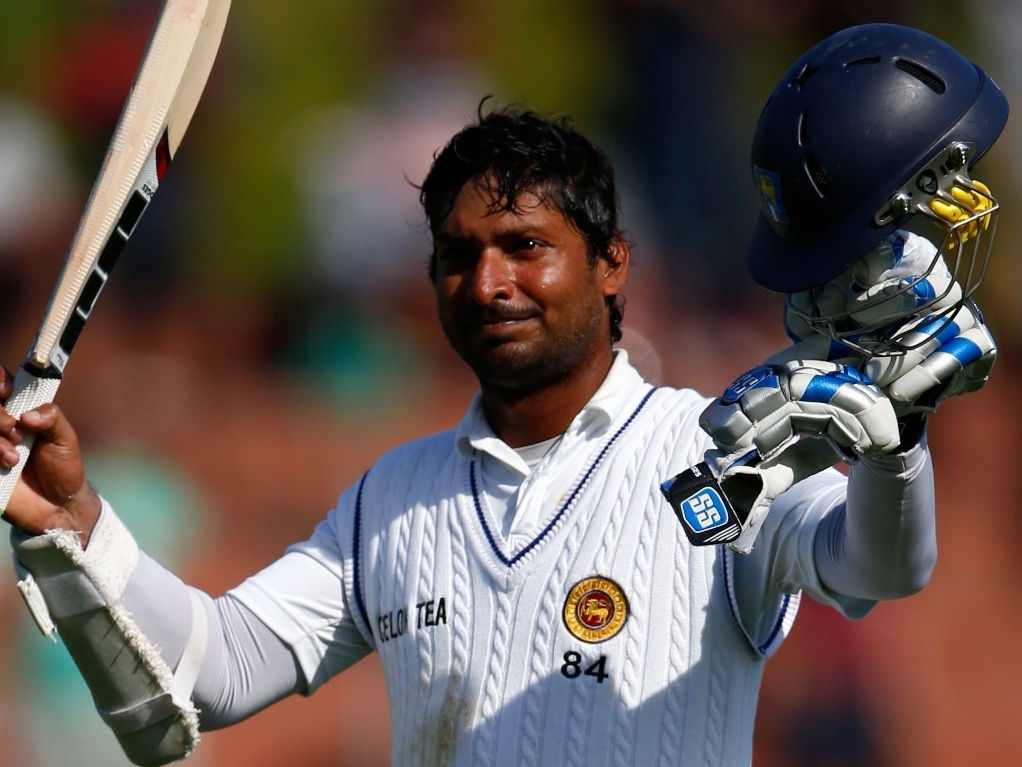 Sri Lanka star Kumar Sangakkara has returned to the top of the ICC Test Players Rankings following the completion of the second Test in Wellington, which hosts New Zealand won by 193 runs.

Despite the 2-0 series defeat, Sangakkara’s knocks of 203 and five saw him replace South Africa’s AB de Villiers at the top of the rankings for Test Batsmen, where he was one point clear on 909 points.

Kane Williamson of New Zealand jumped seven places to a career-best ranking of seventh in the batting rankings following his scores of 69 and 242 not out. In achieving his highest Test score to date, Williamson also passed the 3,000-run mark, reaching 3,034 runs in 39 Tests.

Following South Africa’s eight-wicket victory over West Indies in Cape Town, Marlon Samuels vaulted seven places to 31st in the batting rankings after knocks of 43 and 74.

Dean Elgar also moved up two places to a career high 48th, while other upwards movers following this Test, which helped the Proteas secure a 2-0 series win, included Denesh Ramdin (up three places to 59th) and Leon Johnson, who was the highest climber, moving up 25 places to a career-high 70th after scores of 54 and 44.

Meanwhile, following Saturday’s drawn Test in Sydney that ensured a 2-0 series victory over India, Australia captain Steven Smith leap-frogged Angelo Mathews into a career-high fourth place in the batting table after scores of 117 and 71.

In the rankings for Test Bowlers, New Zealand’s Trent Boult returned match figures of four for 130 runs to help his side to victory over Sri Lanka and improve his ranking by one place to sixth on 795 points, nine adrift of Australia’s Mitchell Johnson.

Amongst the other bowlers to feature from the Sydney Test were Australia duo Shane Watson and Josh Hazlewood, up to 38th and a career-high 46th respectively.