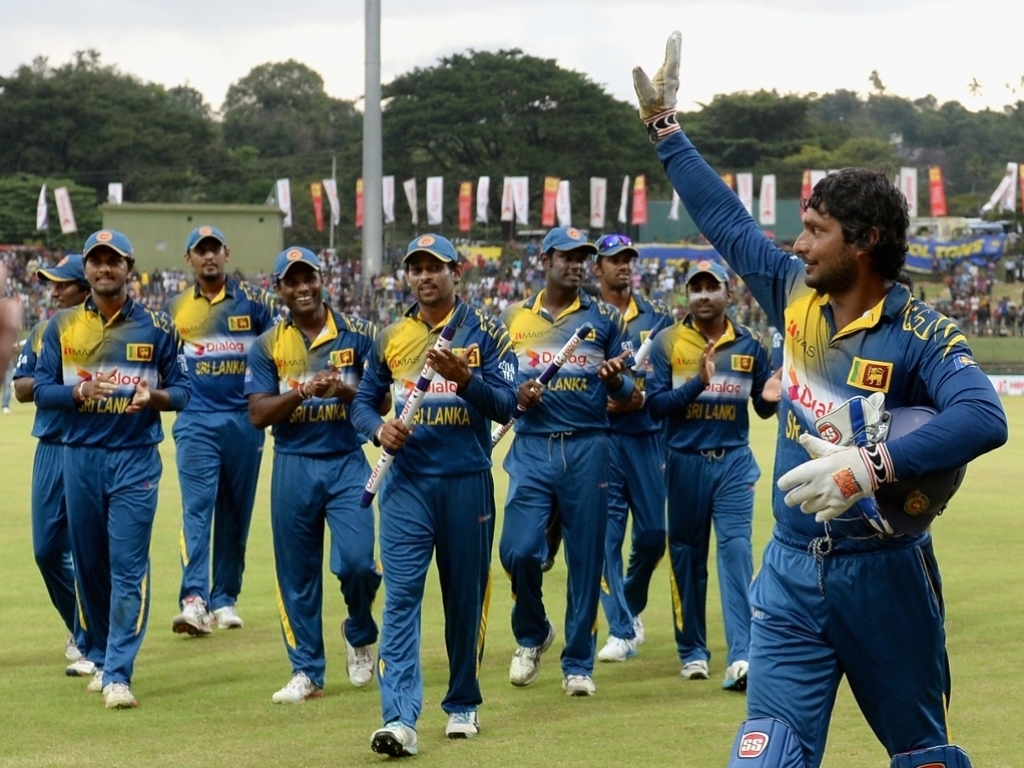 Veteran Sri Lanka batsman Kumar Sangakkara is in the form all younger players can only dream of, but has insisted that he will be retiring from ODI cricket after the World Cup early next year.

Sangakkara scored a century in the sixth ODI against England at his home ground in Kandy, and afterwards waved a long farewell to the fans. Despite calls for him to postpone his retirement, he's stood firm.

Sangakkara said: "If I'm not able to play in the next World Cup when one World Cup ends, there is no point in me sticking around. All I'll end up doing is taking up the spot of another player.

"We have four years to build up a good team. Today, Dinesh Chandimal came in after a while and played a very special, very important innings.

"Just like that, the likes of Lahiru Thirimanne, Dimuth Karunaratne and Kusal Perera have plenty of ability and plenty of talent. We need to give them time and opportunities, just like we had when we were younger.

"They need time to settle, and mature and win another World Cup after this next one."

As for his Test future, Sanga hinted that he'd only play one or two more series after the World Cup before hanging up the white kit as well. He's looking into playing for Surrey next season, as well as other ventures worldwide.

The 37-year-old continued: "My plans for next year are a case of finalising my Test career, and ensuring I can keep my word to the people that I've given my word to.

"The only thing left is to think about my Test career beyond the World Cup. But I don't see myself playing more than a couple of series at the most.

"Playing for Surrey is something that I really want to do as well. Graham Ford is there. I've worked with Fordie, and he's been brilliant for Sri Lankan cricket, and personally to me. He's been a fantastic influence in my career.

"The idea is not to go cold turkey with retirement, but to slowly wind it down and make sure I don't drive my family nuts by staying at home all day. Hopefully I'll be able to make it there and have a good season."