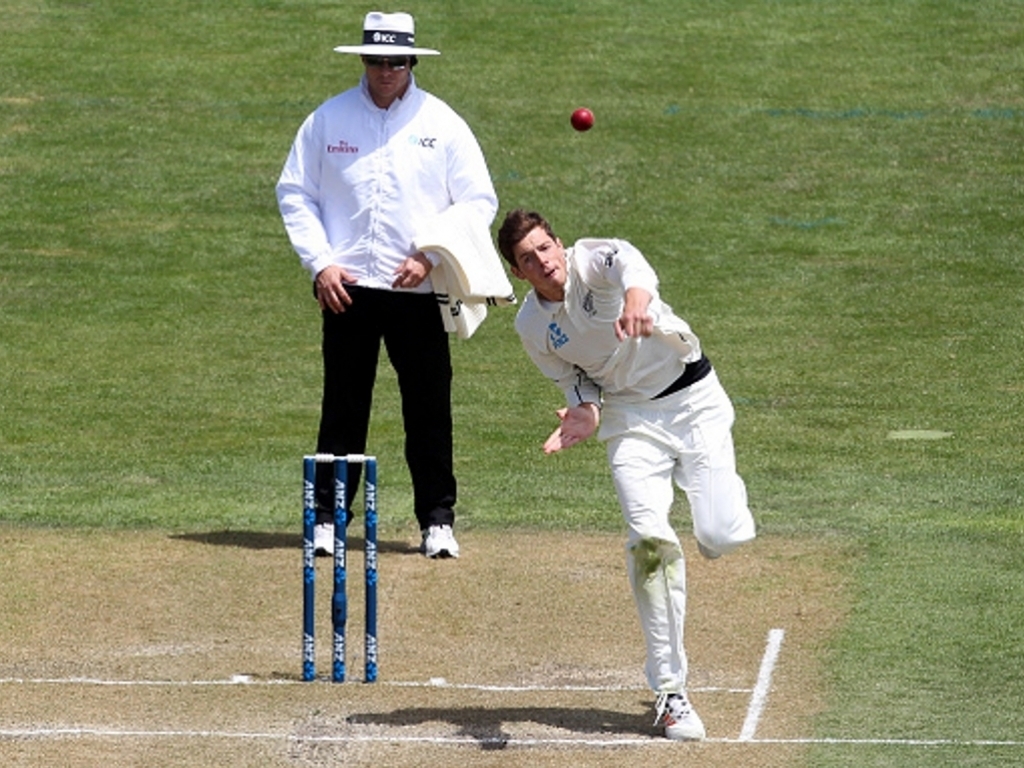 Allrounder Mitchell Santner has come into the Black Caps squad for the second Test against Pakistan, having made a quick recovery from a fractured wrist three weeks ago.

Santner replaces Jimmy Neesham in the squad, who will rejoin the Otago Volts. An x-ray today showed Santner’s left wrist to have healed enough to make him available for the match starting Friday.

Ross Taylor’s status for the second Test is still yet to be confirmed, with the 32-year-old to see another eye specialist in the coming days. Northern Districts batsman Dean Brownlie will join the squad as cover for Taylor.

Black Caps selector Gavin Larsen said: “It’s obviously pleasing to have Mitchell back with the team ahead of the second Test. With him and Todd in the team, it gives us the opportunity to play two spinners if required. Mitchell brings all-round ability and is coming off a strong tour of India.”

“We’re still waiting on a little more information on Ross before we make any decision on his availability for the second Test. Dean will come in as cover, but we should know more in the next couple of days.”

A further update will be provided on Taylor following his next appointment.

New Zealand won the first Test in Christchurch despite losing the entire first day to rain after stellar debuts by Jeet Raval and Colin de Grandhomme.