Saqib Mahmood an injury concern for Lancashire and England 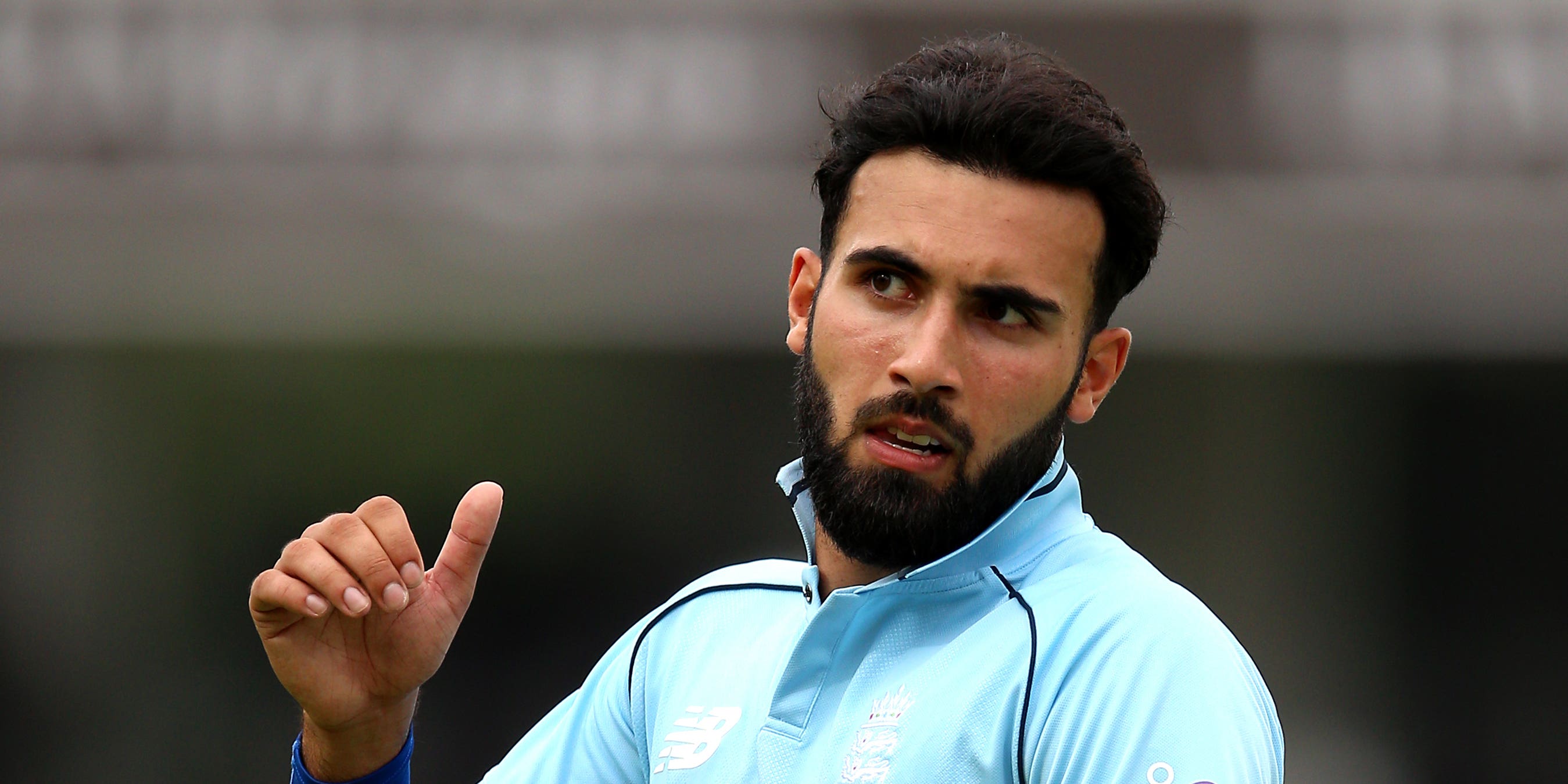 Lancashire bowlers Tom Bailey and Danny Lamb starred in what could be a crucial match against Nottinghamshire in the race for the LV= Insurance County Championship title but there were concerns over an injury to Saqib Mahmood.

The England pace bowler had to leave the field soon after tea, pulling up midway through the second over of his fourth spell of the day with an apparent side strain.

Bailey and Lamb claimed four wickets each as Nottinghamshire were dismissed for 272, with Ben Duckett, on-loan Sam Northeast and Joe Clarke scoring half-centuries.

Lancashire will have work to do on the second day, however, after closing on 28 for two – Brett Hutton claiming both wickets.

The seamers of Warwickshire and Hampshire made hay as 20 wickets fell on an extraordinary opening day at Edgbaston.

The start was delayed by an hour while it was decided whether it was safe for the match to be played in light of a positive Covid-19 test in the Hampshire camp, and the bowlers soon made up for lost time.

Hampshire, put in, were all out for 89 before lunch as Will Rhodes took five wickets for 23 runs, but they struck back to bowl top-of-the-table Warwickshire out for 116 – Mohammad Abbas with five for 29 and Keith Barker five for 43.

Hampshire made a better start to their second innings, reaching 41 without loss.

Fisher cleaned up Somerset’s lower order to claim five for 41 as the visitors were dismissed for just 134 on an opening day where 15 wickets fell.

Josh Davey helped Somerset fight back with the ball, but Brook guided Yorkshire into a 25-run lead at 159 for five.

Jamie Smith’s stunning century rescued Surrey from a perilous position against Northamptonshire in the Division Two encounter at Wantage Road.

The 21-year-old wicketkeeper-batsman scored 123 with a six and 14 fours to drag the visitors from 15 for three to 252 all out – Will Jacks providing great support with 60.

However, Tom Taylor’s first five-wicket haul of the season kept the hosts, who were seven without loss in reply at the close, right in the game after a topsy-turvy day.

Durham enjoyed an outstanding start to their clash with Glamorgan, bowling the visitors out for 97 before ending day one with a lead of 126.

Paul Coughlin tore through the Glamorgan line-up with four for 11 then Michael Jones led Durham past the visitors’ total with ease by scoring 81.

Alex Lees notched 55 in an opening stand worth 119, and the hosts were in a position of strength at 223 for three at the close.

Paul Walter hit his fourth championship half-century of the season as Essex eked out a painstaking 74-run lead over Gloucestershire on a day that saw 15 wickets fall.

The tall left-hander was the only batsmen to get to grips with a worn pitch on which Gloucestershire were bowled out for a paltry 76 before lunch, with seamer Jamie Porter taking four for 32.

Division Two leaders Essex started in a similarly downbeat mode until Walter
stepped in. By the close of the first day he had reached 71 not out from 189
balls.

Kent lead Division Three table-toppers Worcestershire by 51 runs after reaching 184 for four at stumps on day one.

Nathan Gilchrist took a career-best five for 39 and Matt Milnes four for 35 as
Worcestershire were all out for 133, Ben Cox their top scorer with 41 not out.

Darren Stevens and Jack Leaning were unbeaten on 56 and 52 respectively at the close after Ollie Robinson hit 50.

A disciplined batting performance gave Leicestershire the upper hand on the first day against Derbyshire.

Sam Evans faced 292 balls for 88 while Lewis Hill and George Rhodes also made half-centuries as the visitors took advantage of a flat pitch.

Hill was unbeaten on 86 from 124 balls and Rhodes scored 54 from 84 deliveries to take Leicestershire to 282 for three at the close.