Sarah Glenn looking to transform into all-rounder after impressive display 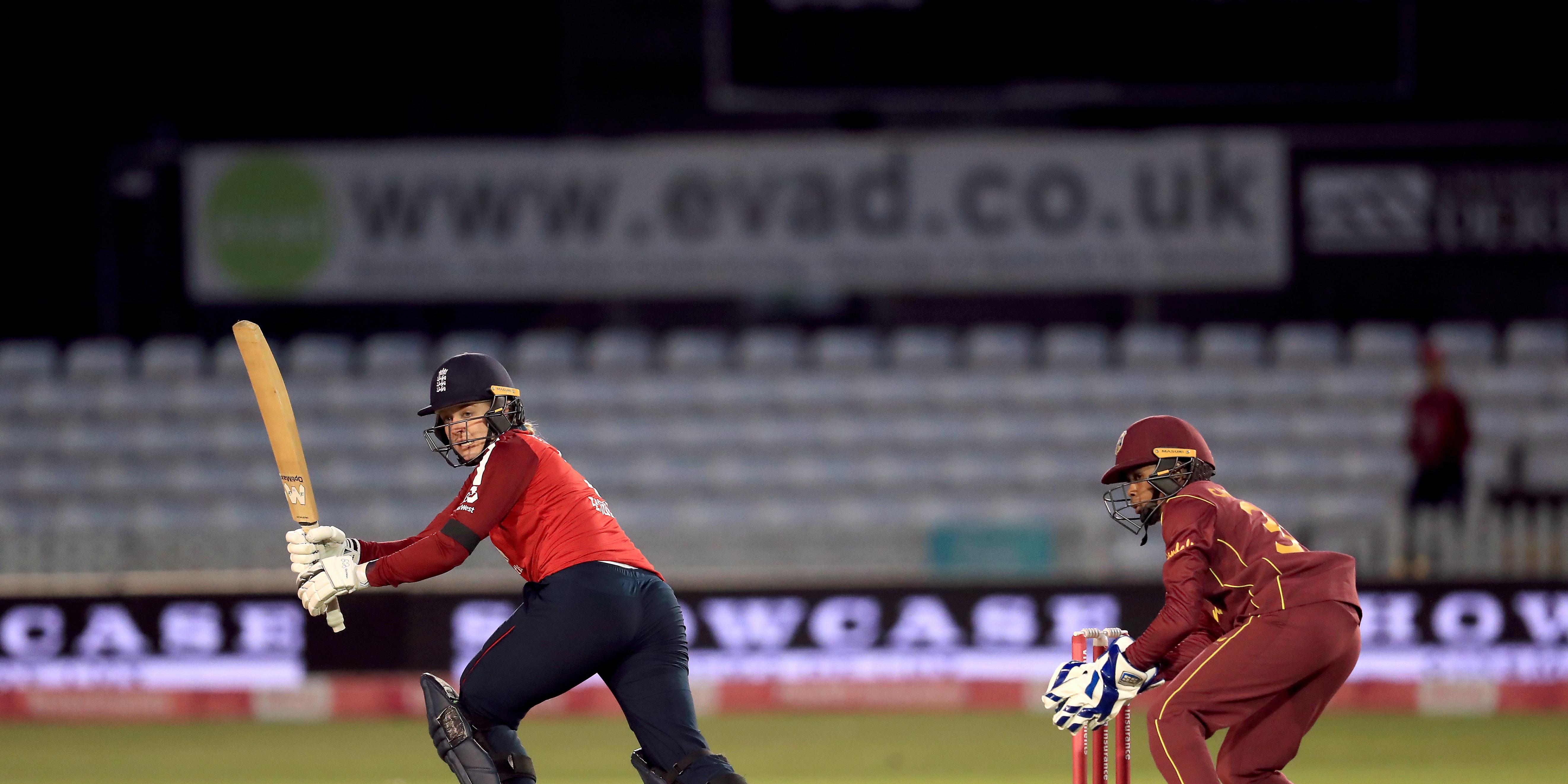 Sarah Glenn is aiming to establish herself as an all-rounder after making key contributions with bat and ball in England Women’s 47-run victory over the West Indies in the second Twenty20 at Derby’s Incora Ground.

With England stumbling to 96 for six and in danger of running out of steam, Glenn walked out to bat for only the second time in her 15th international appearance and injected some late impetus into the innings.

Glenn’s 26 from 19 balls was England’s top score in their 151 for eight, a total that seemed challenging at the halfway stage but the game was in the balance when Deandra Dottin and Stafanie Taylor were at the crease.

However, Glenn took centre stage with the leg-breaks that first earned her international recognition at the back end of last year, dismissing both Dottin and Taylor before the Windies crumpled in a heap.

The 21-year-old was understandably encouraged by her performance on her home ground and, now feeling refreshed after a six-month break between England fixtures because of coronavirus, is ready to burnish her all-round claims.

She said: “It’s quite special because it’s the ground where I grew up playing as well. It felt quite a special moment and I’m just glad I’ve done people at home proud as well.

“I’ve been wanting to work my way up the order, it was quite special to get some runs.

“The time off did me really well just to clear my head and come back with a fresh mindset to just try and be really positive. I want to keep playing my attacking way, whatever the situation.”

Glenn believes there is a special camaraderie between herself and her two fellow spinners, insisting they are close on and off the field and take enjoyment from each other’s success.

Glenn said: “We click really well together on and off the field, I can feel I can talk to them about anything.

“We help each other on the pitch, talk about what the pitch is doing, how they (batters) are playing and what’s the best ball.

“And time off the pitch is great, we have quite a good laugh. We’re really happy seeing each other do well, it’s really exciting.”

England can move into an unassailable 3-0 lead in the Vitality Series when the teams meet again on Saturday in a game that will be simulcast by Sky Sports and the BBC.

Glenn believes England have regrouped well in their first games since March’s T20 World Cup, adding: “We’ve took time to build back up as a team, we’ve had a lot of time off and there were a few cobwebs at the start.

“But I thought we’ve done really well to build it back up and I think we’ve been really sharp from game one. Hopefully we can take it into the third game on Saturday.”