Home News Sarfraz, Shadab bring Scotland back down to earth

Sarfraz, Shadab bring Scotland back down to earth 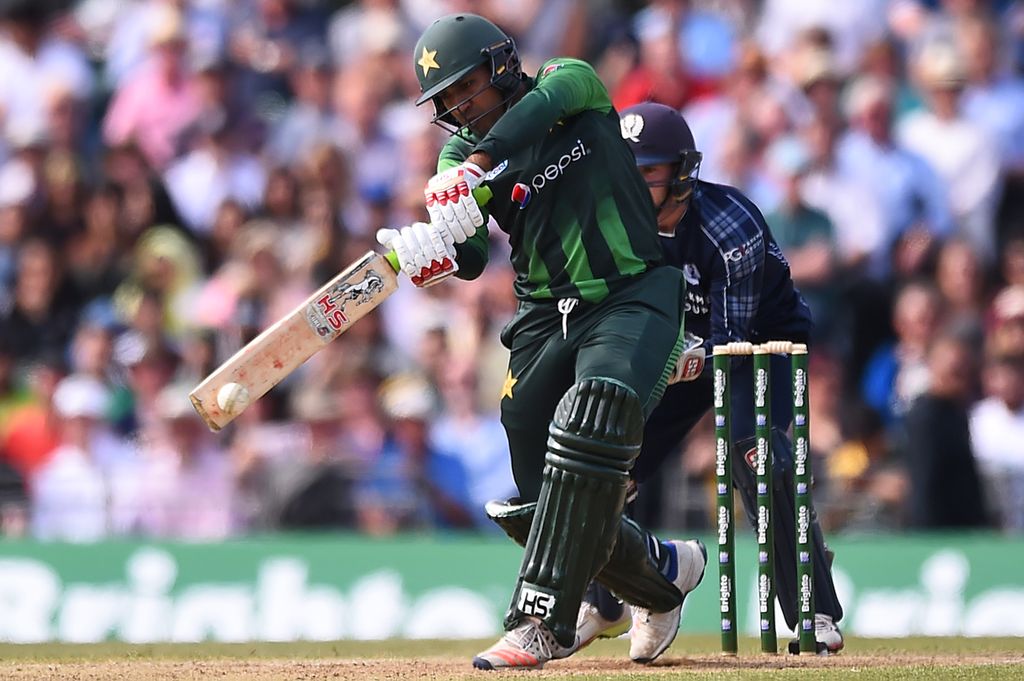 Captain Sarfraz Ahmed starred with the bat and Shadab Khan with the ball as Pakistan beat Scotland by 48 runs in the first of two T20Is in Edinburgh on Tuesday.

After he had won the toss and elected to bat, Sarfraz, batting at number four, struck a fluent unbeaten 89 off 49 balls as Pakistan posted a total of 204/4 in their 20 overs.

The Pakistan skipper was well supported by Shoaib Malik (53 off 27 balls) as the duo added 96 after coming together with the score on 87/3 in the 11th over.

Alasdair Evans was the pick of the Scotland bowlers with 3-23 in four overs but the seamer was the only one to go at under six runs an over as they leaked at the other end.

The hosts, who came into the game on a massive high after beating England in an ODI at the same ground on Sunday, got off to rollicking start in the chase as openers Kyle Coetzer (31) and George Munsey (25) put on 53 inside the first six overs.

Seamer Hasan Ali made the breakthrough when he had Munsey caught by keeper Sarfraz and the Scotland innings folded after that.

The Leg-spin of Shadab proved difficult for the Scottish batsmen to handle as the slow-bowler captured 2-25 in four overs as the hosts could only muster 156/6 in their 20 overs.

Michael Leask wielded his willow wildly at the end to be unbeaten on 38 off 24 balls but it was far to late for Scotland.

The second and final match of the series takes place at the same venue on Wednesday.