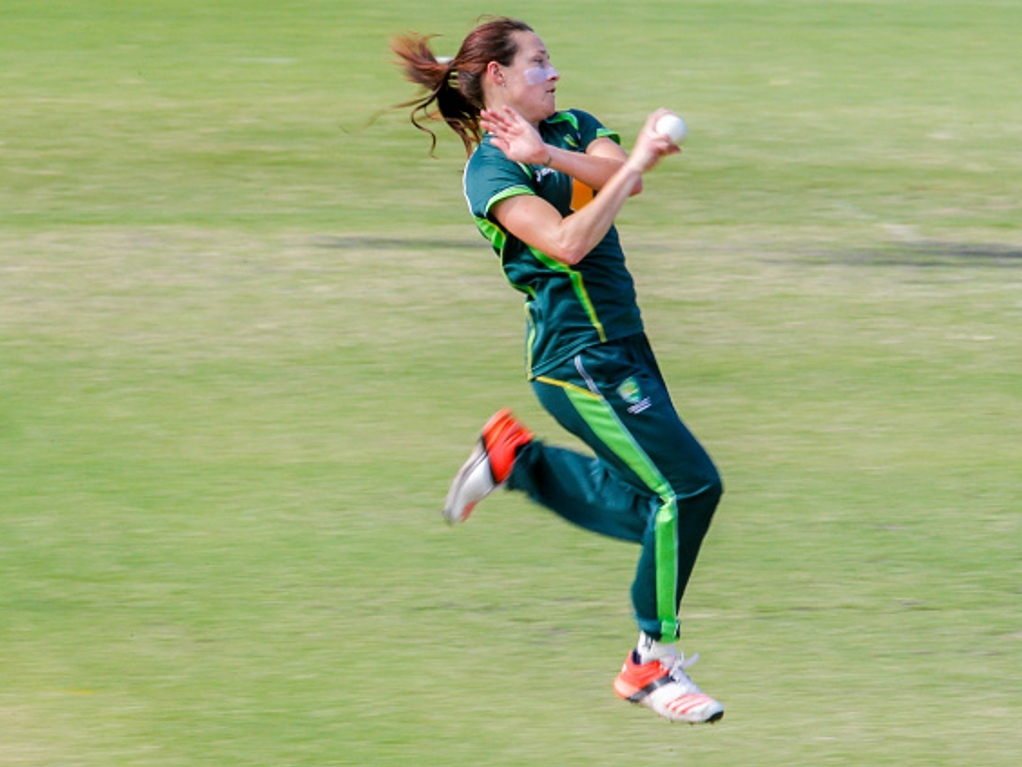 After spending an extended period on the sidelines due to injury, Australia fast bowler Megan Schutt is looking to return bowling quicker than ever next month.

The quick spent four months on the sideline with tendinitis in the knees, and has indicated she wants to come back fiercer than ever.

Schutt has had to be patient, enduring a painstaking recovery, which she detailed to cricket.com.au: "It's a long-term, slow rehabilitation injury,

"It was at its worst in January during the India series and became a maintenance thing for the next few tours after that – heavy strapping, treatment, icing after any movement really.

"Once we finished the (T20) World Cup they said, 'We've got a long process ahead of us'.

"Unfortunately I had to pull out of the (UK) Super League and I was given a six-week gym program that involved six sessions a week, which was cardio-based – swimming and bike. And I'm very sick of the bike.

"But I got reassessed last Friday and given the all clear to start bowling again – very heavily watched, but it's nice to be outside again."

Schutt credited the rehab with increasing her strength, which may translate into an increase in pace, paired with her notorious in-swinger that could be lethal.

The speedster commented: "I'm already the strongest I've ever been, which is the plus side of (the rehab work),

"It's nice to have a good solid base to work from.

"I'd like to add a good 5kph on, that would be beautiful.

"I'd love to be more intimidating, and that's the goal with my bowling coach Joe Dawes – him and I would like me to get a bit quicker so if that can come from me being injured, then it's a blessing in disguise."

Schutt has targeted consistent improvement: "My simple goal is to better each season. So for WNCL I'd like to be the leading wicket-taker again, and take even more wickets than I did last summer – 15, 16 plus is what I want and I think what you need to be the leader of your side anyway,

"I'd like to get up to 115(kph), that's my goal. I don't mind not being the fastest bowler in the world, but I'd just like to have that extra pace, bowl a few more bouncers and be a bit more of an intimidating fast bowler."

The Southern Stars stalwart admitted to misdirecting the support staff about her knee pain, ahead of the World T20 earlier this year: "As an athlete you do sometimes lie about how things feel because you want to play,

"In a World Cup, you're kind of going to go through anything as long as you get to play.

"If I thought I was going to inhibit the team I probably wouldn't, but at the same time it wasn't too much of a hindrance for me while I was bowling – it was more so afterwards that it would be very sore.

"After the game I probably couldn't walk for a while and things like that, but during a game, if I strapped it enough I was playing at probably 70-80 per cent and I was still able to run full pelt."

Away from the international scene Schutt is targeting an improved Big Bash: "I thought I had a pretty crappy WBBL tournament to be fair,

"I didn't hit the right lengths and probably got knocked around for too many runs, so I just want to improve and help us get to the finals.

"I've been probably our strike bowler for the last few years now and I see myself as one of the leaders of the team, especially the bowling group.

"If I can lead the way in the T20 format as well, I think it'll help bring up everybody … it's a team sport but it's the most individual team sport there is, so I know I have to step up my game this WBBL."