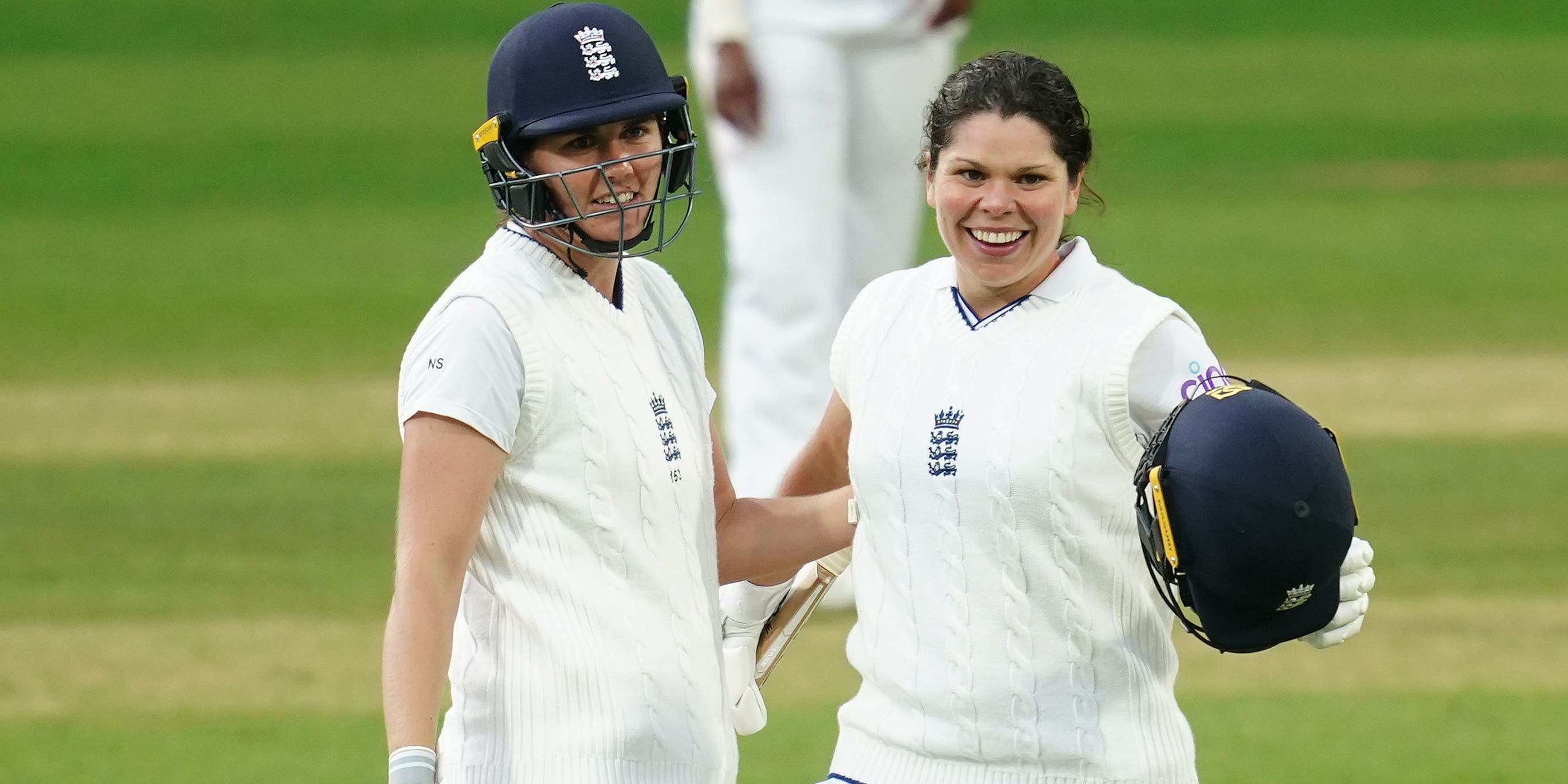 Nat Sciver and Alice Davidson-Richards struck stunning maiden Test centuries as England cruised to 328 for six following a flurry of early wickets on day two of the LV= Insurance Test at Taunton.

England had lost three wickets for just 21 runs either side of the lunch break, but Sciver played a well-crafted innings, scoring an unbeaten 119 from 207 deliveries as her side sailed past South Africa’s first innings total of 284 to take a 44-run lead.

Sciver was well-supported by her former school and hockey team-mate, Test debutant Davidson-Richards who made 107 of her own before being caught at point from the final ball of the day.

Davidson-Richards also became the first English cricketer, male or female, to score a century and take a wicket on Test debut since WG Grace.

England bounced back from 121 for five to capitalise when the going got tough for the visitors and the runs began to flow after the tea break which they went into at 176 for five.

Sciver enjoyed a stunning World Cup, including an unbeaten 148 against Australia in the final just 86 days ago, and had no issues carrying her form from an impressive winter into the Test arena.

Sciver bounced back after running out her batting partner and captain Heather Knight in the first over after lunch.

Knight was left stranded and, despite a dive, was unable to get back into the crease and finished her innings with just eight runs.

Davidson-Richards had toiled away to get herself in. Having been four from 25 balls at one point, she then found her stride, especially against the spinners on her way to her first international century.

Debutant Emma Lamb and fellow opener Tammy Beaumont set a solid platform as England reached 65 without loss before the wickets began to fall after the lights were turned on early in the grey conditions in Somerset.

Lamb played confidently on debut and made a well-hit 38 before being bowled by Anneke Bosch, who was the pick of the bowlers and took the wickets of both openers, with Beaumont the first wicket to fall.

Bosch finished with three for 59 while Marizanne Kapp, fresh off the back of her 150 on day one, worked hard and had the best economy rate of the visiting bowling attack, despite not picking up any wickets.