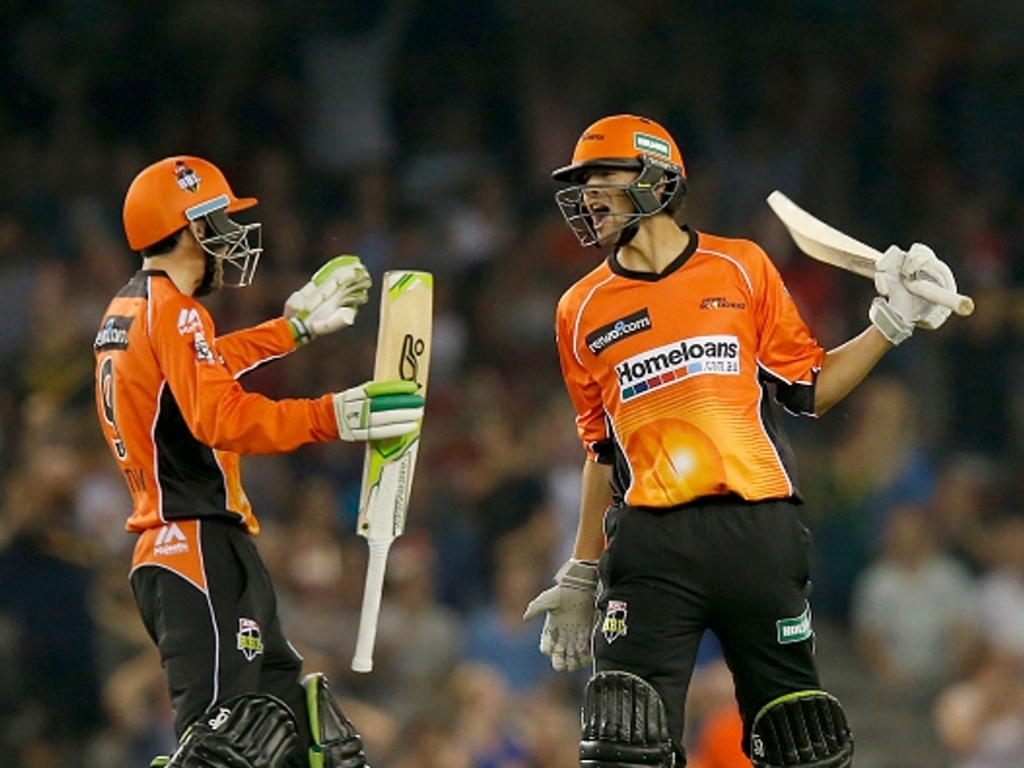 The Perth Scorchers won their Big Bash League clash with the Melbourne Renegades off the final ball of the match with Ashton Agar smashing a six to win the game.

The Scorchers needed three to win or two to force a super over with one ball remaining in the 20th over of the chase and Agar smashed an Aaron Finch full toss over the leg side for six.

The Renegades had set the Scorchers a target of 149 to win as they amasses 148/8 in their twenty overs.

A number of the Renegades batsman got settled but they could never really launch with both openers getting out in the twenties while number three Cameron White top scored with 37 off 36 balls.

Callum Ferguson (28) and Dwayne Bravo (23) both made decent contributions but couldn’t close out the innings and the death saw wickets fall steadily and the Renegades struggle towards 150 eventually falling two short of the mark.

Englishman David Willey was the pick of the bowlers taking 2 for 15 from 3 overs.

In response the Scorchers started sluggishly with Shaun Marsh struggling to score before he was caught at midwicket off Sunil Narine for 7 off 23 balls.

Michael Klinger played a sterling knock though putting on good stands with Ian Bell (22) and Mitchell Marsh (34) but after Klinger went a flurry of wickets fell.

First Ashton Turner slapped what would have been a wide from Nathan Rimmington to deep cover to go for one and then Mitchell Marsh and Adam Voges where dismissed in the final over.

Agar pillaged ten runs off the final three balls though to give the Scorchers their second win of the tournament as they defeated the Renegades by four wickets.