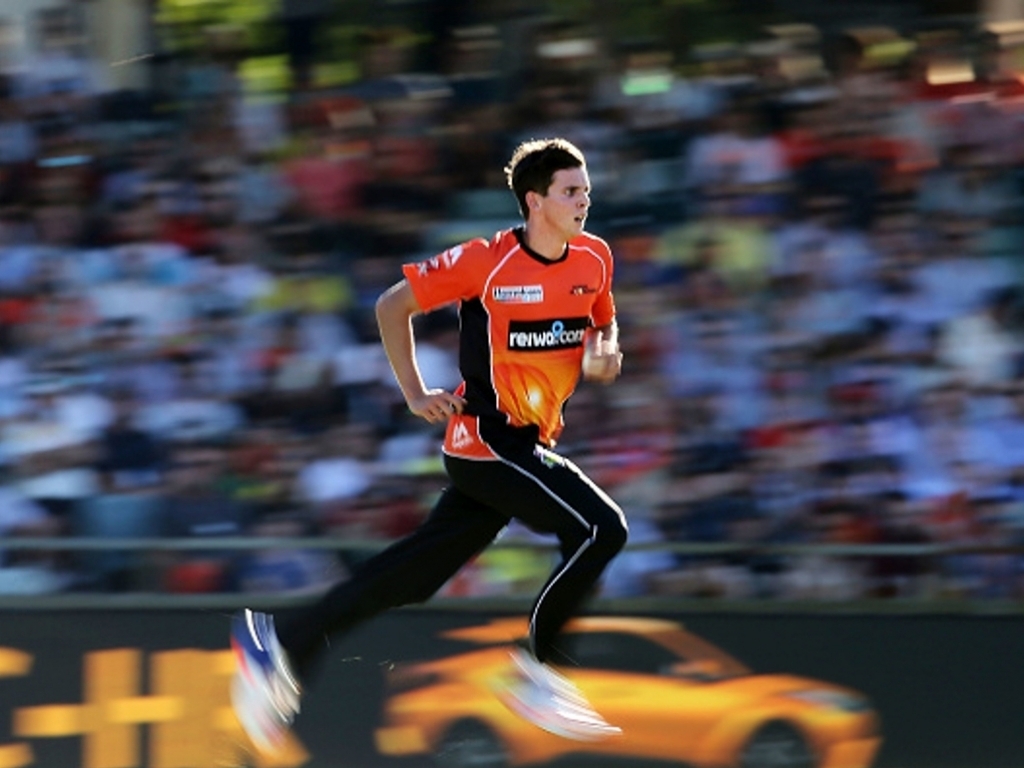 The Perth Scorchers claimed their third Big Bash League title after completing a nine wicket victory over the Sydney Sixers.

The Sixers found themselves on the back foot early on when Ashton Turner claimed the wicket of Daniel Hughes (8) in his first and ultimately only over to leave the Sydney outfit 9 for 1.

It was a fantastic day for Jhye Richardson who picked up 3 for 30 in his four overs but before that he was involved in the run out of Nic Maddinson (1).

Mitchell Johnson put in yet another fanstastic shift for the Scorchers taking 1 for 13 from his four overs and stunting the Sixers start picking up the scalp of Michael Lumb (5). 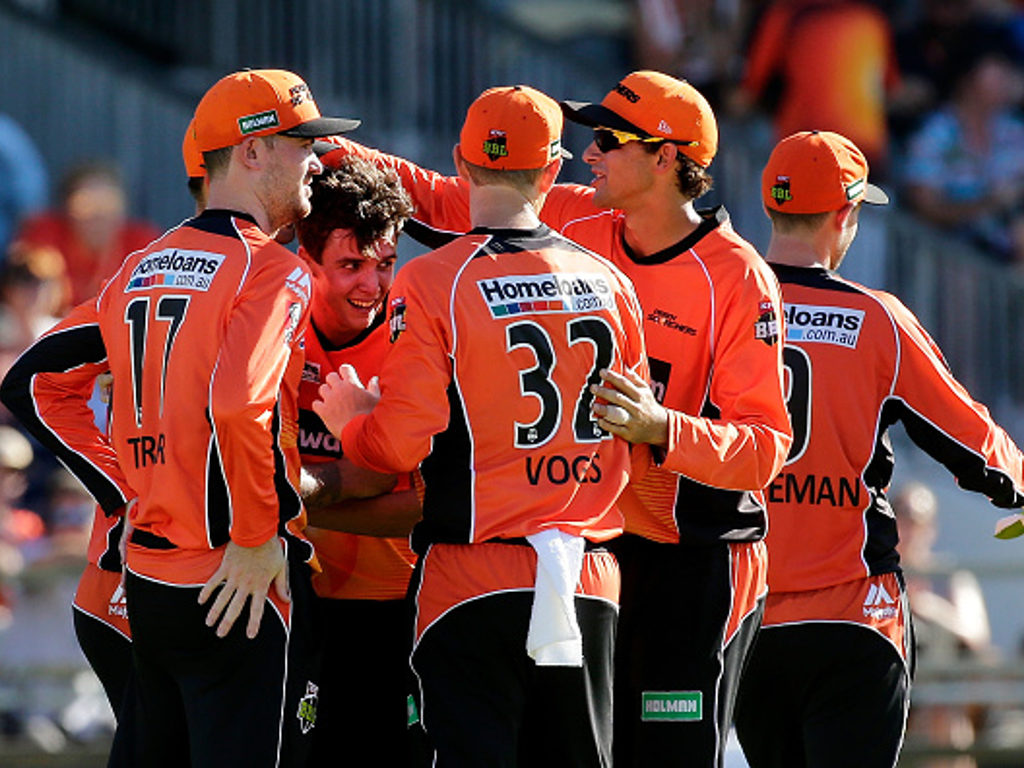 In the space of two overs, the 10th and 12th of the innings Richardson tore out the Sixers middle order leaving them 80 for 6 after the loss of Moises Henriques (21), Brad Haddin (38) and Jordan Silk (3).

Aussie Test bowlers Nathan Lyon (9) and Jackson Bird took the Sixers to 141 for 9 in twenty overs.

In reply Michael Klinger (71 not out) played a sublime knock as he stretched his record as the Big Bash League’s alltime leading runscorer.

That would be the only wicket the Scorchers would lose as the old professionals Ian Bell (31 not out) and Klinger guided the Perth outfit to yet another title.

Klinger said after the win: “Some times the risks come off. 140 can be a tricky target. We just thought that we’ll come out here and take the game away. Whiteman was unbelievable in the first three-four overs, but our bowlers set this up for us. Our coaching staff is second to none. What a way to possibly send off the furnace here!”

Star bowler Johnson has put an end to rumours he would accept a call up to the Australia T20I team: “Pretty awesome. It brings back old memories. Two best teams played the final, they were a tough opposition who seem to play their best in the final, but the last two games have been amazing.

“I’m enjoying it, loving it. Four overs and done. I’ve hardly batted. I was just asked to go out bowl and have fun, that is exactly what I have done. You always think about coming out of retirement. Playing here, I had fun, but I don’t think I will play international cricket again. That’s done and dusted. I’m just enjoying playing here.”

Defeated skipper Henriques said: “They came out firing, got on top of us early. We got a partnership, but they just kept taking wickets throughout. Great effort to make a grand final, we won a few close battles but couldn’t get over tonight. Apologies, we couldn’t put on a better show.”

Man of the match Richardson was delighted saying: “Very happy. Speechless, this is a new experience but this is a special moment.

“Being able to fast-track my cricket and ask questions I haven’t been able to ask before is special.”