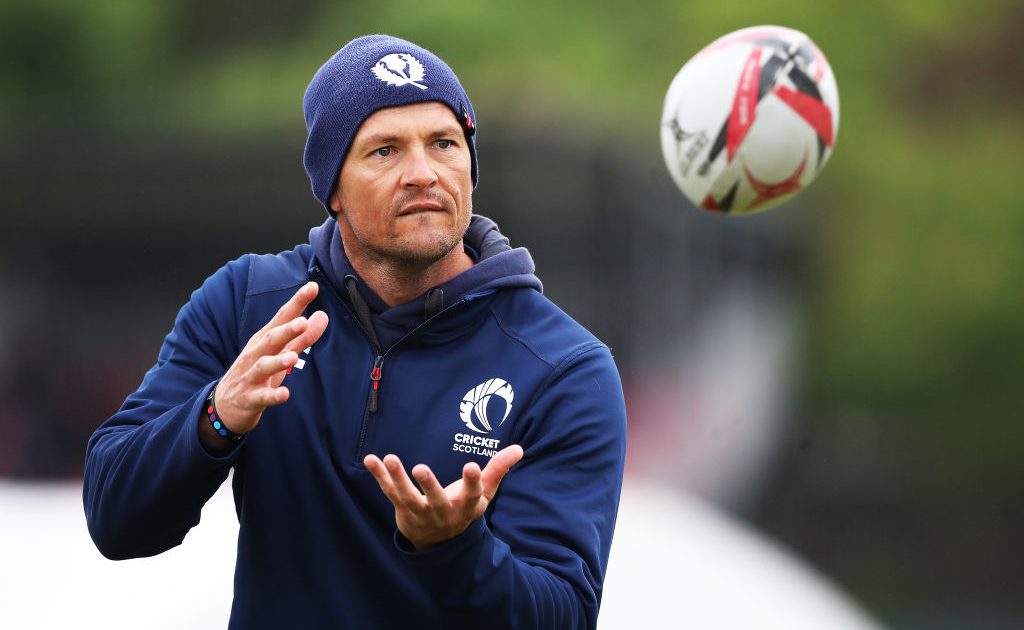 Scotland head coach Shane Burger has urged his players to continue making a noise at the T20 World Cup after silencing highly-fancied Bangladesh in their opening game.

The Scots beat the Group B favourites by six runs on Sunday despite being deep in trouble at 53 for six during their innings with the bat.

All-rounder Chris Greaves was the hero in his second T20 international, top-scoring in his side’s 140 for nine and then taking two crucial wickets with his leg spin.

Mahmudullah did not look happy and no wonder after his side, fresh from T20 wins over Australia and New Zealand, were on the end of Scotland’s first victory over a full member at a major ICC event.

Scotland now face Papua New Guinea on Tuesday, with their opponents having lost to hosts Oman in their opener.

Scotland beat both of their other group opponents in competitive one-day internationals last month and Burger is determined to keep progressing.

“It’s a wonderful feeling when a plan comes together,” he told the Cricket Scotland website.

“We always believed that we could beat them, but we also know that this is just another game and we’re going to have to put it behind us pretty quickly because we have another game coming up.

“We know in this competition that any team can beat any other team, so we can’t take our eye off the ball.”