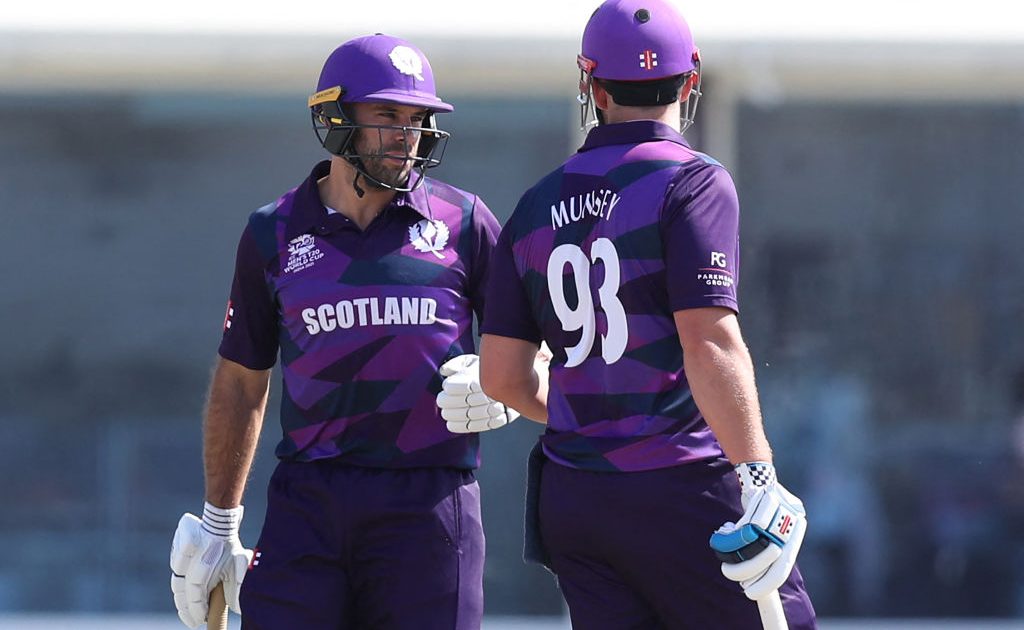 Scotland head coach Shane Burger has called on his in-form side to “inspire a nation” back home by sealing a historic spot in the next round of the T20 World Cup.

The Scots have two wins from two in the first round, having given Bangladesh a bloody nose in their opener and then followed up with a victory over Papua New Guinea.

One more against hosts Oman on Thursday would send them through in first place, a fine achievement for a side who arrived with a solitary win from the previous six global tournaments.

Lose and things could get tricky, with net run-rate required as a tie-break if Bangladesh defeat PNG, but Burger is reaching for the stars.

“It’s huge for Scottish cricket, this has the ability to inspire a nation,” he said.

“It’s amazing, the ability sport has to pull a nation together, to allow people to dream and that’s something I’ve mentioned to this group: we’re allowed to dream, we’re allowed to go out and do unrealistic things.

“We know what’s on the line. All the players know. We’ve prepared for it, we’ve spoken about it and if there’s any team that understands about a must-win game, it’s a team like Scotland. We often go into competitions knowing every game is a must-win.

“We spoke about topping the group before we arrived here, we planned for it and it wouldn’t surprise me if we did that. The mindset is there and the belief is there.”

Veteran captain Kyle Coetzer has been on a quiet run of form, scoring nought and six in the first two games, but remains one of Scotland’s most dangerous players.

Burger is full of faith in the 37-year-old, who could not hope for a better moment to hit his stride.

“I’ve no doubt Kyle is one day, one performance away from really nailing his form,” he said.

“He’s in the form of his life in the nets, he’s just got to take it into the match. As a leader he is inspiring, he brings a sense of calm and tactically he has got a lot right in the last couple of matches.

“The believe in what he wants to do and I can’t think of anyone who deserves success more than him.”