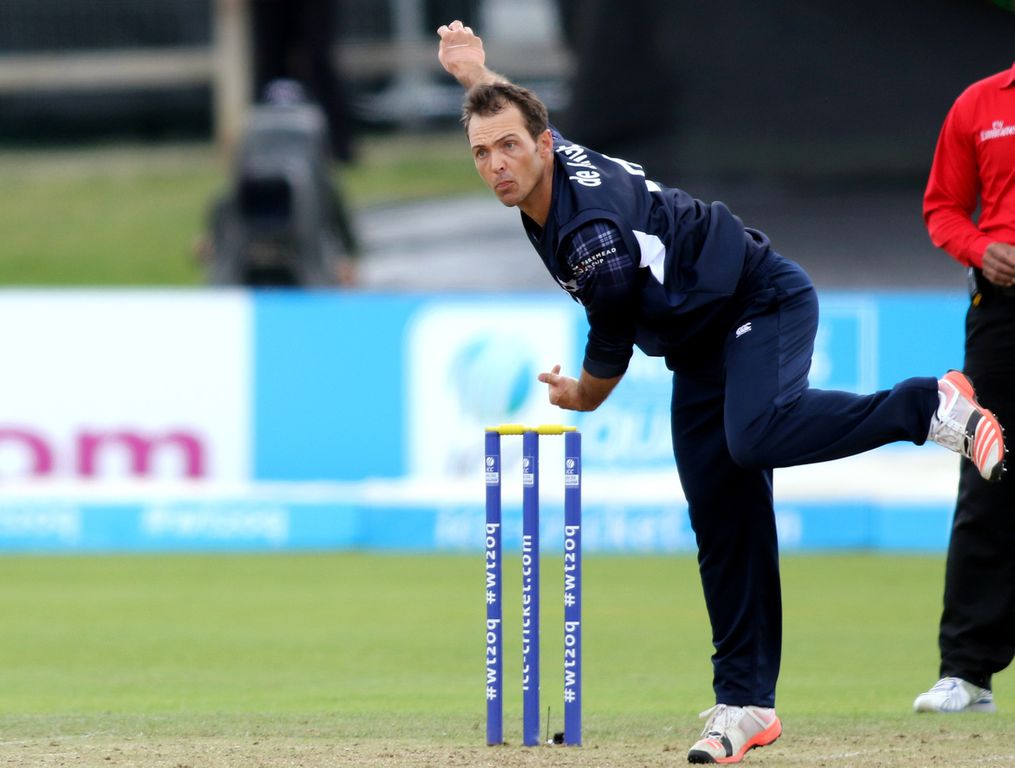 Cricket Scotland has revealed that allrounder Con de Lange is suffering from a brain tumour having been diagnosed approximately 10 months ago.

The South Africa-born player has not represented Scotland since November 2017 and it has now been confirmed that he has a brain tumour.

Cricket Scotland chief executive Malcolm Cannon said in a press release: “Cricket Scotland continues to support Con and his family and we have respected his wishes for confidentiality throughout this difficult period.

“Con has been a superb servant to the game of cricket in Scotland and is a very popular member of the squad.

“We are now delighted to help the cause by spreading the word throughout the broader cricketing family both at home and overseas, and we know there will be an overwhelming level of support from this close-knit community.”

His best ODI bowling figures of 5-60 came against Zimbabwe in 2017 and helped Scotland to their first ever victory over a Full Member nation in the 50-over format.