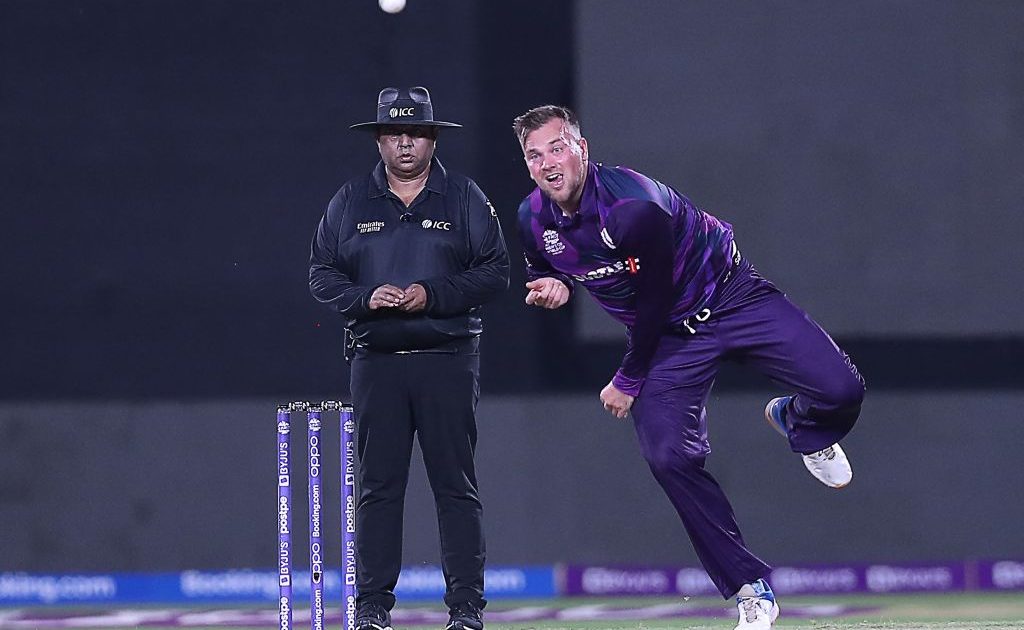 Mark Watt believes Scotland’s next opponents at the T20 World Cup should be “worried” after they booked their spot in the Super 12 stage by thrashing Oman to finish top of their group.

A potentially tricky chase of 123 on a slow surface was negotiated with ease as Scotland prevailed with eight wickets and three overs to spare on an historic evening to claim their third win from three matches in Muscat.

Having gone past the opening round of an International Cricket Council global event for the first time, Scotland can now look forward to contests against India, Pakistan, New Zealand, Afghanistan and another qualifier.

They made shockwaves by beating England three years ago in a one-day international and have surprised many in recent days by confining Bangladesh to second spot in their group, but Watt insisted they are a team on the rise.

“We’re just over the moon to top the chart,” Watt said. “It’s incredible but not unbelievable, we totally believe we could do it and the guys are absolutely buzzing.

“I think we’re going to make a few upsets, I don’t see why not. We’ve done it before – we’ve beaten the best ODI team in the world, we’ve beaten Bangladesh here and I think teams won’t take us lightly.

“They should be worried about Scotland, we’re in a great run of form and we’ve got a lot of momentum going forward. I don’t think we need to do anything else different, we’ve won three out of three, and beaten Bangladesh.

“If anything I think Bangladesh need to change a few things because they’ve struggled in this group like we knew they would. I think we just need to keep doing what we’re doing.”

Watt first came to prominence with three for 55 in the historic ODI win over England in a high-scoring game, snaring Jason Roy, Sam Billings and Moeen Ali, and he could now come up against some of the game’s finest batsmen.

India’s Virat Kohli and Rohit Sharma, Pakistan’s Babar Azam and New Zealand’s Kane Williamson are potential future foes for the slow left-armer, who said: “That’s why you play the game: to play against the big stars.

“You want to challenge yourself against the best and they certainly are the best in the world. All the guys are just absolutely buzzing to showcase their skills against the whole world.”

Asked whether he has anything special lined up for Kohli, Watt said with a beaming grin: “I’ve got quite a few plans for Virat. I’m going to keep them hush-hush at the moment, but I think he should be worried.”