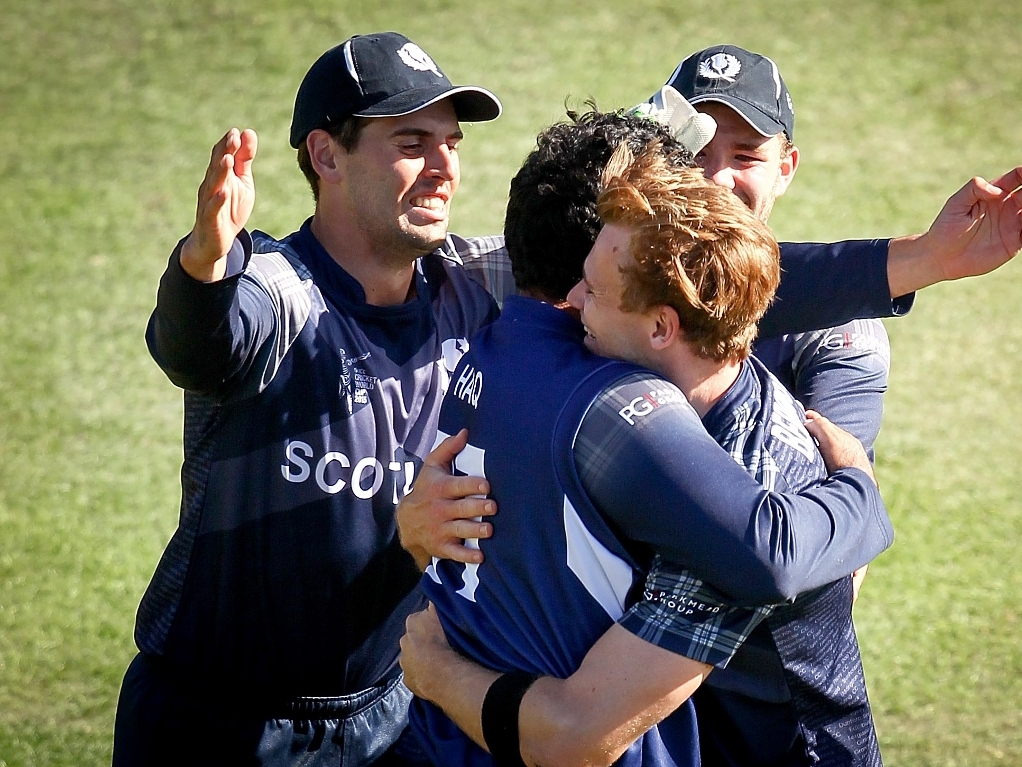 Scotland captain Preston Mommsen said the mood in the side is still good and they will leave the World Cup, after their final match against co-hosts Australia, a stronger side than the one that arrived.

Although the Scots have lost all five of their matches so far at the global event, and stand virtually no chance against Australia in Hobart on Saturday, Mommsen said there is a lot they could take out of the tournament.

The Scottish camp was rocked after their last match, against Sri Lanka, when spinner, and most-capped player, Majid Haq was sent home for sending a racial tweet after dropped for the match.

Mommsen said: "The mood is actually pretty good still. We know we haven't won a game, which is very disappointing for us. But we know we still are relatively young when it comes to World Cup experience, and apart from Majid, no one had played in a World Cup before.

"We'll leave this tournament as a stronger and better team, even though we haven't yet had a victory with one game to play. We're still very positive. The guys are in a good frame of mind. Obviously, the incident, that's disappointing from a team point of view.

"But I can't really say too much more. It is disappointing, but these things do happen, and they'll be dealt with. As a group, we're focused on tomorrow."