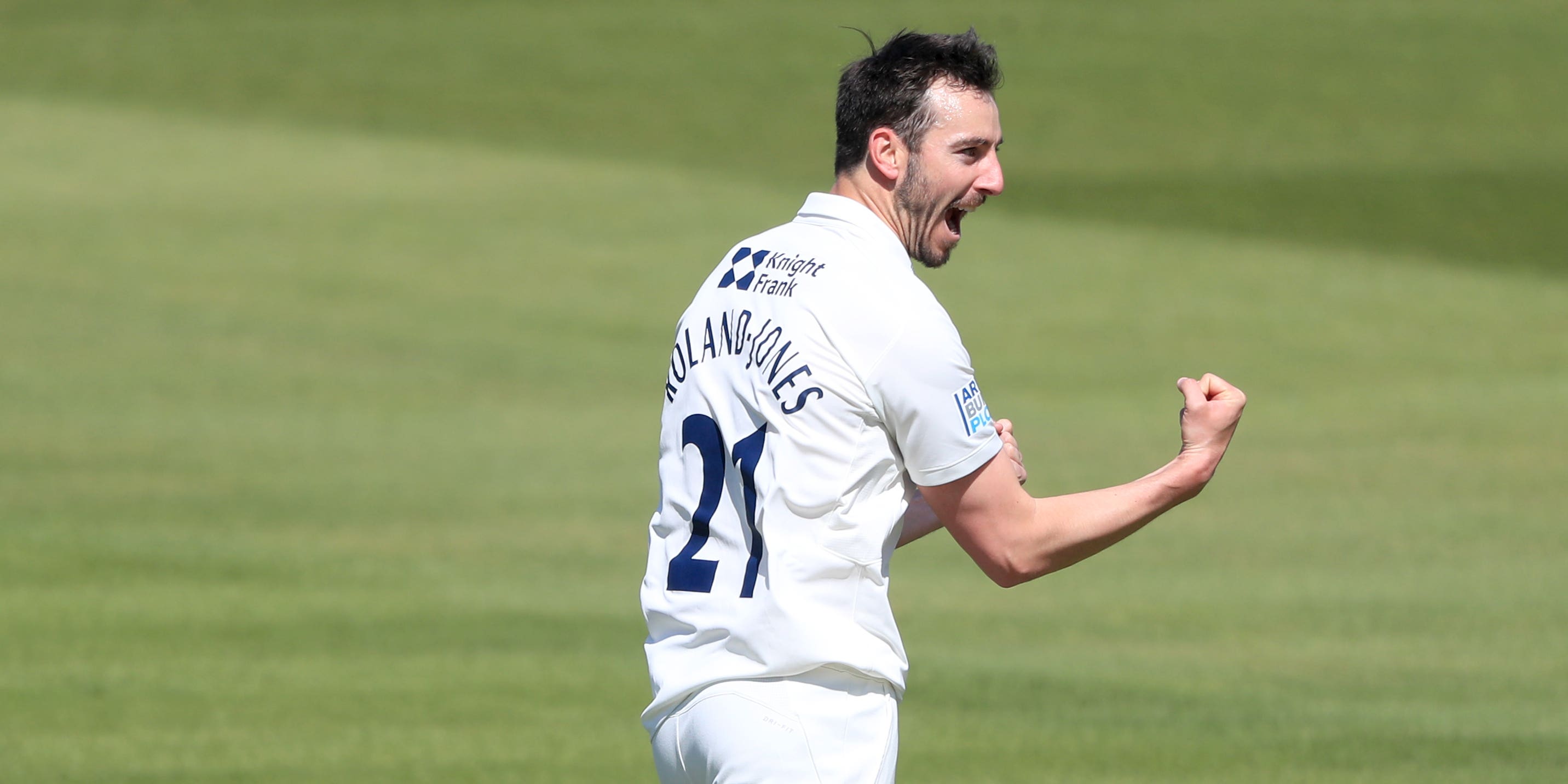 Surrey were hoping to set a tough chase when they resumed on 105 for three, but lost all seven wickets for just 25 runs as the home seamers ran riot.

Ethan Bamber got the ball rolling when he dismissed England’s Rory Burns with the first ball of the day, and he combined with Tim Murtagh and Toby Roland-Jones (four for 29) to strangle the Brown Caps. Middlesex needed just 17 to win and took only 15 deliveries over the chase.

Somerset also wrapped up victory over Leicestershire, with Craig Overton and Jack Leach starring with the ball at Grace Road.

The pair shared six wickets on the day, Overton finishing with an exemplary return of five for 25 including 10 maidens and Leach taking three for 43 as the Foxes collapsed to 199 all out.

That left a chase of 115 and Somerset romped over the line for the loss of just one wicket, with the highly-rated Tom Lammonby cracking 70 not out in 80 balls.

Dom Bess, who left Somerset to escape Leach’s shadow and lead Yorkshire’s spin attack, enjoyed his best day yet for the White Rose as he took on the responsibility of teeing up an exciting finish against Sussex.

Defending a target of 235, Bess claimed five for 33 at Hove as the home side were reduced to 136 for six. With 99 needed on day four, the off-spinner has more still to do. Gary Ballance had earlier reached 74 in his comeback match before becoming one of 20-year-old Jack Carson’s five victims.

There was a long-awaited century for Nottinghamshire’s Haseeb Hameed at New Road, with the one-time England opener raising his bat for the first time since April 2019.

He made 111 of his team’s 276 all out against Worcestershire and added another 37no when the Pears made their opponents follow on. He and Ben Slater saw off 35 overs before the close and need to clear another 73 from the deficit before making the hosts bat again.

Reigning champions Essex will head into day four at Warwickshire with a lead of 224 and one wicket in hand after important half-centuries from Dan Lawrence and Simon Harmer. The latter top-scored with an unbeaten 62 in a total of 213 for nine and his off-spin is likely to play a leading role in the denouement at Edgbaston.

Durham declined to enforce the follow-on after the prolific Chris Rushworth claimed six for 58 in Derbyshire’s 267 all out, but still hold the whip hand at Chester-le-Street.

Having opted to bat again they stretched their lead to 383 before declaring on 175 for two, with David Bedingham adding an unbeaten 53 to his first-innings 257. Derbyshire were 10 without loss after five overs but face a battle to save a draw.

Lancashire made Kent follow on after dismissing them for 169 in response to 525, but were unable to force their position as Daniel Bell-Drummond’s unbeaten 108 led a fightback at Canterbury.

Kent will resume 147 in arrears on 209 for one, with England’s Zak Crawley joining Bell-Drummond at the crease following Jordan Cox’s dismissal for 80.

Gloucestershire were also sent straight back in by Hampshire at the Ageas Bowl having failed to avoid the follow-on by a single run. Half-centuries for form pair James Bracey (65) and Ryan Higgins (73) were not enough as Mohammad Abbas led the attack with four wickets.

Gloucestershire were 136 behind at stumps, having safely negotiated six overs of their second innings.

Glamorgan established a healthy lead of 248 against Northamptonshire, with half-centuries for Nick Selman and Billy Root central to their second-innings 205 for four.