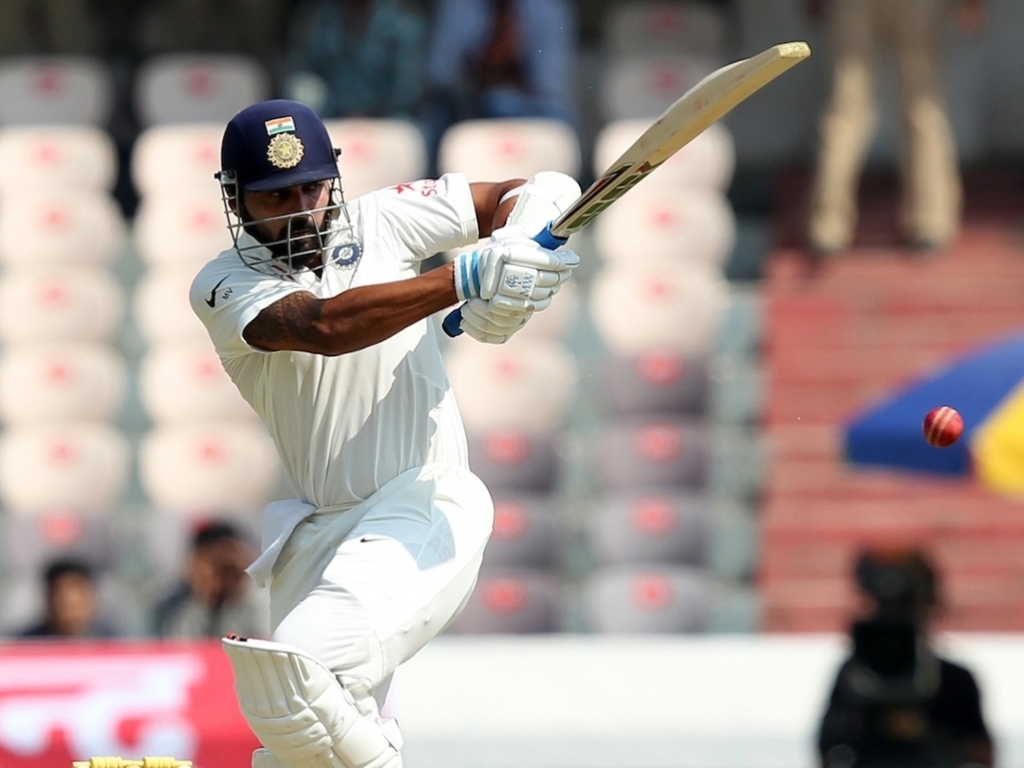 Before the start of the first Test between India and Australia it seemed a simple task to predict what was going to happen in this series.

It was thought Australia would struggle to adapt to the conditions and go down in flames in much the same way they did in Sri Lanka.

Then the Pune Test happened, Australia twice past 200 with willow in hand and India twice failed to gather more than 150 as they slumped to defeat on a raging turner.

The pitch was subsequently rated as poor and India’s pundits set about finding excuses for the performance.

In Bangalore Australia will not have the element of surprise on their side but they will have confidence and momentum and this is key in India.

Australia named an unchanged XI a day out from the start of the Test letting India know exactly what they will be bringing to the M Chinnaswamy stadium.

The tourists will fight hard from the outset but that may not be enough if Virat Kohli’s men hit their straps and show what they are capable of.

Kohli has called on his team to focus on executing their skills and not pay too much mind to the Australians.

India had the air of a side bloated by a long winning streak that was simply unable to get up for a vital clash with their long-time foes in the first Test but having been exposed to a full week of Aussie gloating they won’t need any reminding that they need to take it up a notch.

The main focus for India will be sharpening up in the field, the raft of chances afforded them by Steve Smith on his way to a captain’s century in Pune was simply unacceptable, and showing a vast improvement with bat in hand.

They will need to counter the smart bowling of Steve O’Keefe and his spin colleague Nathan Lyon.

Australia will simply need more of the same. They need to take every chance they can to put India under pressure and throw them off their dominant game.

This is truly a tough one to call but we fancy India will come back hard and Australia might not have what it takes to avoid a defeat.

Murali Vijay is a man who needs to find form as soon as possible as he and Lokesh Rahul need to prevent Australia from making early inroads into their batting order, allowing Mitchell Starc and Josh Hazlewood to have a crack at Cheteshwar Pujara and Kohli with the new ball.

Ravi Ashwin is the best bowler in the world for a reason and should Australia find themselves batting last on this surface he could be the difference between the two teams.

Smith is the glue that holds this batting unit together and if India can knock him over cheaply the whole thing could come down like a house of cards.

O’Keefe was brilliant in Pune but needs to prove he wasn’t a one-hit wonder and maintain his dominance over the Indian batsmen.