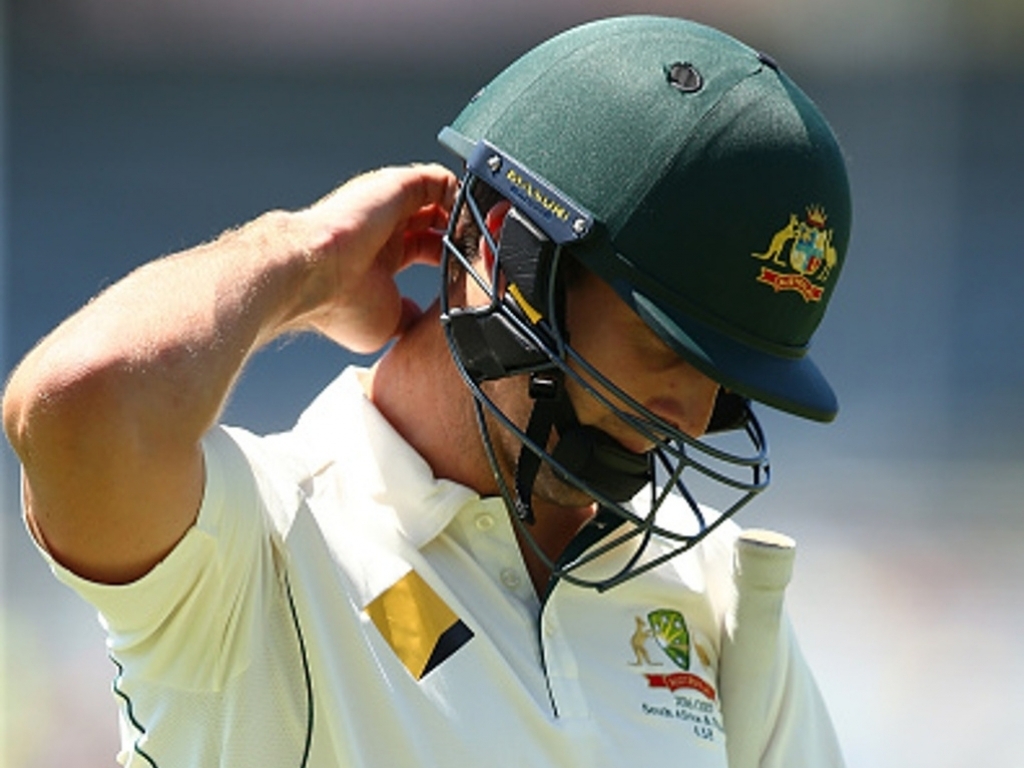 Australia allrounder Mitch Marsh missed out on the second Test against South Africa in Hobart despite being given assurances by selectors that he would play.

National selector Mark Waugh indicated in the build up to the Test that Marsh would have at least two games to prove his worth to the Baggy Green.

Waugh told Triple M: “He is not cooked because we have actually picked this team for the first two Tests – he definitely has two Tests.”

Head coach Darren Lehmann backed that statement up saying the squad of 12 was fixed but once the Test in Perth ended the tune was changed.

Callum Ferguson was drafted into the squad and it became clear that overhead conditions would determine which of the two allrounders would play.

In the end Ferguson would debut, and so far has failed to surpass Marsh in terms of performance having been brilliantly run out for 3 on day one of the second Test in Hobart after a direct hit from substitute fielder Dane Vilas.

Former Test opener Chris Rogers feels that the selector’s painted themselves into a corner with the language they used and led Marsh on.

Rogers told Fox Sports: “What do you say? I think they back themselves into a little bit of a corner and then there was a realisation with this Test it might be shorter … That’ll be that excuse but it’s really hard on Mitch Marsh.

“It does give an interesting message to the change room.”

Former Australia quick Mitchell Johnson made his feelings known by tweeting a link to an article in the Guardian where Waugh was quoted as saying Marsh was ‘not cooked’.

Marsh can’t have too many complaints about being dropped based on his performances but it is clear that he was given false assurances.