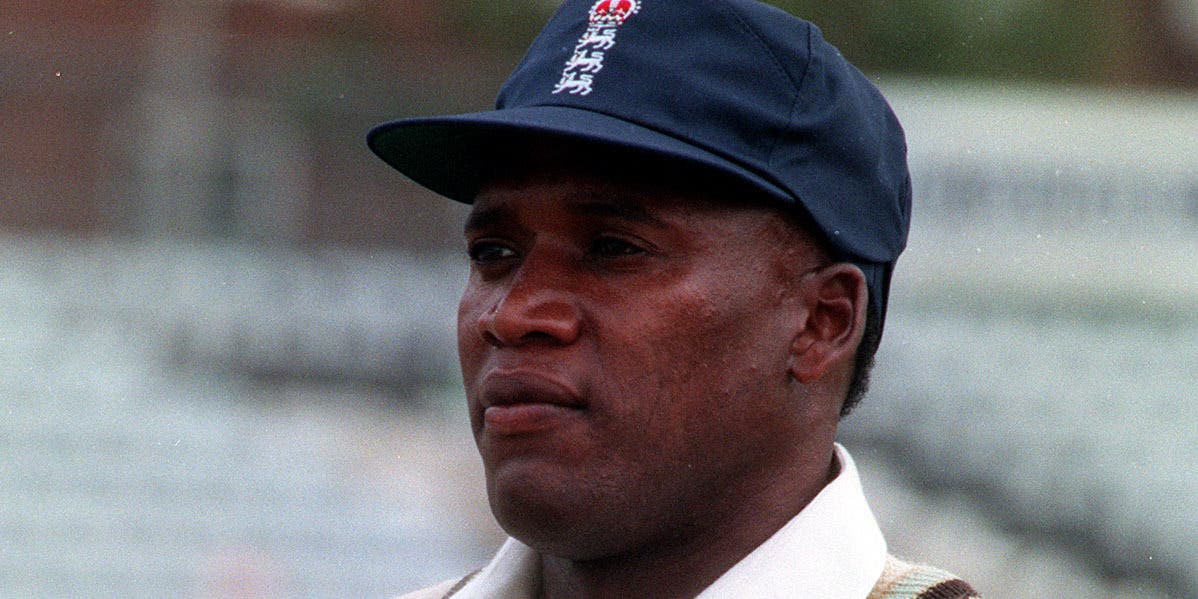 The England and Wales Cricket Board has suspended a senior official who has been accused of making a racial slur towards former fast bowler Devon Malcolm, according to reports.

Both the Telegraph and the Times say the unnamed person, who has worked at English cricket’s governing body for several years, allegedly made a remark earlier this season about being unable to see Malcolm until he smiles and has been stood down pending an investigation.

The ECB has declined to comment on the claims, which represent another setback as the sport looks to repair its image following Yorkshire’s mishandling of Azeem Rafiq’s allegations of racism at Yorkshire.

Malcolm took 128 wickets in 40 Tests and a further 16 in 10 one-day internationals for England, having emigrated to Sheffield from his native Jamaica when he was a teenager in 1979.

His best moment on the field came when he took nine for 57 against a shellshocked South Africa at The Oval in 1994, delivering a masterclass in pacey, aggressive bowling that is still fondly recalled.

Now aged 59, Malcolm and another former England fast bowler in Dean Headley were last year among five new people added to the ECB’s match referees panel as part of a bid to improve diversity.

The absence of non-white officials came to prominence in 2020 when former umpire John Holder and Ish Dawood, who was unable to progress from the reserve list, made allegations of discrimination in the appointments system.

Holder and Dawood withdrew their employment claim against the ECB one week after the appointments of Malcolm and Headley, who alongside former Durham captain Will Smith, Alec Swann and Simon Hinks were added to a new ‘supplementary panel’ of match referees.