Home News Shafiq happy to fly under the radar at six

Shafiq happy to fly under the radar at six 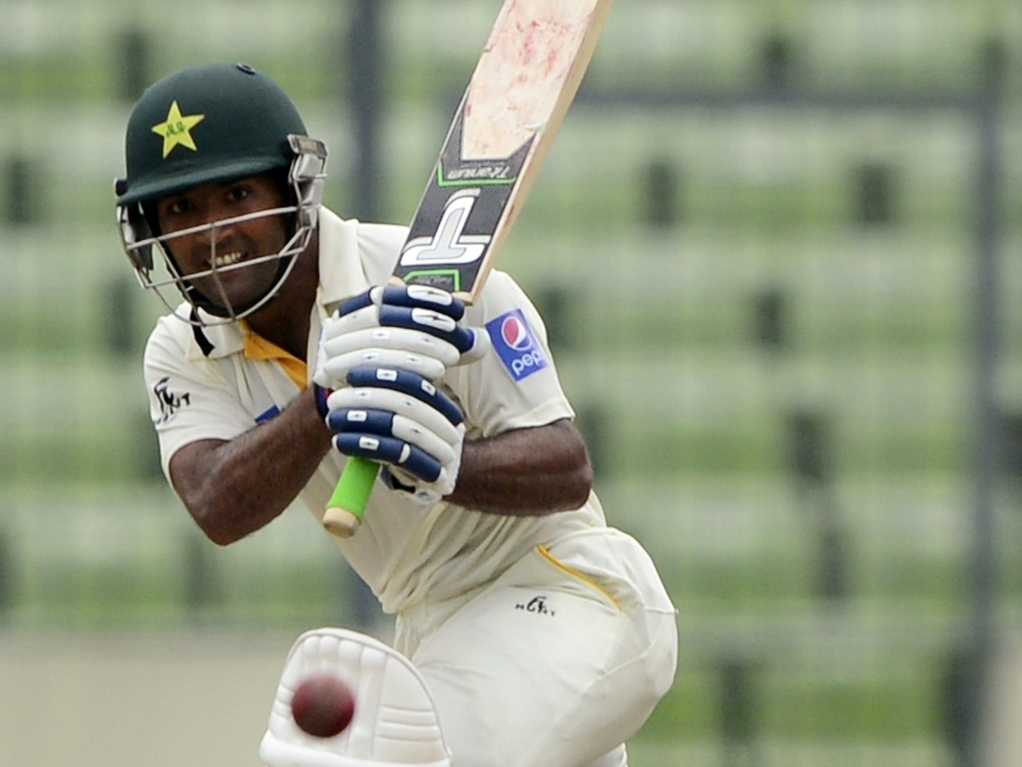 Pakistan batsman Asad Shafiq is one of the most successful number sixes in the world, scoring a joint-record eight tons in that position, and says he takes great pride in batting with the tail to annoy bowlers.

Shafiq's eight tons is the same as Sir Garry Sobers' record, but the Pakistan batsman had never batted that low down until he made his debut for Pakistan in 2010. Since then, he has embraced the role, in his quiet way.

He told Cricinfo of his 'demotion': "That was the team requirement, so whatever the team wants me to do, whatever role they want me to play, I really take it as a responsibility.

"I want to do more with my batting at No. 6. It was difficult in the beginning because I'd never batted with the tail. It's very difficult, you have to give confidence to the tail, to the bowler who cannot bat like a batsman.

"They think they've got all the batsmen out and after that, if the partnership builds between me and a tailender, that's the most frustrating thing for the opposition."

Shafiq has been with the team during a long rebuilding phase, since the match fixing scandal in 2010 threw Pakistan cricket into disarray, and has credited skipper Misbah-ul-Haq for their turn around in fortunes. Misbah took over for disgraced captain Salman Butt six years ago.

Shafiq added: "It was a difficult time but I would like to give credit to Misbah for that. He really took on the responsibility and showed the correct way and put his belief in every player.

"Whatever had gone on had gone. We had to move forward, we had to forget all the things we left behind. We needed to look forward every time and show the world that we were good cricketers who could play in any conditions and beat any team in the world.

"So that's the belief we carried from there and each and every day it got better and better. After that we rebuilt our reputation. Every player was good after that.

"When you go on any tour with the star on your chest, then it is your responsibility to take all of the things that belong to your country and that's my belief: I shouldn't do anything that would hurt my people back home, that would reflect anything negative on my country.