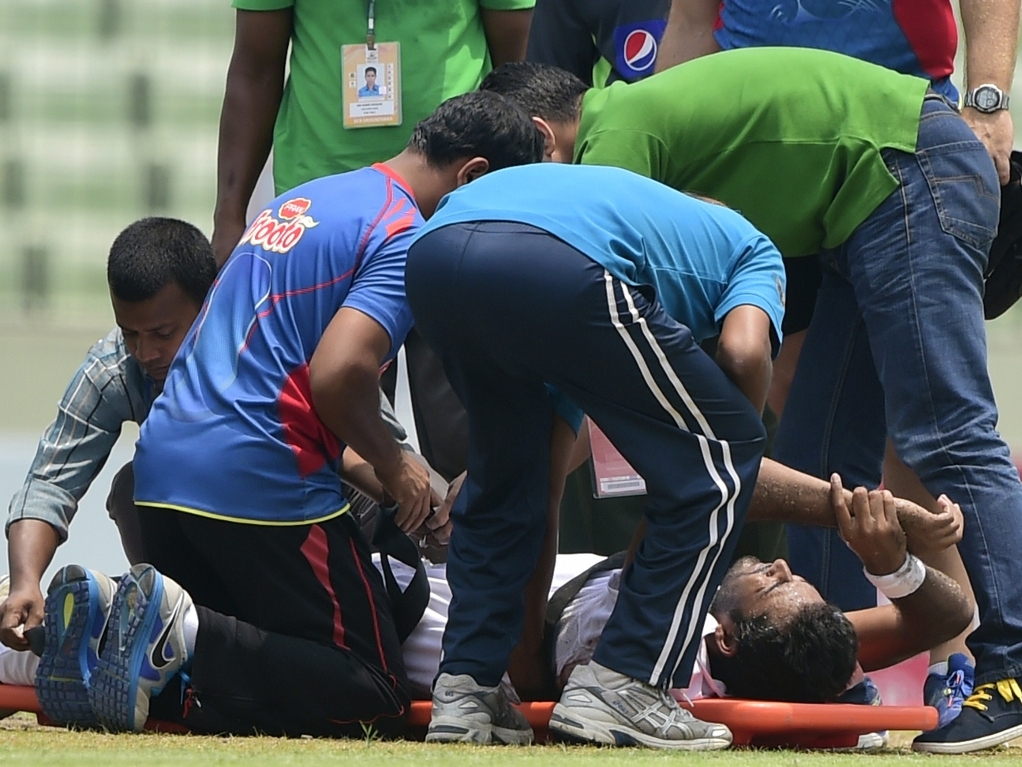 Bangladesh will be without fast bowler Shahadat Hossain for the next six months after he picked up a knee injury in the second Test against Pakistan, twisting it badly enough to probably require surgery.

Shahadat hurt his knee in the morning session on day one in Dhaka, and went off the field for most of the session. He then bowled in the nets during the lunch break, reportedly against team orders, and fell, tearing his ligaments.

Team doctor Debashish Chaudhary told the Pakistan Observer: "Shahadat’s injury is 'serious' not in terms as life-threatening but his MRI report (done at Apollo Hospital) indicates he has ligaments meniscus.

"Not only he will be able to bowl in this Test but he may miss the matches against India next month too. If he needs surgical intervention, the bowler may be out of the game for nearly five months.
.
"The medical team will assess him after 2-3 days and then decide whether to treat him conservatively or surgically. At present he has been advised to rest. Let the pain in his knee subsidies and till then he has been kept under observation.

"It will be the decision of the Bangladesh Cricket Board (BCB) whether to send him overseas for the surgery. But I can make it clear we also have the best surgical treatment in Bangladesh for such injuries."

This leaves the Tigers with just one fast bowler in the Test, and three spinners, and it's a big blow for future series as Shahadat is considered their fastest bowler in the country.