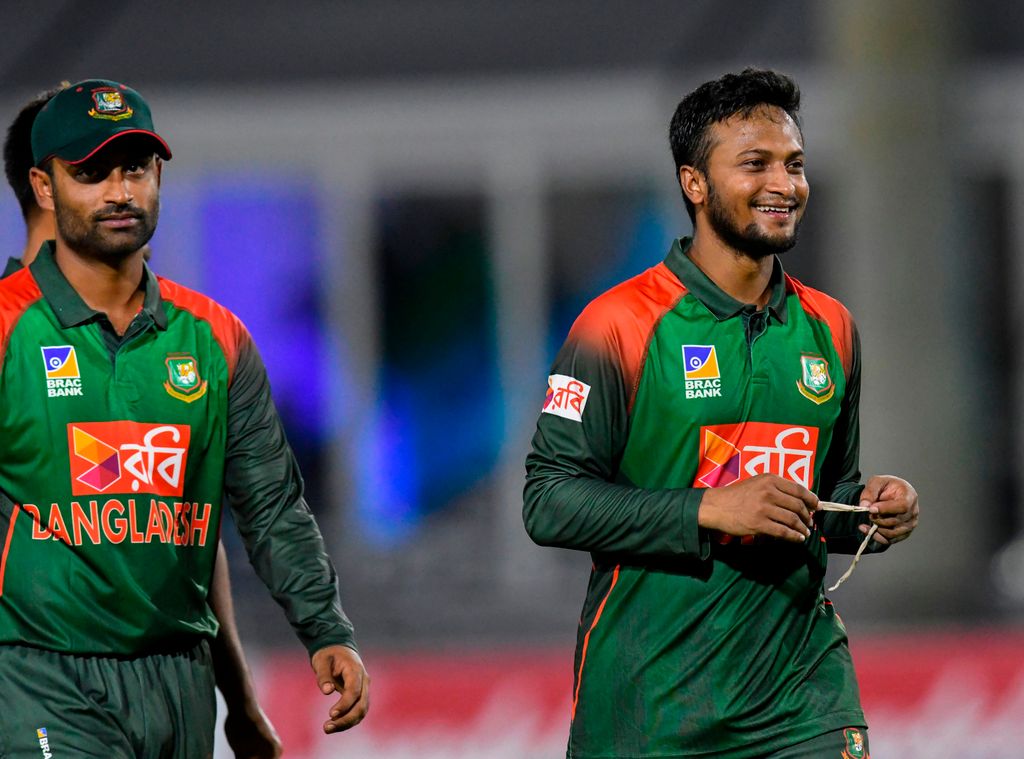 The West Indies won the first T20I quite comfortably, but the world champions faltered in the face of the big Bangladesh totals in the second and third games to concede the series.

That meant slips in the ICC T20I player rankings for their men, and gains for the visiting players who helped script the triumph.

For the Bangladeshis, Shakib Al Hasan (103 runs) and Tamim Iqbal (95 runs) were the main batting heroes, and they moved up eight spots to No.45 and six places to No.39 respectively on the table for batsmen.

Neither of them got big runs in the final game – though they did make key contributions – but Liton Das, the opening batsman, certainly did.

Mahmudullah, who didn’t go on to get a big score but hit quick scores of 35, 13* and 32* in the three games, also moved up, by three places to No.36, joint with Pakistan captain Sarfraz Ahmed.

Even as the main Bangladesh batsmen moved up, Lewis, the Windies’ top-ranked T20I batsman, slipped. Lewis, who had a poor one-day international series – 17, 12 and 13 – was done in by the guile of Mustafizur Rahman in both the T20Is he played, and went down from No.7 to No.11, where he is joint with India captain Virat Kohli on 671 points.

Andre Russell, meanwhile, did well with bat and ball, and that was reflected in the rankings.

The big gainers among the bowlers were Windies off-spinner Ashley Nurse, whose four wickets in the series took him up to the 91st place (up by 21 spots), and Bangladesh left-arm spinner Nazmul Islam, whose 3/28 in the second game helped him move up 14 spots to No.70.