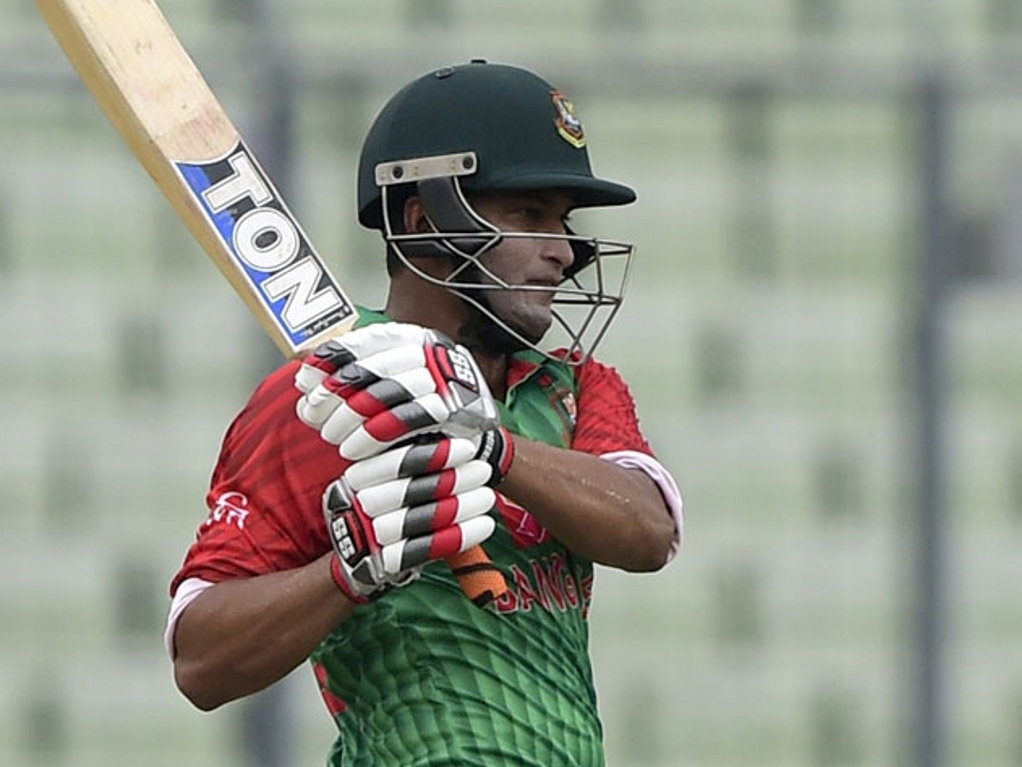 Bangladesh’s Shakib Al Hasan has received an official reprimand for breaching Level 1 of the ICC Code of Conduct during his side’s Asia Cup Twenty20 match against Pakistan in Mirpur on Wednesday.

The player was found to have breached Article 2.1.8 of the ICC Code of Conduct for Players and Player Support Personnel, which relates to 'abuse of cricket equipment or clothing, ground equipment or fixtures and fittings during an International Match'.

The incident happened in the 18th over of Bangladesh’s innings when Shakib, after being dismissed, hit the stumps with his bat in frustration. He then immediately apologised to the umpires for his action.

On Thursday morning, Shakib admitted the offence and accepted the sanction proposed by match referee Jeff Crowe. As such, there was no need for a formal hearing.