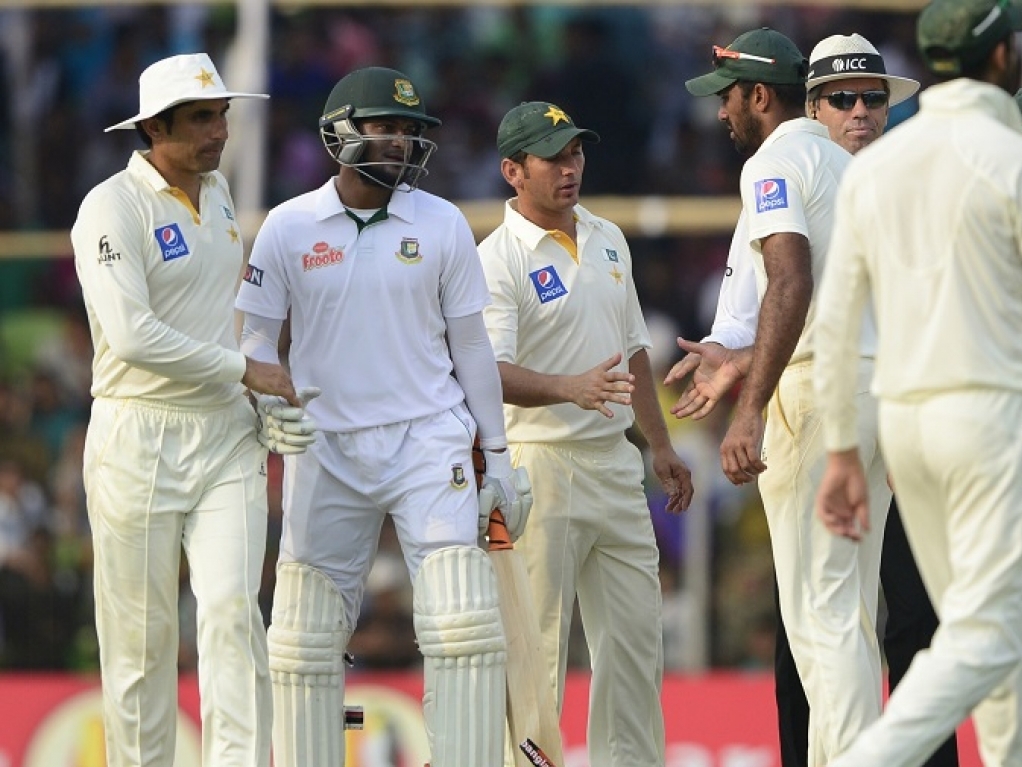 Bangladesh allrounder Shakib Al Hasan and Pakistan fast bowler Wahab Riaz have both been fined 30 per cent of their match fees for an altercation on the last day of the drawn first Test in Khulna on Saturday.

The incident occurred in the 118th over of Bangladesh's second innings, while Shakib was batting, when the pair were arguing and pointing fingers at each other on the field.

The players were found to have breached Article 2.1.8 (a) of the code, which relates to "conduct contrary to the spirit of the game."

Match referee Jeff Crowe said: "Posturing and finger pointing in each other's face is not what we expect from two senior international players and has no place in cricket.

"International cricketers should always remember that they are being watched and followed by millions and, therefore, need to always control their emotions and demonstrate respect."

The second, and final, Test of the series starts in Mirpur on Wednesday.